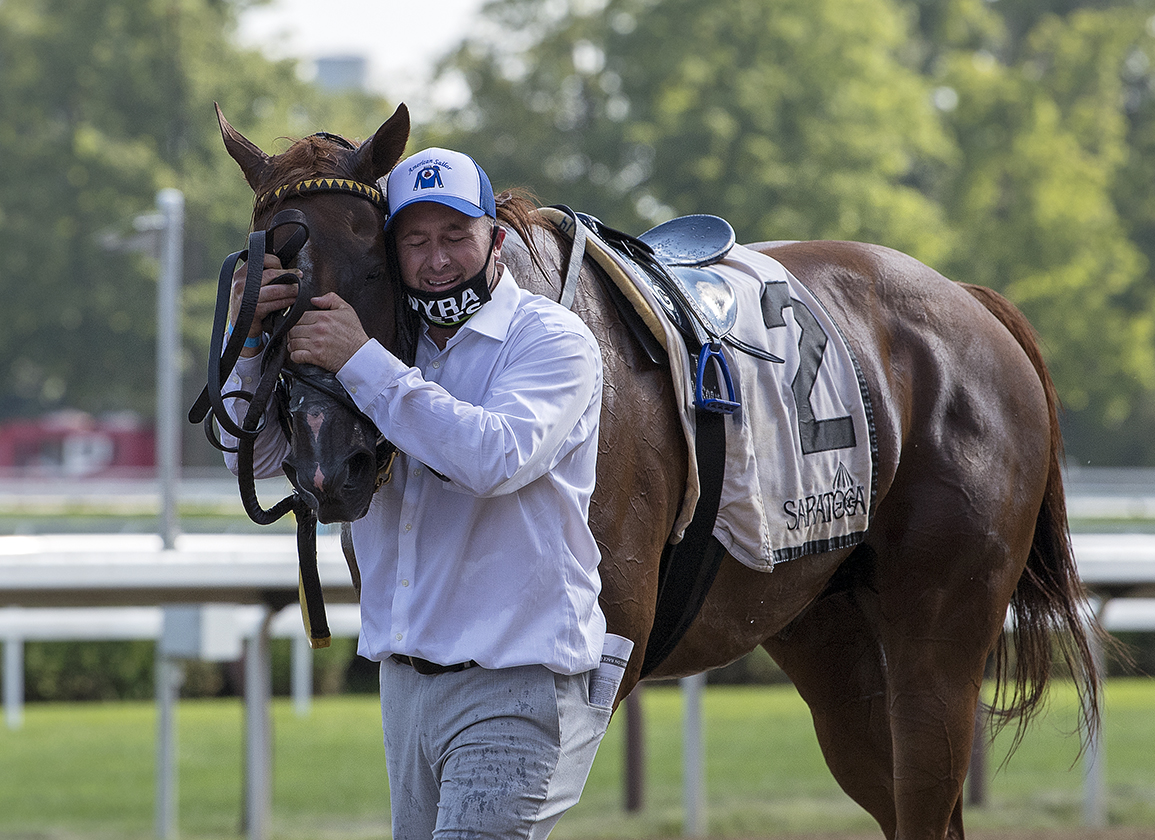 After the news that trainer Wayne Potts had been suspended by the New Jersey Racing Commission for the first 30 days of the Monmouth Park meeting, the New York Racing Association is investigating the possibility of holding a hearing and potentially suspending the trainer as well, according to NYRA spokesman Patrick McKenna.

The news was first reported by Dave Grenig of Daily Racing Form.

In a TDN story Saturday, it was revealed that on Aug. 6, 2021, Potts allegedly told his assistant, Bonnie Lucas, not to permit one of his trainees to be vanned off the track after a race at Monmouth Park despite an order to do so from the New Jersey Racing Commission (NJRC) veterinarian. Potts was fined $1,000 and suspended 30 days in September, with the dates of that suspension being announced just last week.

“In just the last five months, Wayne Potts has been suspended by both the New York State Gaming Commission and the New Jersey Racing Commission due to conduct in direct violation of the rules of racing,” said McKenna. “Most recently, Mr. Potts was proven to have jeopardized the health and safety of a horse by refusing to allow the horse to enter an equine ambulance as directed by a regulatory veterinarian. This is a particularly egregious breach of his most fundamental responsibility as a trainer—to ensure the well-being of horses under his care. NYRA has afforded Mr. Potts the privilege of stabling and racing at our venues, but this pattern of conduct calls into question whether he should continue to enjoy that privilege. NYRA is gathering the necessary facts to support a statement of charges and a formal administrative hearing to potentially suspend Mr. Potts from participating in racing at Aqueduct Racetrack, Belmont Park and Saratoga Race Course. In the near term, NYRA is determining immediate options such as revoking his stall allotment at Belmont Park.”

The news comes amidst the hearings being held as NYRA attempts to suspend trainer Bob Baffert from racing at their facilities.

Potts ran afoul of New York authorities after an incident in August at Saratoga where he violated the `restricted' transfer rule which prohibits the claim and subsequent transfer of a horse within a 30-day timeframe.

In August 2020, Potts was barred from racing and stabling at Maryland tracks due to accusations from The Stronach Group that he was operating as a “program trainer” on the basis that he was receiving horses that had been previously trained by the suspended Marcus Vitali.