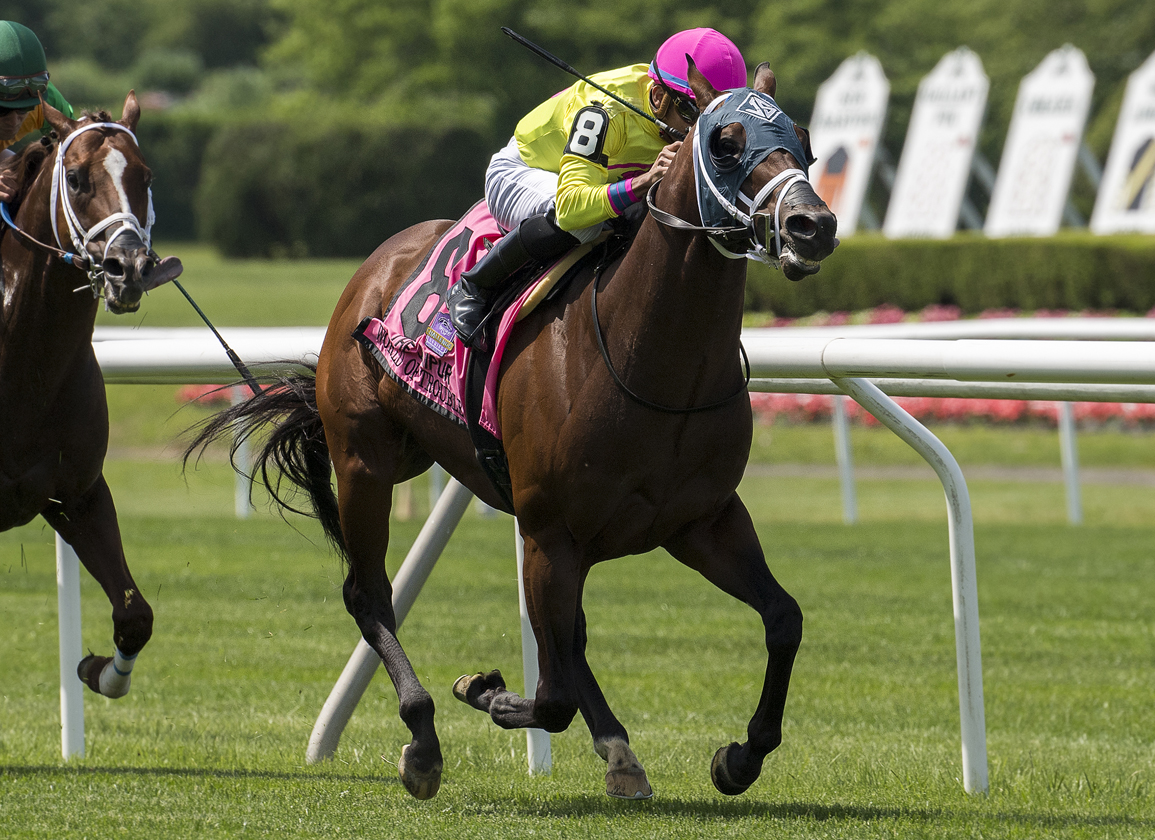 In this continuing series, we take a look ahead at US-bred and/or conceived runners entered for the upcoming weekend at the tracks on the Japan Racing Association circuit, with a focus on pedigree and/or performance in the sales ring. With plenty activity this weekend, we will serve up two helpings of American-bred and -sired runners, beginning with Saturday's runners at Hanshin and Tokyo. Sunday's featured event is the G1 Tenno Sho (Autumn), which will feature 2020 Triple Crown winner Contrail (Jpn) (Deep Impact {Jpn}), this year's G1 Japanese 2000 Guineas hero and Derby runner-up Efforia (Jpn) (Epiphaneia {Jpn}) and Gran Alegria (Jpn) (Deep Impact {Jpn}), the champion daughter of Breeders' Cup and MGISW Tapitsfly (Tapit):

Saturday, October 30, 2021
4th-HSN, ¥13,400,000 ($118k), Newcomers, 2yo, 1800m
BAHIR DAR (c, 2, Pioneerof the Nile–Llanarmon, by Sky Mesa) is the third foal from his GII Natalma S.-winning dam, a $240K Keeneland November purchase in foal to Into Mischief in 2017 before being acquired privately by Shadai Farm in 2018. Llanarmon foaled this colt Apr. 28, 2019 and was subsequently bred to Mendelssohn prior to her export to Japan. She foaled a filly by the GI Breeders' Cup Juvenile Turf-winning half-brother to Into Mischief last April. B-Shadai Farm (KY)

5th-TOK, ¥13,400,000 ($118k), Newcomers, 2yo, 1600mT
TOSEN CHIARA (JPN) (f, 2, American Pharoah–Giulia, by Sky Mesa) is the first produce of a dam who broke her maiden by many at two in Brazil before continuing her career in Uruguay, where she won the G1 Gran Premio de Ciudad de Montevideo on the dirt by 10 1/2 lengths in 2016 (see below, saddle cloth 7). Well beaten in two starts for trainer Michael Matz in this country in 2018, Giulia was acquired privately by this breeder and was covered by American Pharoah before continuing on to Japan. The bay hails from the extended female family of champion Chief's Crown (Danzig), winner of the inaugural GI Breeders' Cup Juvenile in 1984. B-Takaya Shimakawa

LADY SHIKA (f, 2, American Freedom–Lakefront, by Deputy Minister) becomes the first Japanese starter for her freshman sire (by Pulpit). The Feb. 18 foal, a half-sister to SW Dattts Our Girl (Thunder Gulch), was produced by an unraced daughter of Lakeway (Seattle Slew), a four-time Grade I winner and runner-up in the 1994 GI Kentucky Oaks and third behind Inside Information (Private Account) in her romping 1995 GI Breeders' Cup Distaff score. Lakeway's SW daughter Sluice (Seeking the Gold) was responsible for GISW Mushka (Empire Maker), second to Life Is Sweet (Storm Cat) in the 1999 GI Breeders' Cup Ladies' Classic. Sluice is also the dam of Aqua Julia (Exaggerator), who flew home from far back to graduate at first asking on Santa Anita debut Oct. 8. A $22K short yearling at KEEJAN last year, Lady Chika was RNAd for $45K at KEESEP and fetched $160K from Hideyuki Mori at this year's OBS March after breezing an eighth of a mile in the bullet time of :9 4/5. B-Mr & Mrs Craig L Minten (KY)