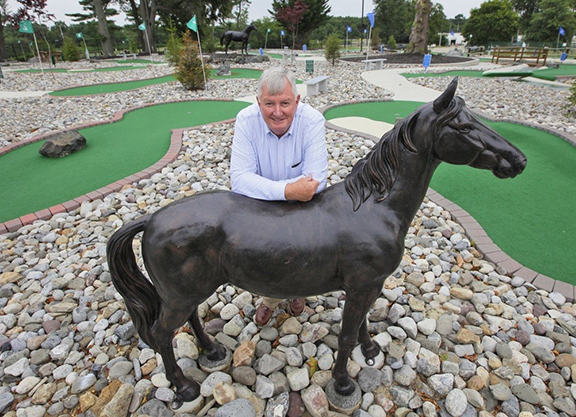 The New Jersey Thoroughbred Horsemen's Association issued the following statement on the passing of horseman John Forbes, their longtime president who passed away Sunday at the age of 73.

We are incredibly saddened by the passing of our friend, colleague and mentor John Forbes.

Born to a family of horsemen, John was the consummate horseman. He was old-school. He was devoted to the horse, the industry and its people. He was never satisfied with the status quo. He demanded of the industry that which he expected of himself—honesty, integrity, hard work and an unrelenting determination to protect the health, safety and welfare of the horse, the integrity of our sport and the welfare of those who worked on the backstretch. He was a generous, compassionate and decent man. He was beloved and respected by everyone who knew and worked with him.

In 1987, John asked his friend Alan Foreman to help form a new horsemen's organization that would be progressive and strengthen the voice of horsemen in the industry. Rick Violette joined the effort thereafter and the THA was born. But for John, there would not be a THA, and the record of the THA's impact on the industry can easily be measured since that time. There is not an issue involving the health, safety and welfare of the horse and the integrity of our sport that doesn't have John's fingerprints on it. In recognition of his lifetime of service to horsemen, the industry and the THA, we proudly honored him with our President's Award in 2018.

Just as important, John was a giant in New Jersey racing. He loved Monmouth Park and was devoted to its survival and success. He was New Jersey's greatest trainer, and when he retired from training, did what he could to ensure Monmouth's survival, including constructing and operating a world-renowned miniature golf course on the property that hosted 2 US Opens and earned him a spot in the Pro Mini Golf Hall of Fame. We think it fair to say that but for John Forbes, there would be no Thoroughbred racing industry in New Jersey.

Our deepest condolences to Vicki, John T, Anne and Carrie, his colleagues Mike Musto and Dennis Drazin, his trainer/partner Pat McBurney and his multitude of friends. We will miss him and pledge to honor his memory.