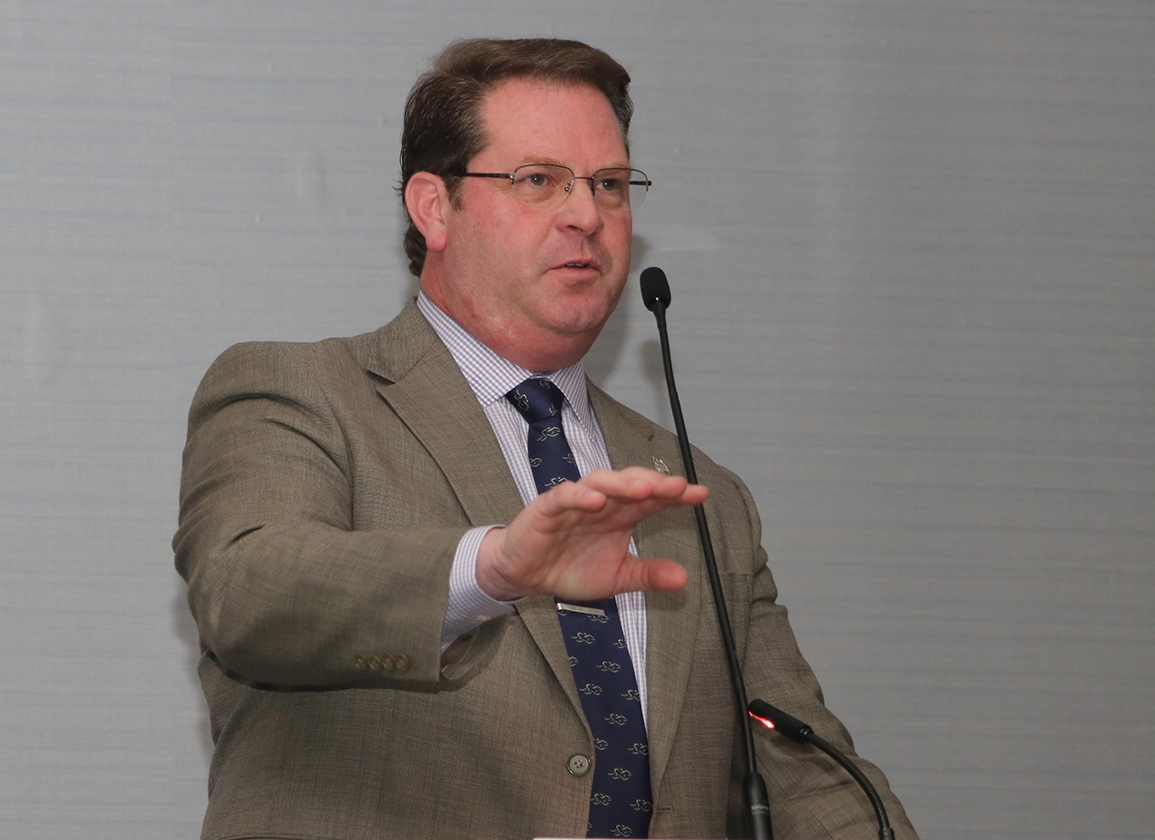 After Thursday's dismissal by a federal judge of the National Horsemen's Benevolent and Protective Association (NHBPA)'s lawsuit questioning the constitutionality of the Horseracing Integrity and Safety Act (HISA), the NHBPA issued the following response:

“Aspects of this law will have a devastating effect on our industry and put many hardworking horsemen and horsewomen out of business,” said National HBPA CEO Eric Hamelback. “We've been saying for several years that this legislation was illegal. We are considering our options to appeal the decision and remain committed to doing due diligence to ensure a legal solution that protects the health and welfare of our equine and human athletes is adopted.”

The statement continued, “In his decision, Judge Hendrix acknowledged his court cannot “expand or constrict” the precedents, which makes the ruling ripe for appeal. Judge Hendrix wrote, 'The Horsemen are correct that HISA creates a novel structure that nationalizes regulation of the horseracing industry…Although the Horsemen make compelling arguments that HISA goes too far, only appellate courts may expand or constrict precedent. This Court cannot.'”

“We are encouraged that Judge Hendrix recognized the strength of our arguments and plan to push them vigorously on appeal,” said Daniel Suhr, managing attorney at the Liberty Justice Center. “Congress cannot cede its legal authority to regulate an entire industry to a private organization. This case remains important to protect the integrity of not only the horseracing industry but also our Constitution.”

The statement concluded, “HISA still faces a separate federal lawsuit challenging its constitutionality. That suit filed in Lexington, KY., was brought by the United States Trotting Association; the states of Oklahoma, West Virginia and Louisiana with support from six additional states; and other entities that include two racing commissions and the Oklahoma Quarter Horse Association. In the best interest of horse racing, horsemen and horsewomen, we must continue to exercise our due diligence and see this through. The National HBPA appreciates the process. We believe Judge Hendrix has done deliberative, supportive work and has provided a path to move forward with our challenge.

A number of state and industry officials also issued statements on the decision:

For those long supporting the passage and implementation of the Act, this is a result we have long anticipated. To HISA Chairman Charlie Scheeler, CEO Lisa Lazarus, and the entire HISA team and its counsel, we express our gratitude for your continued dedication to the cause of equine safety and integrity in our sport. We look forward to HISA beginning the first prong of its programs to enhance our sport on July 1.

Marty Irby, Executive Director of Animal Wellness Action:
We applaud the court for validating what we knew all along, the Horseracing Integrity and Safety Act is in sync with the U.S. Constitution and intent of the Commerce Clause–some of the most brilliant legal minds in Congress, the animal protection space, and Thoroughbred horse racing prepared and vetted a bullet-proof measure that's now the law of the land.

It's time for the Horseracing Integrity and Safety Authority to swiftly implement the new law as intended and secure a contract with the U.S. Anti-Doping Agency to oversee all testing and enforcement so the eradication of doping can begin. We congratulate the Authority on this tremendous victory leading up to the running of the 148th Kentucky Derby.

U.S. Senate Repulican Leader, Ky Senator Mitch McConnell:
Kentucky's signature horseracing industry is a key part of our heritage and supports 24,000 workers across the Commonwealth. Working closely with sport leaders, horse advocates, and fans, Congressman Barr and I led the Horseracing Integrity and Safety Act of 2020 to passage to promote safety and fairness across Thoroughbred racing, ensuring the sport's future viability. This legislation's advocates knew from the beginning that it was fully constitutional, and I am pleased the court agreed with our arguments, which I supported through an amicus brief. I congratulate the Horse Integrity and Safety Authority for their recent positive momentum, moving us all closer to a safer, better-regulated American Thoroughbred racing industry.

Ky Congressman Andy Barr:
The Horseracing Integrity and Safety Act was carefully and thoroughly drafted with an eye toward ensuring the Authority it created was constitutional in its structure and powers. Throughout the process Senator McConnell and I consulted with lawyers and relevant precedent to ensure the statute would survive any constitutional challenge. The fact that the Northern District of Texas has upheld HISA reinforces that due diligence. I look forward to seeing the Authority begin its programming this summer and the further advancement of the sport.