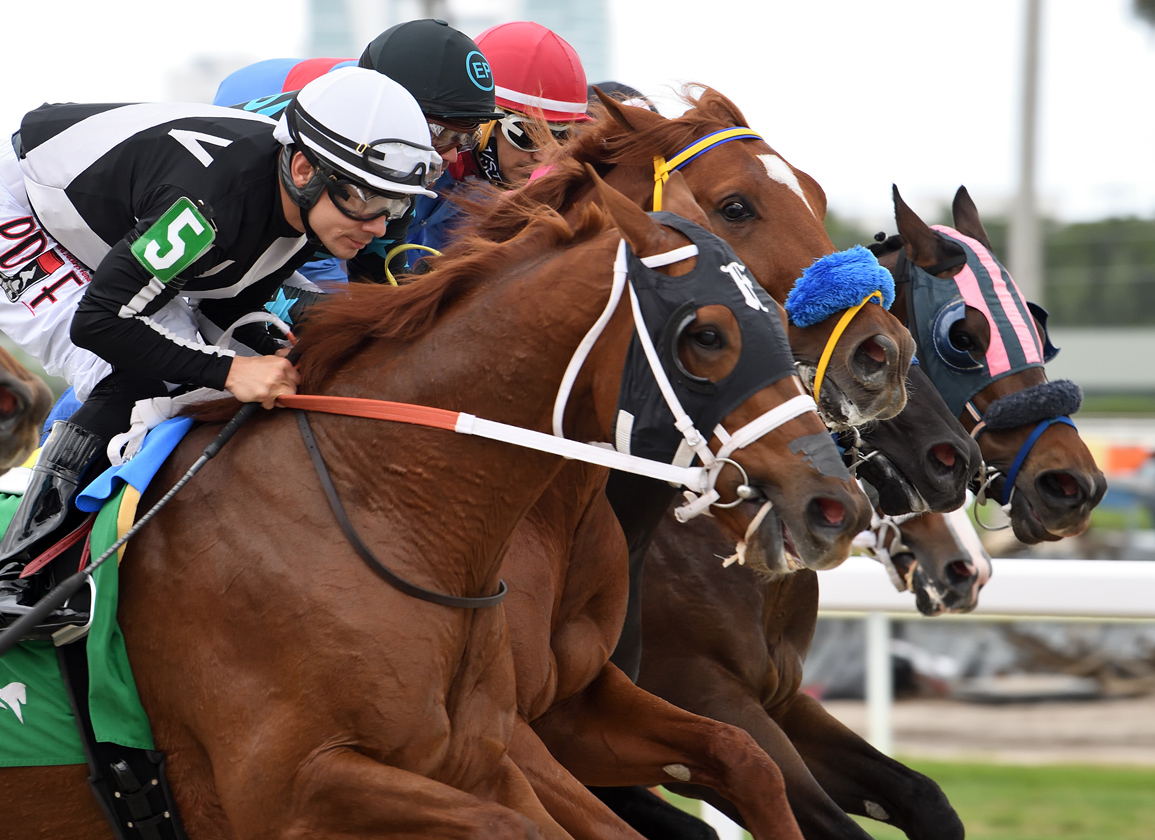 A federal judge on Thursday threw out a constitutionality lawsuit initiated one year ago by the National Horsemen's Benevolent and Protective Association (NHBPA) that was designed to keep the Horseracing Integrity and Safety Act (HISA) from going into effect on July 1, 2022.

“The Court recognizes that HISA's regulatory model pushes the boundaries of public/private Collaboration,” wrote United States District Court Judge James Wesley Hendrix in his Mar. 31 Northern District of Texas order. “The Court also acknowledges the dramatic change that HISA imposes nationwide on the Thoroughbred horseracing industry. But that change resulted from a decision of the people through Congress. And despite its novelty, the law as constructed stays within current constitutional limitations as defined by the Supreme Court and the Fifth Circuit.”

The NHBPA lawsuit is separate from a similar HISA complaint over alleged constitutional issues brought by racing commissions and attorneys general in a number of opposing states. That case, too, has a motion to dismiss pending.

It was unclear at deadline if an appeal would be in the works. Eric Hamelback, the NHBPA's chief executive, declined an opportunity to comment when contacted Thursday evening by TDN.

Jim Gagliano, the president and chief operating officer of The Jockey Club, which has backed the implementation of HISA, emailed a statement to TDN that read, in part, “For those long supporting the passage and implementation of the Act, this is a result we have long anticipated … We look forward to HISA beginning the first prong of its programs to enhance our sport on July 1.”

On Mar. 15, 2021, the NHBPA and 12 of its affiliates sued the Federal Trade Commission, its commissioners, the HISA Authority, and its nominating committee members, bringing claims under the private-nondelegation doctrine, public nondelegation doctrine, Appointments Clause, and the Due Process Clause, seeking to permanently enjoin the defendants from implementing HISA and to enjoin the Nominating Committee members from appointing the Authority's board of directors.

The plaintiffs also sought declaratory relief, nominal damages for violations of their constitutional rights, compensatory damages for any fees the Authority charges them, and attorneys' fees and costs.

The FTC and the Authority defendants separately moved to dismiss the complaint Apr. 30. The same day, the horsemen moved for summary judgment on their private-nondelegation and due-process claims only, abandoning the two other claims.

Hendrix wrote that to declare as unconstitutional any Act of Congress that is adopted by the Legislative Branch and signed into law by the Executive Brach is “one of the gravest powers courts exercise,” and that the NHBPA's claims failed to meet the standards for doing so.

The judge's 60-page order continued: “HISA creates a novel regulatory scheme that pairs the expertise of a private, self-regulatory nonprofit entity with the oversight of the FTC. Although modeled on the longstanding and long-upheld self-regulatory schemes found in the securities industry and elsewhere, the parties agree that HISA breaks new ground. And while the private plaintiffs favor nationwide regulation, they allege that HISA's unconventional structure facially violates the private-nondelegation doctrine under Article I and the Due Process Clause.

Hendrix wrote that, “The Horsemen allege many abstract constitutional harms but present only two possible concrete injuries”–financial injury arising from the payment of fees and an increased regulatory burden.

“At this stage, the Horsemen have not shown how the state commissions will react to HISA, so the alleged direct injury–the Authority charging the Horsemen fees–is not certainly impending.

The judge continued: “But the Horsemen offer no evidence that HISA will cause existing state fees to increase. And because, under HISA, state racing commissions no longer dictate medication control and racetrack safety regulation, they would have no need to finance those regulatory responsibilities. Accordingly, state racing commission fees may decrease. Adding Authority fees to a decreased rate may not raise the Horsemen's total financial burden beyond what they currently pay. As of now, there is no evidence detailing the amount of fees the Authority will charge.

“In sum, it remains unclear whether the Horsemen will be required to pay fees to the Authority. Even if they are not, it is uncertain whether state racing commissions will increase the fees the Horsemen owe. Thus, any financial injury is 'speculative' at this stage.”

Hendrix wrote that “no one disputes that the Horsemen will be the 'object' of regulations adopted under HISA…” But, he added, beyond the presence of impending regulation, “The Horsemen must show an 'imminent,' concrete injury to challenge the statutory scheme under which they will be regulated.”

Hendrix acknowledged the NHBPA's argument that the HISA statute itself “renders the FTC a rubber stamp because the FTC has no pre-existing expertise in horseracing and only has 60 days to review proposed rules.”

But, the judge explained, this abnormality “is not fatal. While the Horsemen's concern is understandable–the parties agree that the FTC lacks pre-existing expertise in Thoroughbred horseracing–neither contention presents an adequate legal basis on a facial challenge to hold that FTC review will automatically prove meaningless.”

Hendrix also wrote that, “Congress has not given away its legislative power under Article I nor violated due process because the Authority does not possess unrestrained and unreviewable power to regulate.”

The judge continued: “The Horsemen also argue that the standing committees–which provide advice to the Board–are infected with self-interest, but their argument fails for similar reasons.

Four of the seven members of both committees must be independent and subject to the conflict-of-interest provisions. Only one of the remaining three members may own a covered horse, while the other two industry members must represent other 'equine constituencies. Both standing committees, however, are subject to the Board's oversight, which, in turn, is subject to FTC oversight.

To sum up the dismissal, the judge wrote, “The Horsemen are correct that HISA creates a novel structure that nationalizes regulation of the horseracing industry. But they cannot escape the reality that HISA satisfies the current, low thresholds created by Supreme Court and Fifth Circuit precedent.

“Although the Horsemen make compelling arguments that HISA goes too far, only appellate courts may expand or constrict their precedent. This Court cannot. And under current frameworks, HISA stays within constitutional boundaries,” the order stated.