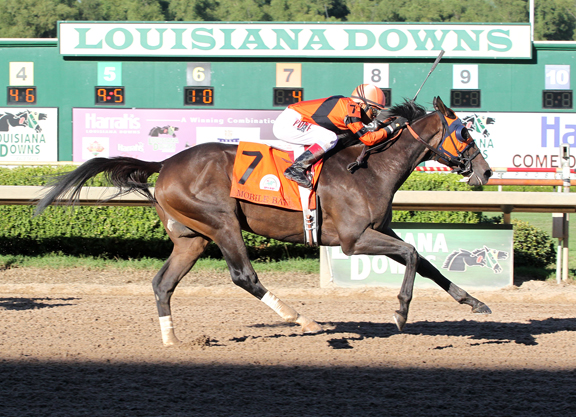 After receiving back-and-forth written briefs from both parties on whether or not to impose a preliminary injunction that would halt the Horseracing Integrity and Safety Act (HISA) Authority's rules until a lawsuit challenging them gets decided in full, the judge in charge of the case on Friday denied a request by the plaintiffs to hold a potentially lengthy in-person hearing to debate the issue any further.

The plaintiffs, led by the states of Louisiana and West Virginia, plus the Jockeys' Guild and various Louisiana-based “covered persons” under HISA rules, had told the judge Thursday that it was imperative to allow them to plead their case for an injunction in person.

The plaintiffs wrote in a July 21 court document that they were prepared to produce at least 10 witnesses to testify to the “extreme level of disruption that the HISA rules are inflicting on the States, racing commissions, industry, and its participants.”

That witness list consisted of Louisiana-based horsemen's group and racing commission executives, plus racing officials, veterinarians, owners, trainers, jockeys, a state steward, and two Jockeys' Guild representatives. Some of the proposed witnesses were also plaintiffs in the case.

Judge Terry Doughty of U.S. District Court (Western District of Louisiana) wasn't persuaded that he needed to hear all of that testimony before making up his mind. Writing in a July 22 order, he stated that his pending decision on whether or not to grant a preliminary injunction will be based solely on the written pleadings.

The defendants, who consist of the HISA Authority, the Federal Trade Commission (FTC), and board members and overseers of both entities, are alleged to have violated the Fourth, Seventh and Tenth Amendments to the United States Constitution, plus the Administrative Procedure Act (APA), which governs the process by which federal agencies develop and issue regulations.

The defendants have already survived the plaintiffs' motion for a temporary restraining order that accompanied the original lawsuit. That complaint got filed two days before the July 1 effective date for the first phase of HISA's new rules that are now in effect nationwide.

At that time, Doughty wrote that “issuing a temporary restraining order regarding an Act of Congress would be inappropriate.” But he added that the asked-for preliminary injunction could still be a possibility.

The preliminary injunction question the judge must now decide is fundamentally different, but it still has the potential to halt HISA's rules like a temporary restraining order would have.

A temporary restraining order is generally an “emergency” type of injunction to ward off immediate harm, and it has an expiration date. A preliminary injunction, on the other hand, is often used to restrain a party from taking a certain action while a case is pending, and it usually remains in force until the case gets settled in its entirety.

On July 15, the HISA-led defendants wrote in a filing opposing the injunction that, “The vast majority of stakeholders in the horseracing industry recognize the need for uniform regulations and are cooperating with the Authority and the FTC to ensure a smooth transition to this new congressionally mandated regime. But a small contingent of outliers, including Plaintiffs, have long opposed the Act on policy grounds and are growing increasingly desperate in their attempts to thwart its implementation.”

Not so, responded the plaintiffs in their July 22 filing:

“The facts on the ground further expose the flaws in Defendants' description of the horseracing industry since July 1, when HISA's rules took effect. The industry is in chaos because of HISA's hastily adopted and imprudent regulatory scheme. The FTC shares blame for this chaos because it failed to provide proper oversight of a private, nonprofit corporation's takeover-by-regulation of the horseracing industry; its token consideration and rubberstamp approval of HISA's rules fall far short of the substantive and procedural consideration required,” the document stated.