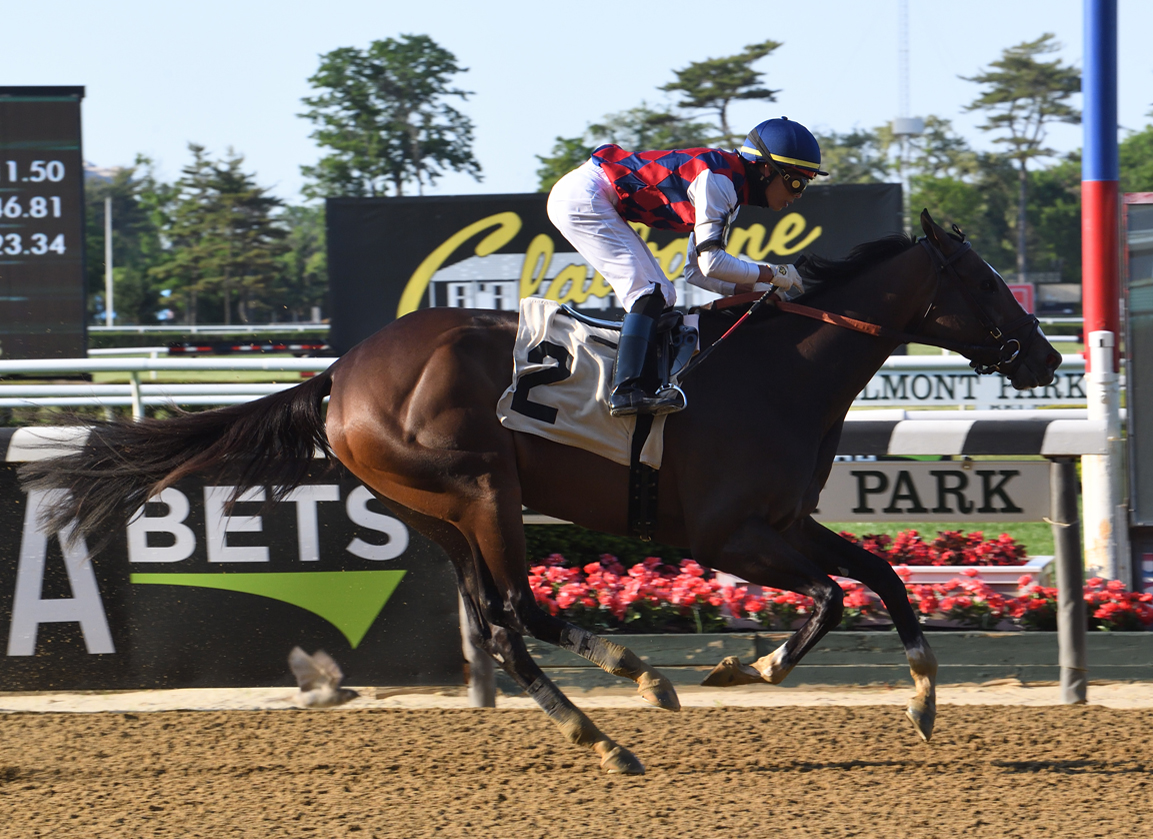 Shades of GISWs and 'Rising Stars' Carina Mia (Malibu Moon) and Guarana (Ghostzapper) were on display at Belmont Park last week when Always Carina (f, 3, by Malibu Moon–Miss Always Ready, by More Than Ready) romped to 'TDN Rising Star' status  for those same connections in an allowance optional claimer.

The aforementioned pair, of course, both enjoyed memorable wins at three in Belmont's GI Acorn S.

“Hopefully, she can step into those kind of shoes,” Three Chimneys Vice Chairman Doug Cauthen said. “We have always thought a lot of her from day one. It's encouraging seeing her show up like that.”

Cauthen continued, “We were getting excited that she could be an early filly that could be ready to run before Saratoga [last year], and by the way she was acting, we had dreams of 2-year-old stakes races. Chad thought last year that she was one of his better fillies and made similar comments this year as well.”

Between the COVID-19 pandemic and a minor setback last summer-Always Carina was up to multiple five-eighths breezes at Brown's Saratoga base in August-the Three Chimneys homebred debuted much later than originally anticipated.

She proved well worth the wait, however, dueling free to graduate first out sprinting in the Aqueduct mud Apr. 11. She handled the stretch to a mile with aplomb in her second go, romping by 9 3/4 lengths in front-running fashion despite stumbling at the start.

After earning very strong Beyer Speed Figures of 94 and 92 in her first two starts, respectively, a race like the GII Mother Goose S. going 1 1/16 miles around one turn in Elmont June 26 could be next.

“That's definitely on the radar,” Cauthen said. “It's clearly in her sights. Hopefully, she makes that and can perform well and heads on to Saratoga afterward. Malibu Moon, they can be fast and they can carry it, too. All options are open and Chad will just let her tell him what she's up to. There's two-turn races down the road if it looks like that's what she likes.”

“It's a huge loss for Kentucky and obviously for all the people involved,” Cauthen said. “What an amazing sire he was starting from the bottom and making his way up. I've always had great respect for stallions like that because nothing was handed to them. In this mating, he added just a little bit of substance and strength to the physicality. We felt like she could handle what substance he usually would put in his progeny. We were lucky it worked out.”

Cauthen concluded, “It's nice to see her put it together in her races now. It's what every owner and breeder dreams of. Being a half a Structor, that was a big reason Chad was designated to get her. It's an important family to Three Chimneys, and, of course, with Structor being by [Three Chimneys stallion] Palace Malice, that's just the icing on the cake.”