Mishriff to Stand in France for Sumbe in 2023 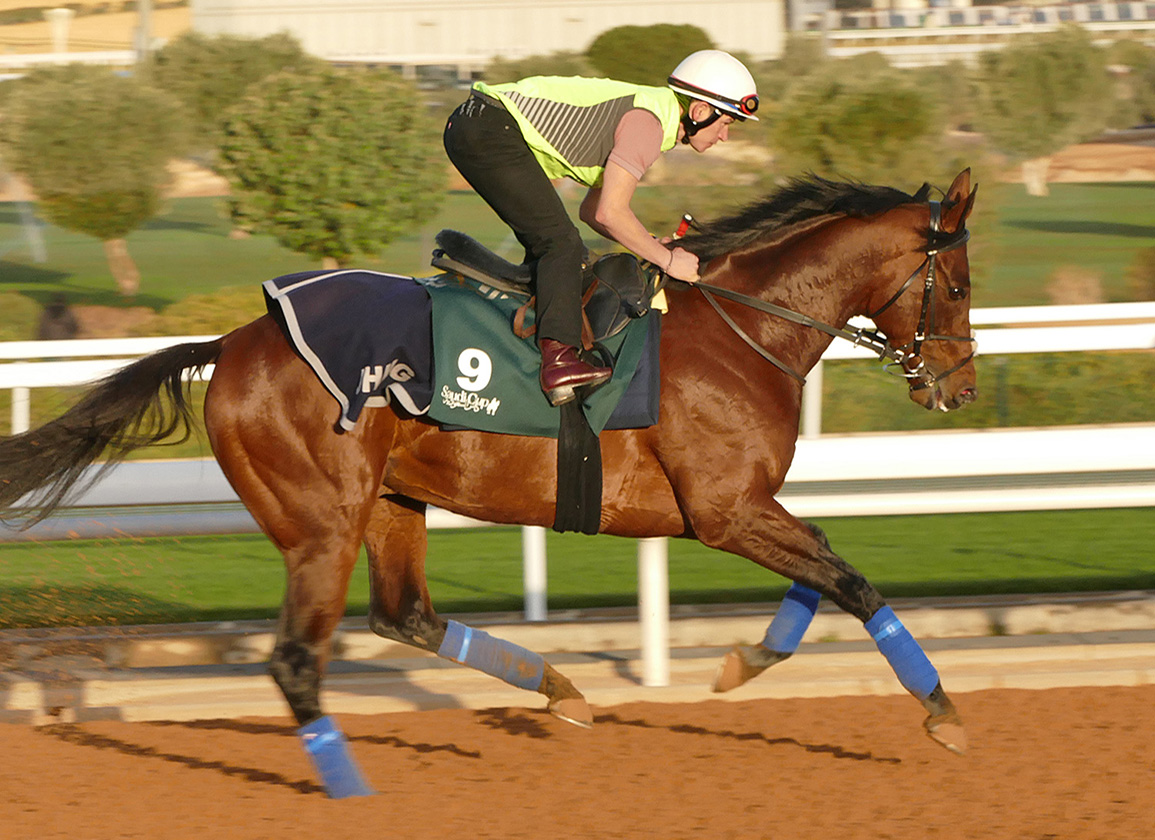 Treble Group 1 winner Mishriff (Ire) (Make Believe {GB}–Contradict {GB}, by Raven's Pass) will retire to France to stand at Sumbe's Haras de Montfort et Preaux at the conclusion of his racing career later this season. The 5-year-old is set to run in Sunday's G1 Qatar Prix de l'Arc de Triomphe, with a tilt at the Breeders' Cup also on the cards.

Prince AA Faisal's homebred landed Classic honours when winning the G1 Prix du Jockey Club and returned as a 4-year-old to win the word's richest race, the $20-million Saudi Cup, before claiming further Group 1 success in Dubai and Britain in the Sheema Classic and Juddmonte International. Trained by John and Thady Gosden, he has won seven of his 19 races and more than £11 million in prize-money, a tally he could yet enhance in Paris this weekend. It was announced on Tuesday that Mishriff will be partnered in the Arc by Britain's champion jockey-elect William Buick.

A statement released by Sumbe on Tuesday afternoon read, “We are delighted to announce that we have reached an agreement with Prince Faisal that Mishriff will stand as a stallion at Sumbe in 2023. Prince Faisal is a very successful owner/breeder and has raced many champions who have gone on to become excellent sires.

“We believe this is great news for French breeders after the recent loss of two incredible stallions, Le Havre and Wootton Bassett (GB) [to Ireland]. Since the untimely death of Le Havre earlier this year we have been actively looking for a nice stallion prospect.

Nevertheless, Mishriff was our main target–he won the Prix du Jockey Club, the ultimate stallion-making race, in a highly impressive time. Mishriff has been unbeaten in France and his achievements in 2021 were nothing short of extraordinary–that year's world champion turf horse, he won the world's most expensive race in Saudi Arabia on dirt, the Dubai Sheema Classic at Meydan in record time, as well as the Juddmonte International S. by six lengths. Although he has nothing more to prove as a champion, we hope he finalises his career in a style that befits his level.”

It concluded, “Mishriff is a son of Make Believe, the winner of Poule d'Essai des Poulains, from the family of Invincible Spirit (Ire), Kodiac (GB), Pinatubo (Ire) and many others. His great granddam, Rafha (GB), won the Prix de Diane, making him French in several generations. An outstanding-looking horse, he has won over £11,700,000 in prize-money and we cannot wait to introduce Mishriff to breeders.”