Mishriff to Skip DWC Meeting and Return in Eclipse 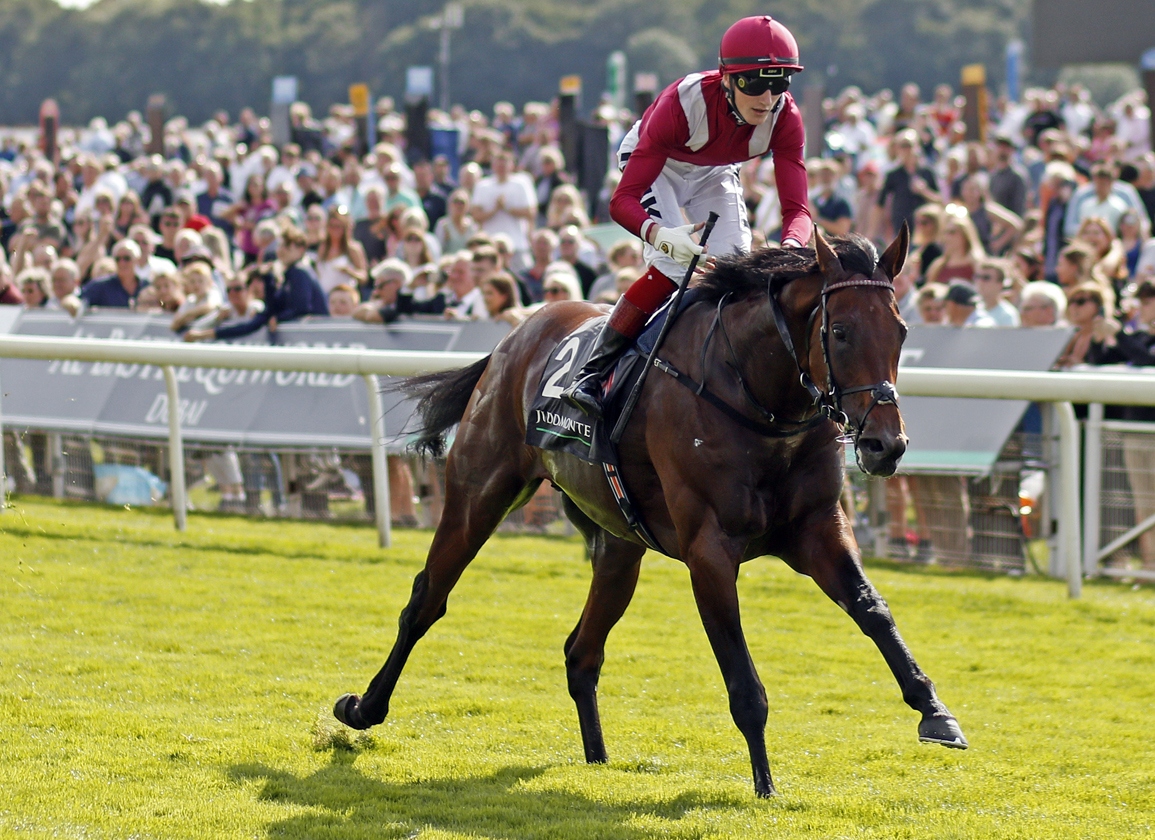 Prince Faisal's globetrotting multiple Group 1 winner Mishriff (Ire) (Make Believe {GB}) has recovered in good order from a last-placed finish in the $20-million G1 Saudi Cup near the end of February, but will not defend his G1 Dubai Sheema Classic title on Mar. 26. The John and Thady Gosden trainee will instead wait until the G1 Coral-Eclipse S. in July. Also, a winner of the G1 Juddmonte International S. at York in August, the 5-year-old entire was fourth in the G1 QIPCO Champion S. on Oct. 16.

Ted Voute, Racing Manager for Prince Faisal, said, “I saw John Gosden at Wednesday at Kempton and he said he was sound and great and he hadn't done any veterinary check-ups yet. He was on Warren Hill and everything appeared fine.

“He definitely wasn't himself in the Saudi Cup. Basically, most of last year, every time he ran in a Group 1 we did a medical check-up afterwards. He is valuable and he is pretty well insured, so we made that a standard practice. I think we are waiting to see if that throws any light on it.

“Looking at it, I think it was multi-factorial. He didn't break as well as last year and David had to fight with him a little bit. Every time you do that he hangs his head on the side slightly and says, 'Oh, I'm not sure I like this'. The track was a little bit deeper and he got some dirt in his face, and he wasn't used to that particularly. I don't think any one of those things beat him, but maybe a combination of all of them might have done.

“I can't pinpoint anything apart from what everybody else can see at this moment. I'm sure John will say something when he has run the tests.”

Voute added, “John did say he is not in any rush. We will try to follow the same plan as last year, so that would be the Eclipse next. We definitely won't go to Dubai. I say that, but last year we said we wouldn't go, then all of a sudden we went to the Sheema Classic.”