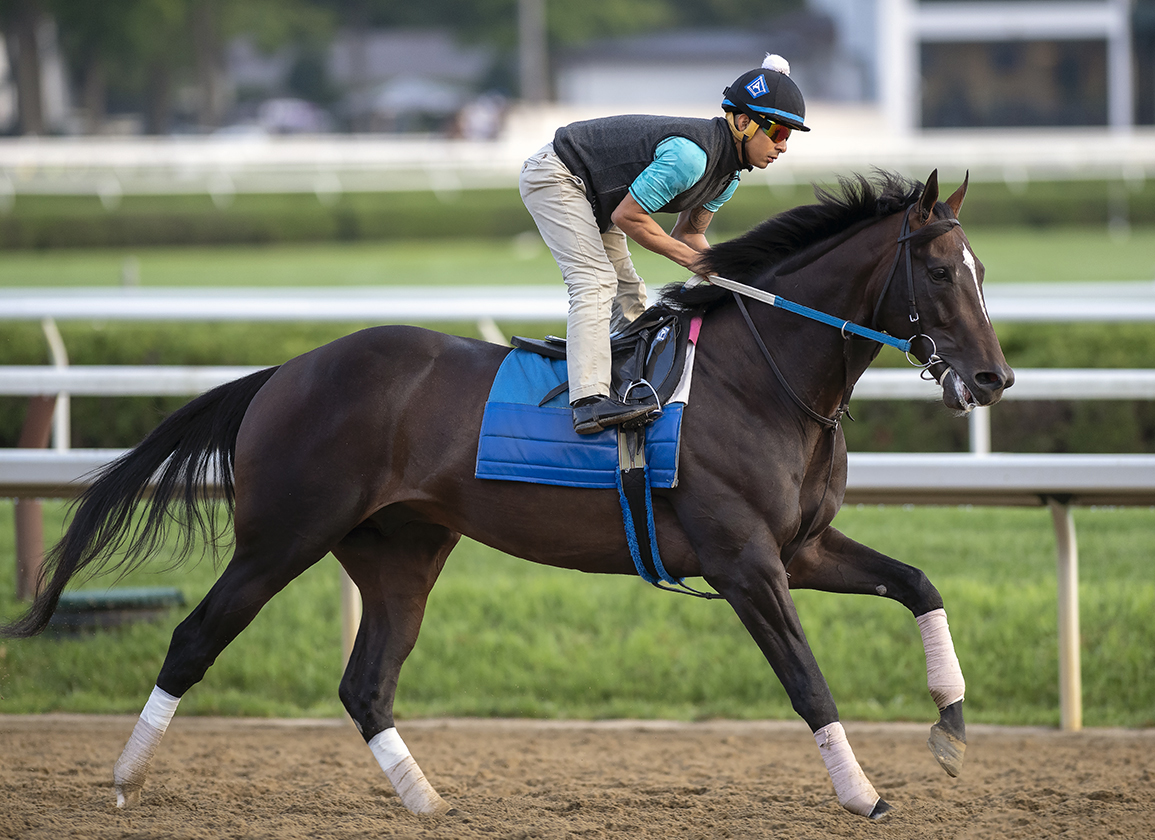 Winchell Thoroughbreds' Midnight Bourbon (Tiznow), who most recently clipped heels and nearly fell to the track in the stretch run of the July 17 GI Betfair.com Haskell S. at Monmouth Park, tuned up for an expected start in next Saturday's GI Runhappy Travers S. with a four-furlong work in :49.77 (17/68) over the Oklahoma training track at Saratoga Sunday.

“He's a very impressive horse,” trainer Steve Asmussen said. “I think we're obviously very fortunate that he came out of the mishap in the Haskell in good shape and he's training well, per usual.”

Midnight Bourbon will be making his first start at Saratoga in the Travers. Third in last year's GI Champagne S. at Belmont Park, the handsome bay won the GIII Lecomte S. and was second in the GI Preakness S. earlier in the year.