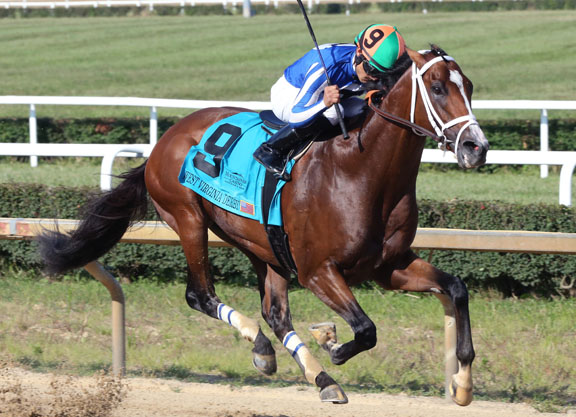 Mr. Money (Goldencents–Plenty O'Toole, by Tiznow) has been retired from racing and will enter stud in 2021 at Brent and Crystal Fernung's Journeyman Stud in Ocala, Florida. Mr. Money will stand as the property of Allied Racing LLC and Spendthrift Farm for $5,000 live foal in the 2021 breeding season.

During his juvenile season, Mr. Money hit the board in his first two starts before breaking his maiden by 3 3/4 lengths going a mile and a sixteenth at Churchill Downs. The bay rounded out the season with a fourth behind Game Winner (Candy Ride {Arg}) in the GI Sentient Jet Breeder's Cup Juvenile.

“Mr. Money is as well named as a horse can be,” Brent Fernung said. “He went where the big money was and took home a bunch of it. He won four consecutive graded stakes as a three-year-old and probably should have won the Pennsylvania Derby as well!”

He continued, “As a son of leading third crop sire, Goldencents, Mr. Money brings that super prolific Into Mischief sire line to Florida in the form of a truly top racehorse.”

Mr. Money is the second foal out of the Tiznow mare, Plenty O'Toole. She has three other foals of racing age, including additional winner Julia's Kitty. Plenty O'Toole's stakes producing dam, O'Toole (Distorted Humor), is a full-sister to G1 Dubai World Cup winner, Well Armed who earned over $5 million.

Chester Thomas, whose Allied Racing LLC raced Mr. Money in partnership with Spendthrift Farm said, “I couldn't be more proud to stand Mr. Money at Journeyman Stud. He was an incredibly talented race horse with tons of class coupled with speed and endurance. I intend to breed a dozen or so of my own mares to Mr. Money. I have a huge amount of confidence in him.”