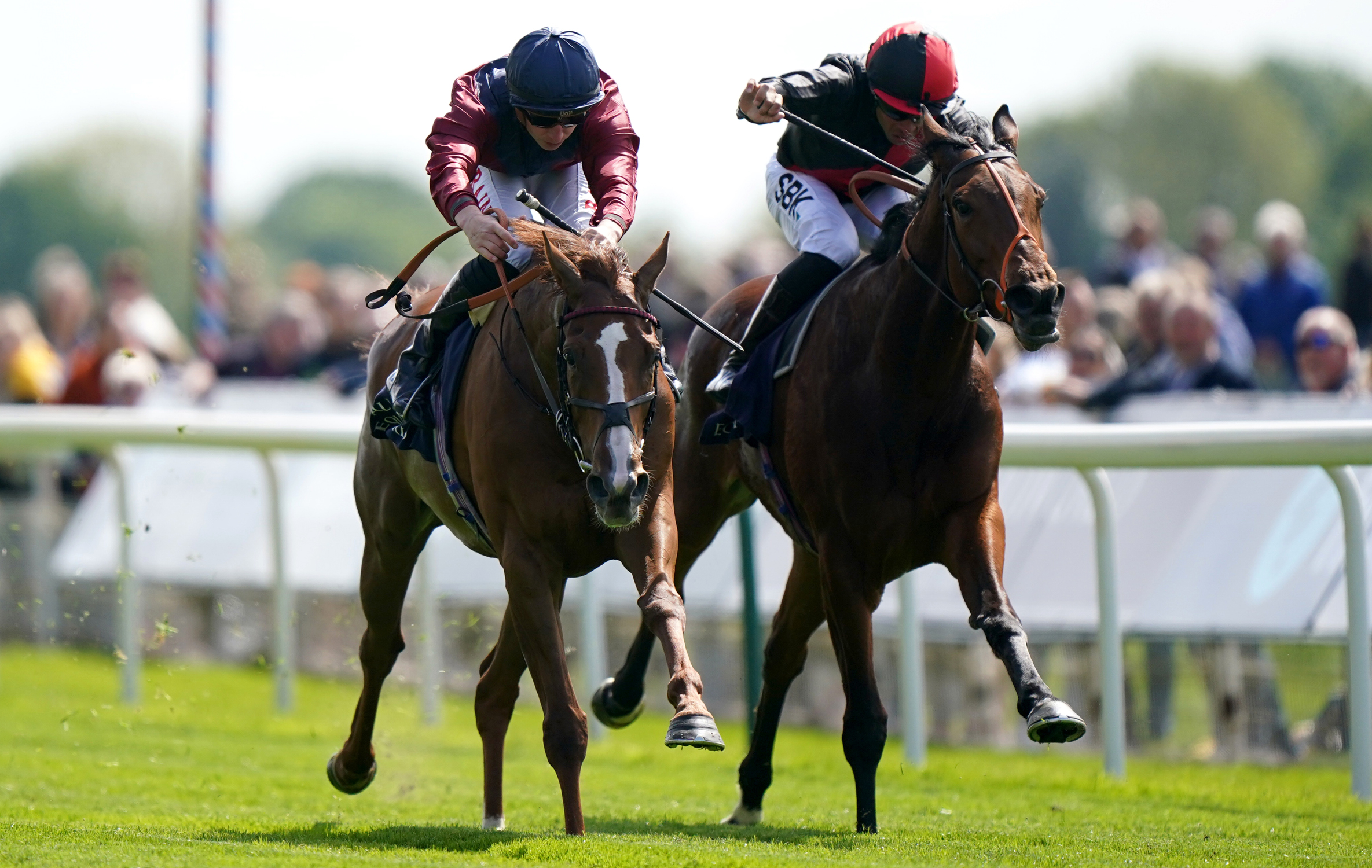 Jon and Julia Aisbitt's homebred 4-year-old filly Lilac Road (Ire) (Mastercraftsman {Ire}–Lavender Lane {Ire} {MGSP-Fr}, by Shamardal), whose lone stakes success came in last term's Listed Upavon Fillies' S. at Salisbury, went postward at odds of 15-2 for Thursday's G2 Al Basti Equiworld Dubai Middleton Fillies' S. at York and displayed a willing attitude at the end of the extended 10-furlong test to continue William Haggas' fine run of form at the Knavesmire venue. She had closed last term with a second to the reopposing Ville de Grace (GB) (Le Havre {Ire}) tackling 10 furlongs in October's G3 Pride S. at Newmarket and finished behind that rival once again when fifth to Dreamloper (Ire) (Lope de Vega {Ire}) on seasonal return in last month's G2 Dahlia S. down to nine furlongs back at Headquarters. The eventual winner adopted patient tactics behind the leaders along the rail in fourth through the early fractions, but slipped to fifth rounding the home turn. Stirred into action approaching the quarter-mile marker, she quickened smartly to go second entering the final furlong and was ridden out in the closing stages to deny the game pacesetter Aristia (Ire) (Starspangledbanner {Aus}) by a half length nearing the line for a career high.

“I was half-expecting her to win, to be honest, as she ran well the last day,” admitted winning rider Tom Marquand. “We've started dropping her out in her races and it is very hard to come from behind at Newmarket. She relaxed into this today, we didn't go very fast and it worked in our favour. When I got off her at Newmarket I said to William [Haggas] if she stays on this path she'd get a mile-and-a-half, but she's clearly a filly with lots of talent. It was William's idea to drop her out at Salisbury [last year]. He told me to drop her out last and it'd be his fault if she got beaten. It's been the making of her and, as a jockey, you always want to give horses the best chance and basically William made her in one day. She's building up now and you'd have to say that was her best effort.”

Reflecting on the performance of runner-up Aristia, rider Sean Levey added, “She ran a cracker,” he said. “I think maybe in the paddock she wasn't as fully furnished as the rest of them and she's not quite there in her coat, so we'll take second today. I believe she'll improve as her whole family improved with age. She's faced good opposition today and has run quite nicely. She got a little bit tired before the line and she'll definitely improve.”