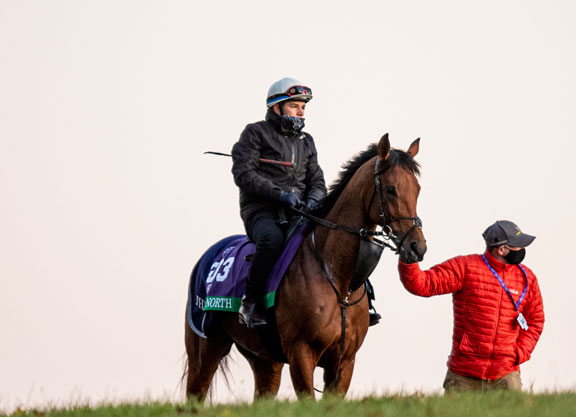 Group 1 winner Lord North (Ire) (Dubawi {Ire}) will step forward in the G1 Dubai Turf over 1800 metres on Mar. 27, Racing Post reported on Monday. Trainer John Gosden accepted an invitation for the race for the Sheikh Zayed bin Mohammed Racing colourbearer. A winner of the G1 Prince Of Wales's S. last June, the bay was third in the G1 Juddmonte Internatioanl S. a month later. Unplaced in the G1 QIPCO Champion S. on Oct. 17, he was a solid fourth in the GI Longines Breeders' Cup Turf on Nov. 7. Gosden will also be sending Saudi Cup winner Mishriff (Ire) (Make Believe {GB}) for the G1 Sheema Classic.

“Lord North has been invited to run in the Dubai Turf and he seems in good form at home so the plan would be for he and Mishriff to travel,” trainer John Gosden told the Racing Post. “Lord North goes well fresh and Mishriff seems to have come out of his Saudi Cup win in good shape, so it's all systems go for World Cup night.”