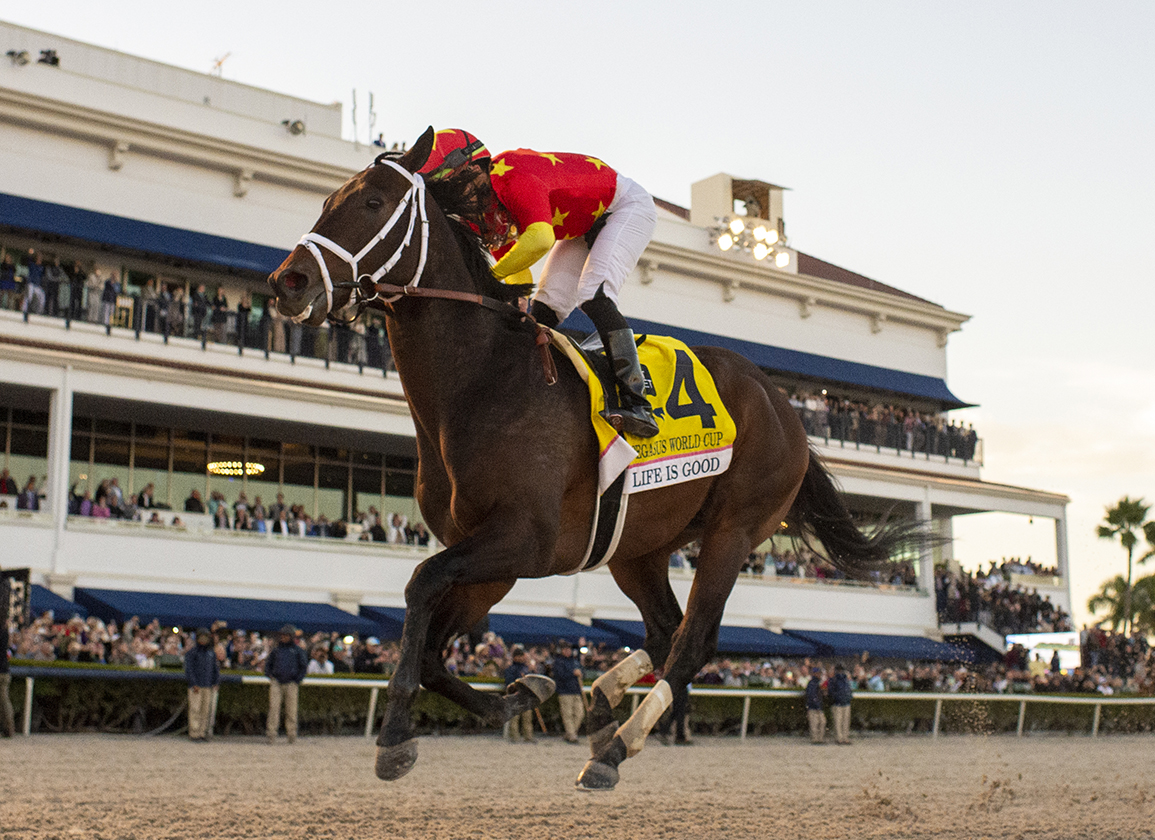 American stars Life Is Good (Into Mischief) and Hot Rod Charlie (Oxbow) are among 153 horses nominated to the $12-million G1 Dubai World Cup, which will be run at Meydan on Mar. 26. A total of 750 horses from 20 different countries have been nominated for the nine-race, $30.5-million card.

The 4-year-old Life Is Good was the emphatic winner of both the GI Breeders' Cup Dirt Mile at Del Mar and the GI Pegasus World Cup on Jan. 29, while Hot Rod Charlie was multiple Classic-placed last year and won the GI Pennsylvania Derby and last week's G2 Al Maktoum Challenge Round 2 at Meydan.

Sheikh Rashid bin Dalmook Al Maktoum, chairman of Dubai Racing Club, said, “To have more than 750 horses from 20 different countries nominated shows the continued strength of the Dubai World Cup meeting, which has grown each year since its inception in 1996. This achievement has been made possible by the vision and guidance of His Highness Sheikh Mohammed bin Rashid Al Maktoum, Vice President and Prime Minister of the UAE and Ruler of Dubai, who is the world's most influential supporter of this sport. We are delighted to have so many Group and Grade 1 winners nominated, including established stars such as Life Is Good and Hot Rod Charlie, and we thank the horse connections for their support and their trust in Dubai. We look forward to welcoming connections and fans to the 26th Dubai World Cup and we aim to deliver a spectacular night.”