Life Is Good Cruises To Victory in Kelso 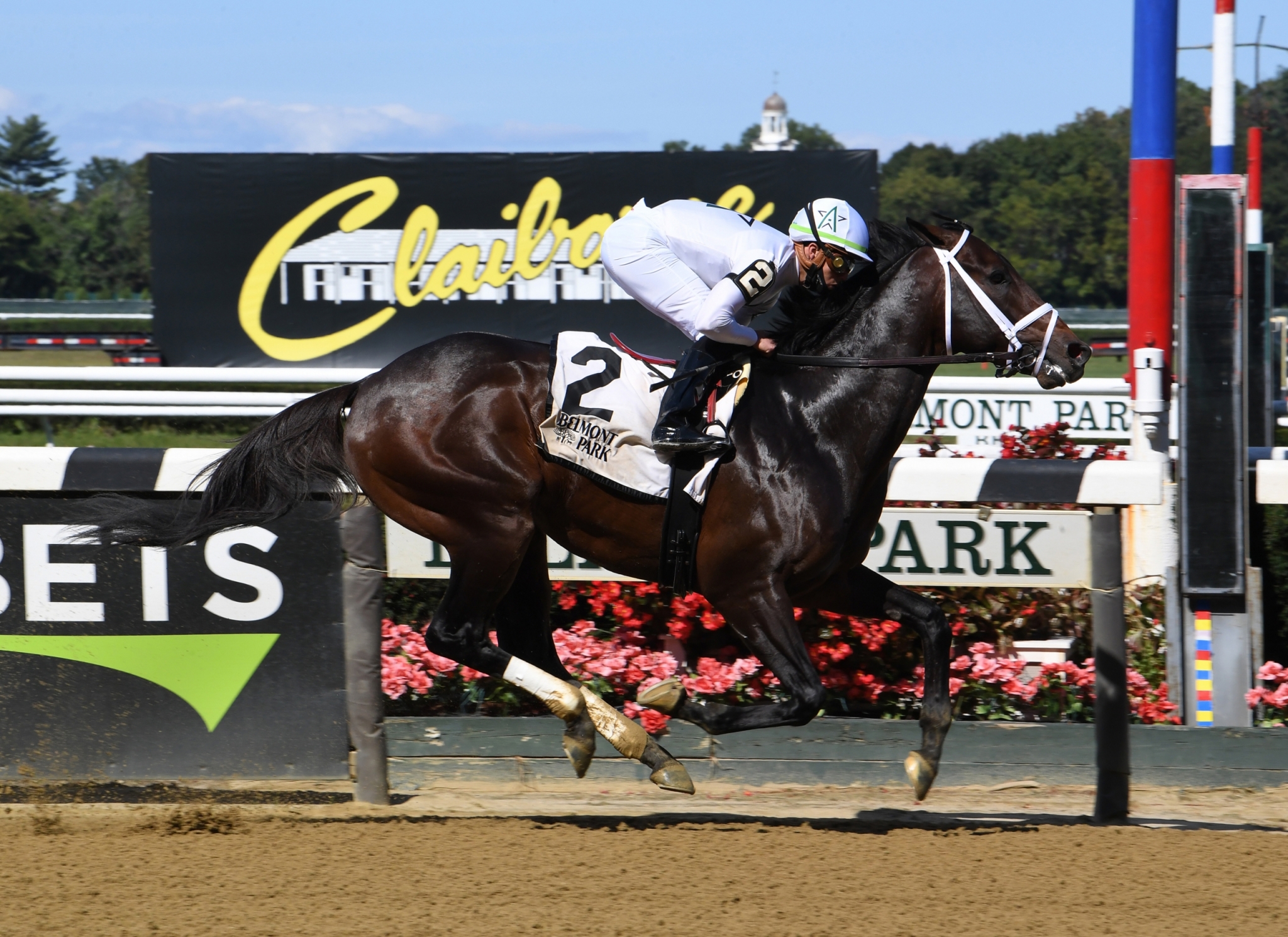 'TDN Rising Star' Life Is Good got an easy prep for his expected appearance in the GI Breeders' Cup Dirt Mile in Saturday's GII Kelso H. at Belmont Park, scoring virtually untouched and eased down late. Off at 1-20 with $212,404 of the $251,965 win pool and $353,424 of the $389,409 place pool on his nose, the $525,000 Keeneland September yearling purchase easily out-footed distant second choice Chance It (Currency Swap) and led through an opening quarter in a manageable :23.53. Chance It was pulled up and out of the race with about 5 1/2 furlongs to travel, leaving Fort Peck to do the chasing and the half-mile was up in :46.58. Still traveling well within the grasp of Irad Ortiz, Jr. as they neared the quarter pole, Life Is Good received a few cracks of an underhanded crop on his right shoulder in upper stretch and was taken in hand for the better part of the final sixteenth of a mile without truly being asked for a top effort. He returned $2.10 to win and place.

“He's a nice horse,” said the winning pilot. “He went fast and he kept going. He did everything smooth and easy… As soon as I asked him, he took off. He responded really well.”

Life Is Good won his first three trips to the post for Bob Baffert, including an eight-length romp in the GII San Felipe S., but missed the Classics before being transferred to Todd Pletcher in the aftermath of Baffert-trained Medina Spirit (Protonico)'s GI Kentucky Derby positive.

Life Is Good most recently finished runner-up to Jackie's Warrior (Maclean's Music) in the GI H. Allen Jerkens Memorial S. at Saratoga Aug. 28 in his first try for Pletcher.

“He's been training super and we were looking forward to getting him going again. I thought he was very impressive,” Pletcher said. “I left it in Irad's hands. We weren't going to send him away from there, but it looked on paper like he was the main speed. What we were focused on was getting him to settle a little bit, stay on the rail and relax. I thought he did that beautifully today.”

Life Is Good is one of an ever-growing 85 graded winners for his super sire Into Mischief, who led all sires at Keeneland September by gross with $25,967,000 in total sellers at an average of $418,823 for 62 sold. He is bred on the same cross as MGISW and top young sire Practical Joke.

Life Is Good's dam Beach Walk was a $435,000 KEESEP yearling herself and was on the board in four of five lifetime starts in maiden special weight company. The daughter of SW/MGISP Bonnie Blue Flag also hails from the family of MGISW turfer Diamondrella (GB) (Rock of Gibraltar {Ire}). She has a yearling filly by Blame and a foal colt by Candy Ride (Arg). Beach Walk was bred back to Into Mischief for 2022.