Letter to the Editor: A Tale of Two Apple Blossom Winners, by Catherine Riccio 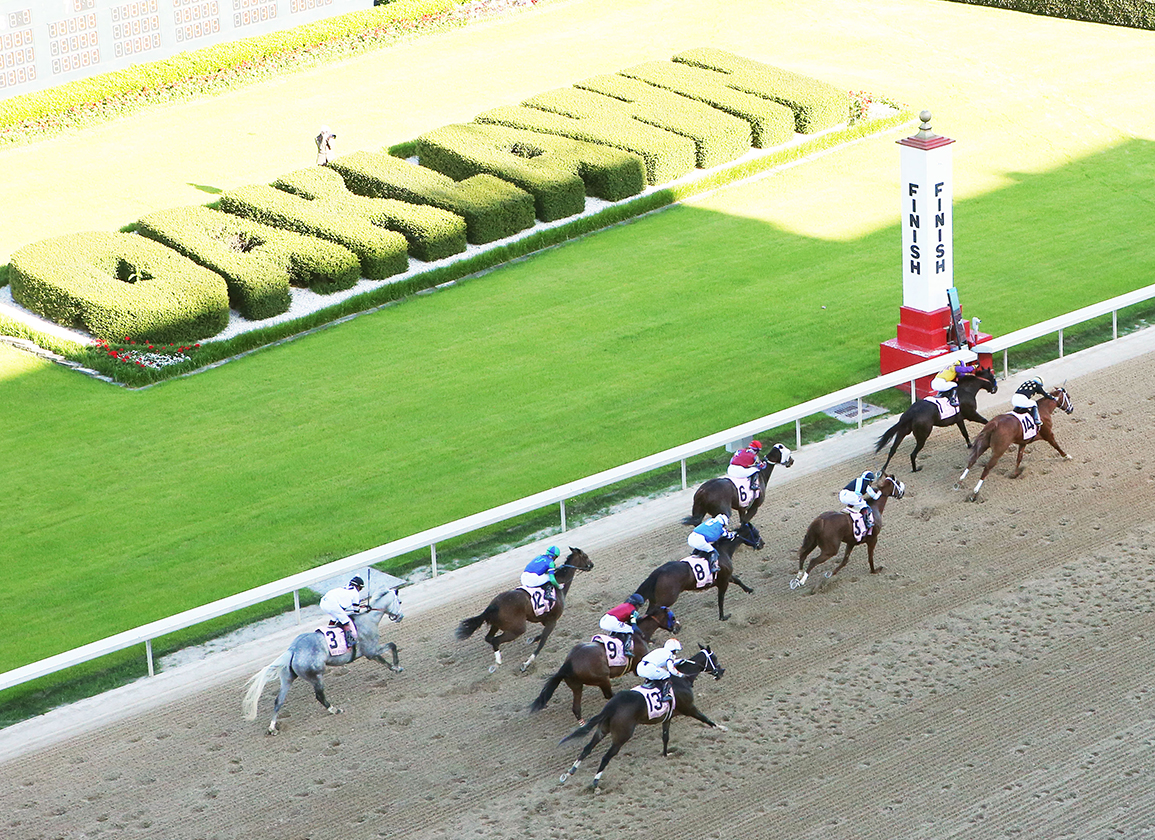 In the 1980s the horse racing game was filled with white bridles and D. Wayne Lukas winning just about every weekend stakes race from coast to coast. The slogan which handicappers used was “D. Wayne off the plane,” referring to his ability to ship horses to different tracks and pick up stakes wins.

Several of Lukas's fillies included Landaluce, Terlingua, Lady's Secret, Life's Magic, Family Style, Lucky Lucky Lucky, Miss Huntington and the list goes on. When I think back of my first years working at the track, two fillies come to my mind: Heatherten and Sefa's Beauty. Both mares at one time were trained by Hall of Fame trainer Bill Mott.

One prestigious thing that both athletes had in common was that they both were winners of the GI Apple Blossom H. at Oaklawn Park. The Apple Blossom has been known to attract the finest fillies and mares to the Hot Springs track. The race has usually produced several champions, including Horse of the Year honorees Zenyatta and Havre de Grace.

What also is interesting is neither of these mares [Heatherten nor Sefa's Beauty] were inducted in the National Museum of Racing Hall of Fame. Unfortunately, their careers were before internet so there are no charts to see how they ran. Were they speed favoring? Off the pace? No pictures or videos. The only photo I found was one I purchased on eBay of Sefa's Beauty winning at Fair Grounds. Also, I reached out to Barbara Livingston who had a photo of Heatherten and her groom Randy.

What I do have is some statistics that are mind boggling. Both fillies made over 50 starts with a better than [combined] 44% win average.

Mott took over training when she was 4-years-old and she won 11 races before going out a winner in the Sixty Sails H. at Sportsman's Park in Cicero, Ill.

Sefa's Beauty raced under the colors of Farid Sefa. Jockeys Pat Day and Randy Romero were the mare's pilots while under Mott's care.

Sefa's Beauty only had two foals, both by Fappiano. One of them, Sefapiano, stood at stud in Michigan for a while, but was later moved to Louisiana. Sefapiano's best offspring was Jonesboro, who was a multiple graded stakes winner and stands at stud in Arkansas.

Unfortunately, she died prematurely on Oct. 25, 1989 at Taylor Made Farm. Sefa's Beauty is buried at the Kentucky Horse Park in Lexington. She was owned by Farid Sefa until her death.

And then there was Heatherten. A big, beautiful gray mare by Forceten out of Heather Road by The Axe II. In 1984, while I was working at Churchill Downs, I remember walking through the barn area after feed time and would pass Mott's barn. You could not miss the tall mare in the corner stall weaving back and forth like she was listening to a disco song from the 70s.

She raced from ages three to six and had four different trainers: Robert Holthus, John Palmer, Jack Van Berg and finally Mott. From what I can see thanks to the Daily Racing Form and Equibase, John Franks had her until she was sold to [Fontainebleau Farm] for $650,000 in foal to Theatrical (Ire).

On June 2, 1984, Heatherten won the Locust Grove S. at Churchill Downs. Only eight days later on June 10, she was traveling to New York for the GI Hempstead H. at Belmont Park and she won. And 20 days later she headed back to Louisville and won the Fleur de Lis H. again at Churchill Downs. Talk about tough! In total Heatherten won five Grade I stakes races. And, still today some 38 years later, Heatherten's name can be seen in the Oaklawn program as she remains the track record holder for 1 1/16 miles in 1:40.20, which was set in the Apple Blossom in 1984.

She had several winners in Japan. Her best runner was Three Diamond (Jpn) (Theatrical {Ire}) with earnings of approximately $441,667. Heatherten was sent to Japan in 1991, while in foal to Theatrical (Ire). On June 20, 1999, the big mare passed away.

This week, Oaklawn honored the National Museum of Racing and Hall of Fame members and one special trainer that came in was William I. Mott. I had the chance to sit and talk about both legends. Mott used to gallop horses that he trained and he rode both Heatherten and Sefa's Beauty in the mornings. Sefa's Beauty he said was easy to train, while Heatherten was an anxious mare that you had to be prepared for her next move. Both girls were groomed by Randy, one of Bill's best grooms, who would always wear a suit when taking his stakes fillies to the paddock on race day.

I had the past performances of both mares to show Bill. He looked at them with amazement and asked, “Did I do that?” Yes, Mr. Mott, you sure did!