Lessons from a Stallion Consultant 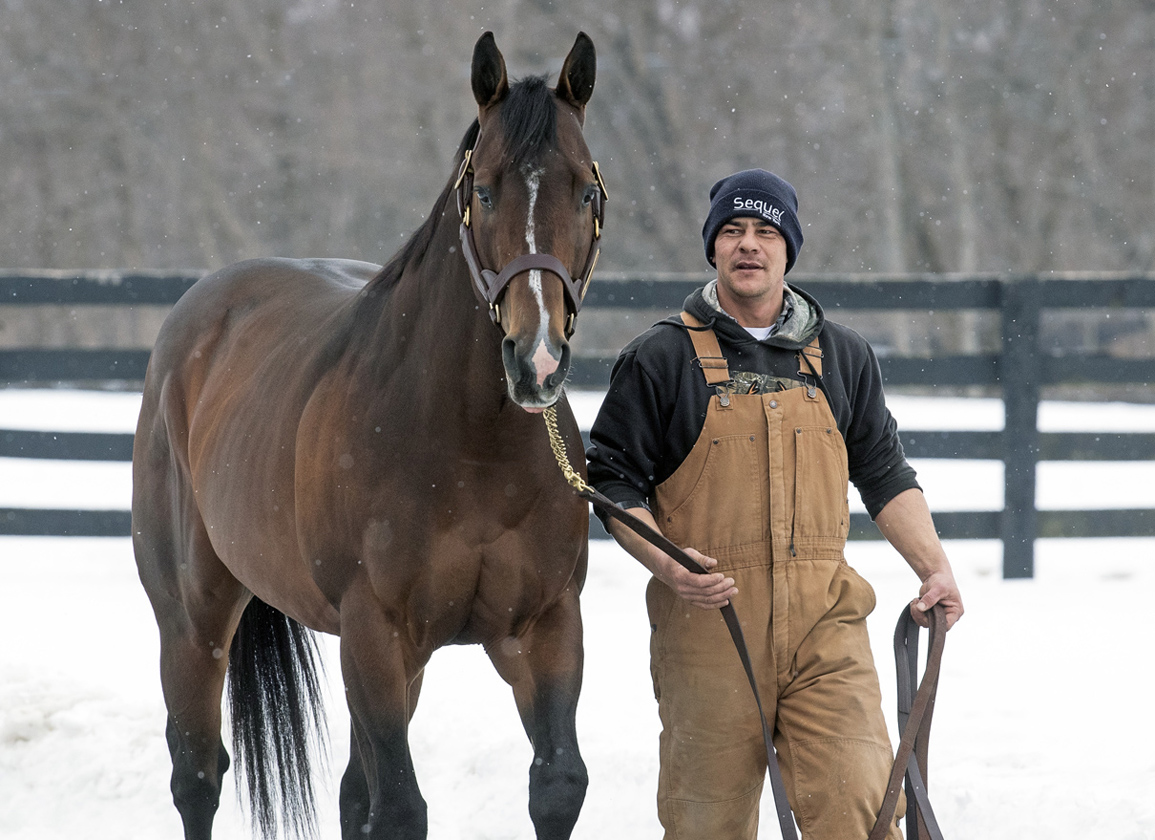 Grade I-producing sire Laoban is off to a fast start in Kentucky as he nears the completion of his first book at WinStar Farm. Meanwhile, his son Keepmeinmind, one of two graded winners for the son of Uncle Mo, readies for his bid in Saturday's GI Preakness S.

“He has settled in and is doing really well,” WinStar's President and CEO Elliott Walden said. “He's going to breed around 140 mares this year.”

The transition from Laoban's original stud farm, Sequel Stallions in New York, to WinStar was a breeze, thanks in no small part to Sequel's Stallion Consultant Charl Van Der Westhuizen, a South African native with a natural gift for putting any stallion at ease. Van Der Westhuizen made the trip alongside Laoban this year to help the young sire acclimate to his new residence and to properly introduce the team at WinStar to their new charge.

“Charl helped us tremendously in getting Laoban acclimated,” Walden said. “He's a first-class horseman. With the nuances of any horse, it's very helpful to understand their differences whenever you get a horse you don't know. Charl knew every detail about the stallion and was great at communicating his personality to us in a way that we could pick up the ball and go right away without having a learning curve.”

Van Der Westhuizen has served as stallion consultant at Sequel since March of last year. The farm's founder Becky Thomas said he has been a crucial member of their team since his first day on the job.

“Charl turned our program around last year,” she said. “It was my easiest year with our stallions. COVID of course made it difficult, but it was my easiest year behaviorally. He has such a natural way with our stallions. One of them is kind of difficult to catch, but he literally trots himself up to Charl. They're so comfortable with him and he has an exceptional relationship with each of them.”

Van Der Westhuizen has worked at stud farms around the globe, but he said the key to handling any stallion successfully is to recognize their individual personality.

“Over the years, I've worked with a lot of different types of stallions, and each and every one is different,” he said. “You have to cater to the needs of the stallion. You have to be a competent handler because they feel if you're nervous and they will take over. On the other hand, if you have a horse that doesn't get overly excited, you can intimidate him to the point where he doesn't want to breed because he'll be more scared of you than he is of the mare.” 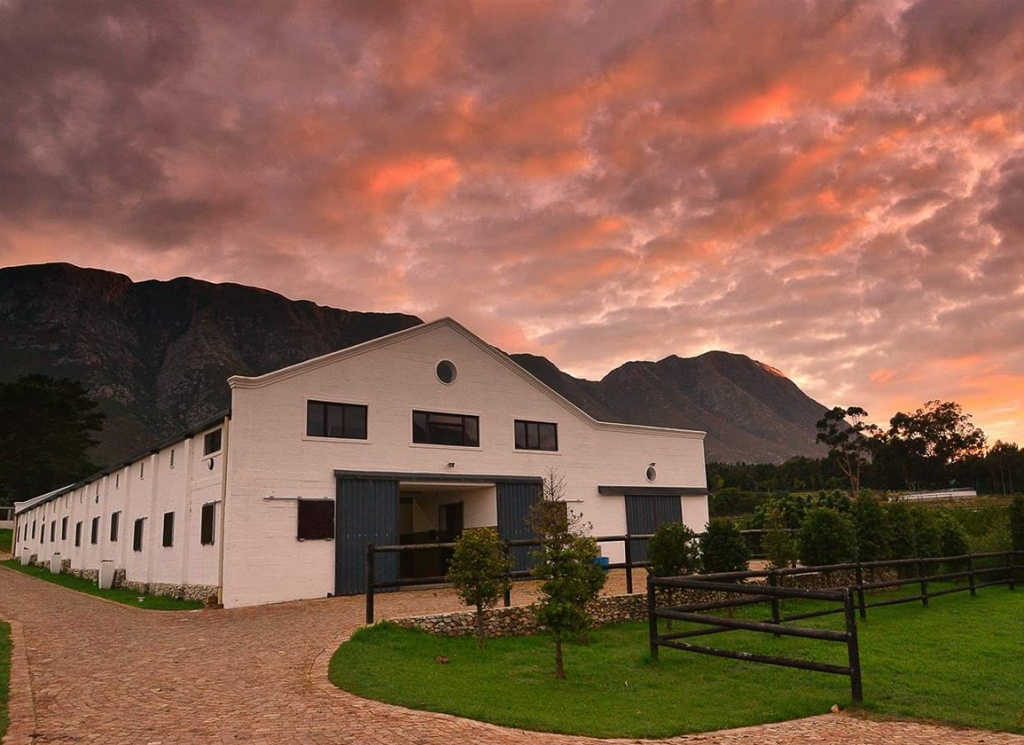 “I traded in my skateboard and started riding this mare,” he recalled. “My interest developed and there was actually a small Arabian stud down the road. They showed me the ropes and started teaching me the basic necessities of horsemanship. Growing up, my mates and I would see all the cowboys in movies from America, so we actually brought in a couple of wild horses to train and would have our own private rodeos.”

Not long after turning 18, Van Der Westhuizen saw an ad in a magazine for an internship at Lakland North in New York, the farm now known as Sequel Stallions. He made his first journey to the U.S. in 2002 for the internship and quickly gravitated towards the stallion division.

“As an intern, you do all aspects of jobs on the farm, but I took an interest in the stallions,” he explained. “It was a challenge because each and every stallion is so different in the way they behave. You have to learn each of their little quirks.”

After completing the internship in New York, Van Der Westhuizen relocated to Sequel's location in Florida for a breeding season before returning to South Africa.

There he spent over a decade honing his stallion-handling skills by serving at stud farms across the country, from Lammerskraal Stud, Newbury Stud, Balmoral Stud and Nadeson Park Stud. At each farm, he picked up valuable lessons from each of the stallions he oversaw.

Western Winter, a Grade I-placed son of Gone West that relocated to Lammerskraal in 1997, was a champion sire in South Africa.

“He was a pleasure to work with,” Van Der Westhuizen recalled. “He was so quiet and gentle, it almost made it easy.”

But Parade Leader (Kingmambo), a full brother to former Lane's End Texas sire and GIISW Parade Ground, was quite the opposite.

“He was a really mean horse,” Van Der Westhuizen said. “You had to watch your back the whole time. He would literally try to take your head off if you went in the stall to catch him.” 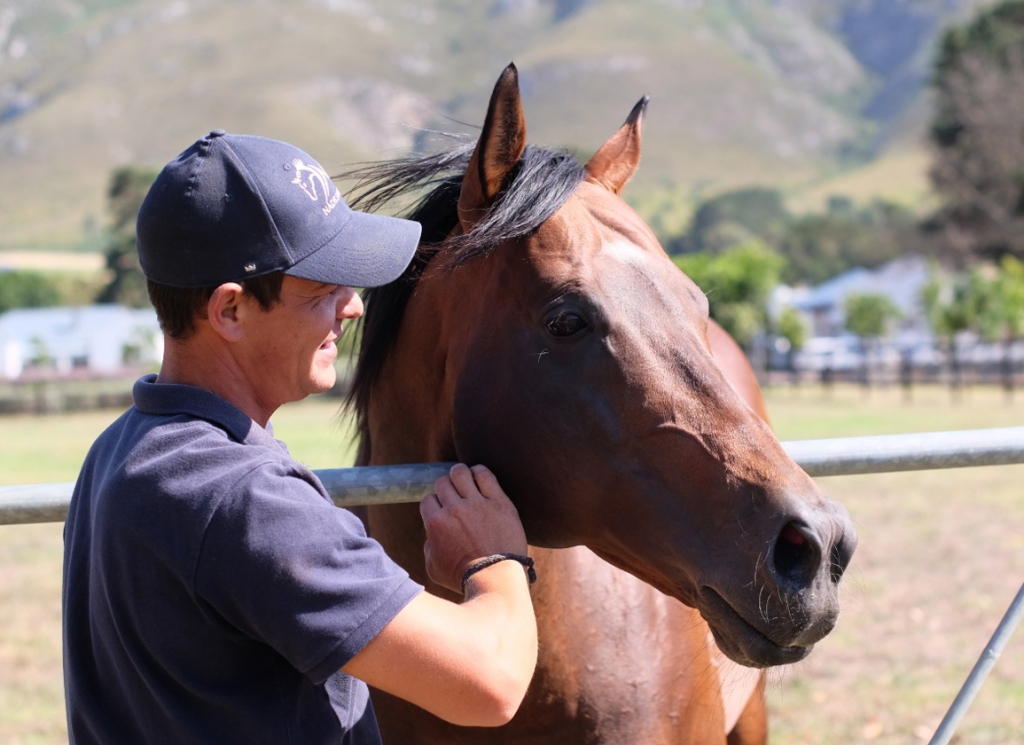 One of the most challenging stallion careers he remembers overseeing was that of well-regarded South African sire Rakeen (Northern Dancer), sire of the late multiple champion sire Jet Master.

“At first he was really mean, but we figured out he wanted to be close to the mares,” Van Der Westhuizen recalled. “So we put him in a paddock next to the broodmare barn and it immediately changed him.”

He remembers when Rakeen once fell and broke his hip. Even after the stallion had fully healed, breeding season the next year proved to be a challenge when he couldn't fully support his body weight when on his hind legs.

“We found a slope along the barn and he would stand on the slope and we would back the mare up into a hole so he could comfortably breed the mare,” Van Der Westhuizen explained. “When he would mount, we had a sling that we would put underneath his hindquarters and two guys would stand on either side to keep his weight up.”

Van Der Westhuizen said the breeding program in South Africa differs from the one in the U.S. in several aspects.

“[In South Africa], you'll do your selection a lot more on pedigree, where I would say here a lot of the breeding is based on conformation. They do not have a lot of juvenile racing as there is here, where the focus is on young 2-year-old colts running as quickly as possible, so the dynamic of the whole breeding program is slightly different. The process is similar, but I would say the end goal is different.”

“Only a few farms there actually have an enclosed breeding shed. While it varies from stallion to stallion, one thing I've noticed is that stallions seem to breed a lot easier in open surroundings and on natural surfaces than when you're in the shed.”

When Van Der Westhuizen arrived at Sequel last year, he had a few tricks up his sleeve based on what he had learned from his home country to help the stallions at Sequel succeed.

“Laoban always preferred to face the one side of the breeding shed towards the door,” he explained. “We figured out if we opened the door to the shed so he could see outdoors, he was happy. It was nice to be a part of a success story like him, changing up a few things in the shed before he moved to Kentucky to stand with the big boys. Ultimately, it was his progeny that got him there, but to work with a horse like that, it bolsters your confidence and keeps it interesting.” 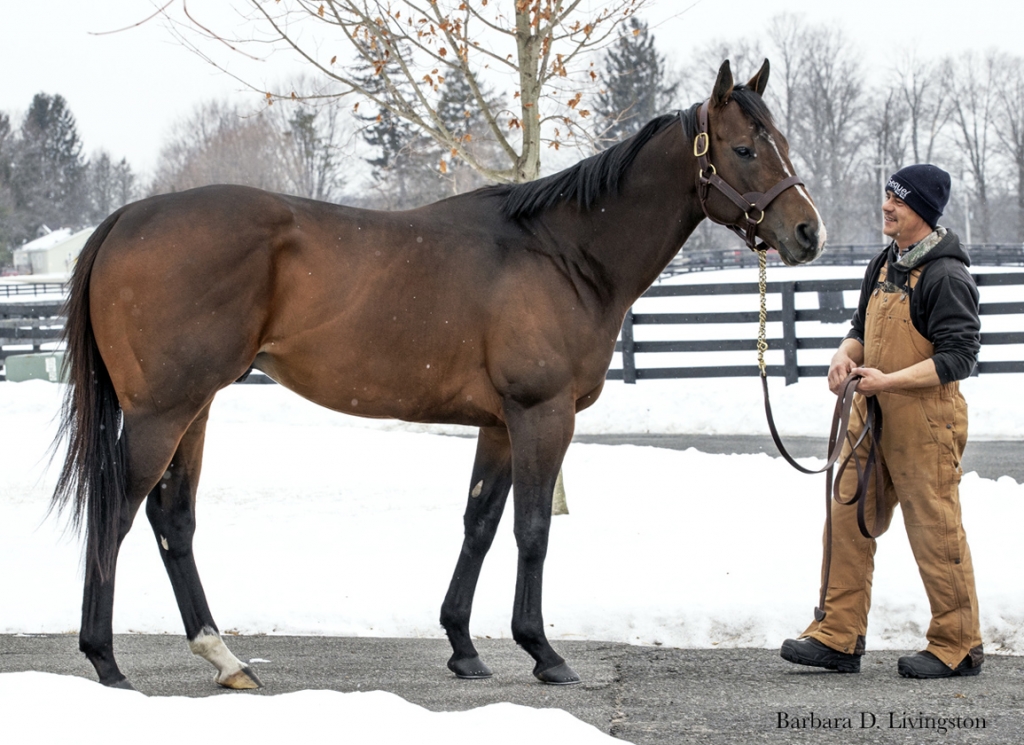 Van Der Westhuizen learned early on in his career that his greatest pride came in teaching early lessons to young stallions as they first started stud duty. This year, he had the opportunity to show the ropes to stakes-winning Juddmonte homebred Honest Mischief (Into Mischief). See our video on the new sire here.

“He's doing great; he's been really busy,” Van Der Westhuizen reported. “I believe the way you start off a stallion provides the fundamentals for how he will breed for the rest of his career.”

One of the first young stallions Van Der Weshtuizen ever worked with was a son of Storm Cat named Freud. Now a perennial leading sire of New York-breds, the full brother to Giant's Causeway started his stud career at Sequel in 2002 when Van Der Weshtuizen was at the farm completing his first internship.

“I have almost a sentimental connection to Freud,” Van Der Westhuizen admitted. “I do prefer him out of all the horses in the barn. He has calmed down a lot. He's now 23, but he breeds like he's five. He has his own set way of breeding but the more you work with stallions, the more you pick up on each of their quirky ways.”

Van Der Westhuizen expressed his partisanship for Sequel Stallions as he's watched the farm's success from afar during his time in South Africa, in between his stint as a humble intern two decades ago up until his current position as one of the farm's top advisors.

“This is where my professional career started for me,” he said. “To see it grow into the farm it currently is made it so much easier to come back from South Africa to the States with my wife and daughter. To be able to focus on the stallions again, I can actually feel that the decisions I make impact not just the stallions, but the mares as well.”

Van Der Westhuizen said he's not done climbing the ladder of success yet in the industry, knowing there's a new lesson to be learned from every stallion he encounters.

“You always read about the old greats, people who have been a stallion manager and worked with these super stallions for many years,” he said. “Ultimately, I'd like to build up enough knowledge to specialize in stallion fertility and troubleshooting. I'd like to be at the point where people contact me if their stallion is having problems.”

He's on track to do just that. From a teenager playing cowboy in the South African countryside to a sought-after advisor for the world's top stallions, oh, the stories he will have to share.