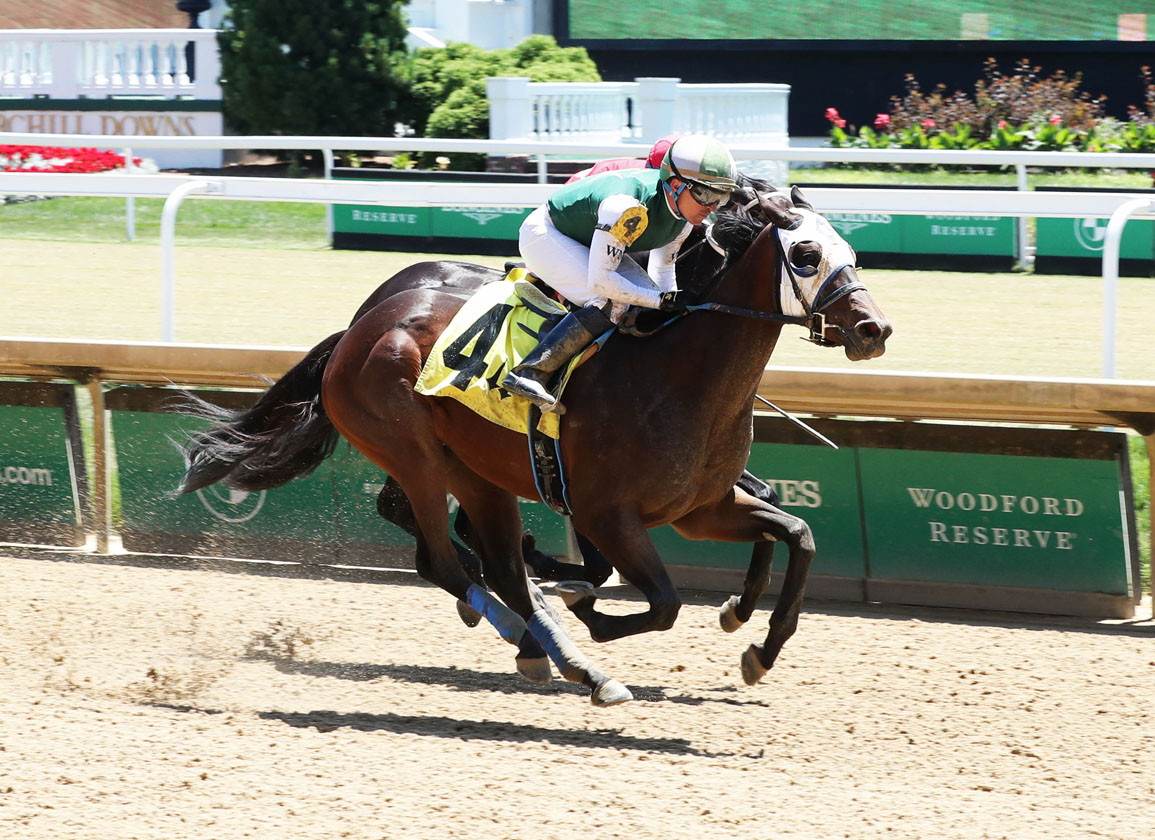 2nd-Churchill Downs, $121,905, Msw, 6-19, 2yo, f, 4 1/2f, :52.45, ft, 1 length.
BOLTS N RAINBOWS (f, 2, Bolt d'Oro–On Rainbow Bridge {MSW, $333,202}, by Bold Executive) became the sixth winner for her hot-starting freshman sire (by Medaglia d'Oro) Sunday, but first to carry the same green Ruis Racing silks as the 2017 GI Del Mar Futurity and GI FrontRunner S. winner himself. Backed down to 3-1 off an ambitious 10-1 morning-line quote, the homebred broke well, but was out-footed by a few early and sat midpack. She still hadn't really gotten into gear as they entered the lane and second timer Black Forest (Frosted) took over, but Mitchell Murrill worked her out into the clear and away from the kickback by midstretch and she proceeded to quicken nicely and inhale that foe for an ultimately comfortable one-length tally. Mick Ruis's operation purchased the winner's dam–a precocious two-time stakes winner a juvenile on the Woodbine synthetic–for $65,000 at KEENOV '17 while in foal to Kantharos. The resulting foal won as a late November juvenile for the Ruis family, but was eventually claimed away. Bolts N Rainbows has an unraced 3-year-old half-brother by another former Ruis runner in War Envoy (War Front). On Rainbow Bridge has since been exclusive with Bolt d'Oro. She failed to produce a foal in 2021, but had a Bolt colt this term. Spendthrift resident Bolt d'Oro, whose juveniles took the sales by storm this year with seven horses fetching $500,000 or more and up to the $1.2-million top price paid by Spendthrift at Fasig-Tipton Gulfstream, was represented some 23 hours earlier by pricey and good-looking Monmouth debut winner Major Dude. Lifetime Record: 1-1-0-0, $69,460. Click for the Equibase.com chart or VIDEO, sponsored by TVG.
O/B-Ruis Racing LLC (KY); T-Chris A. Hartman.