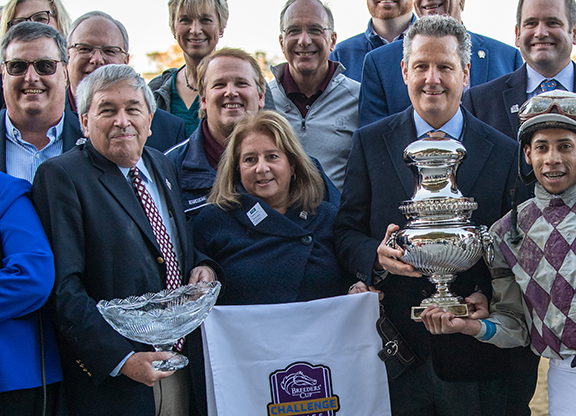 The New York Racing Association has yet to announce if it will move the date of the GI Runhappy Travers S., but at least one owner of a top 3-year-old has weighed in.

Jack Knowlton, whose Sackatoga Stable owns GI Curlin Florida Derby winner Tiz the Law (Constitution), said it would be “suicidal” to run the race on its scheduled date of Aug. 29.

An Aug. 29 Travers would mean that it would be run one week before a rescheduled GI Kentucky Derby Sept. 5. Considering that top horses very rarely run back in one week, trainers and owners might have to choose between the Travers and the Derby if the Travers is not moved.

Knowlton said that other owners will make the same decision.

In a normal year, the Travers would definitely be on Knowlton’s schedule, but the rescheduling of the Derby has changed the way trainers and owners are now plotting out their course to Churchill Downs for the first Saturday in September. Knowlton and trainer Barclay Tagg have been left to guess what sort of Derby preps will be out there and when will they be run. Knowlton said that if NYRA moves the date of the Travers, he would strongly consider running in the race as a prep for the Derby.

A good spot for the Travers to land might be Aug. 8, which would give Travers starters four weeks to prepare for the Kentucky Derby. Aug. 1 might also be an option.