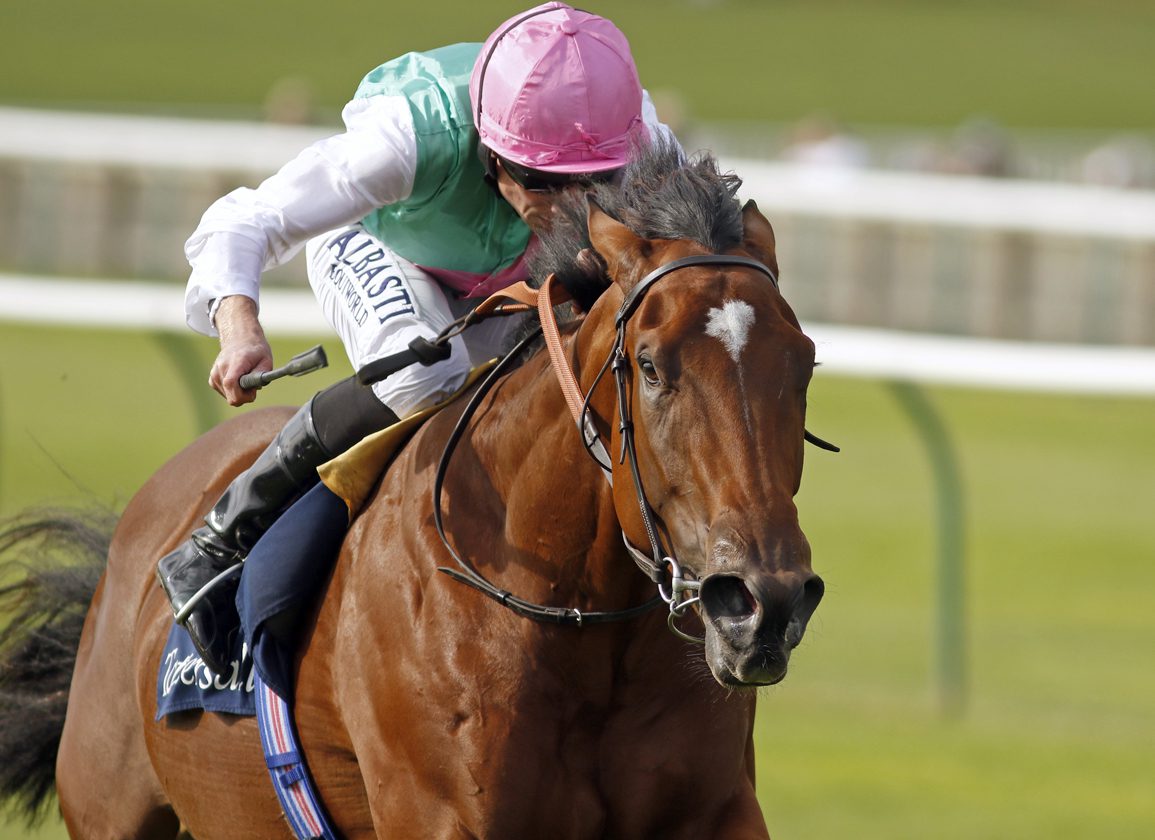 Sir Michael Stoute had not won Newmarket's G3 Tattersalls S. since 1994, Annus Mirabilis (Fr) (Warning {GB}) doing the deed back when it was known as the Somerville Tattersall S., and the local elder bridged a 28-year gap after 'TDN Rising Star' Nostrum (GB) (Kingman {GB}–Mirror Lake {GB}, by Dubai Destination) asserted his superiority in taking fashion to frank the impression given on debut in July. Juddmonte's March-foaled bay had delivered a scintillating performance over seven furlongs at Sandown in that only prior outing and accepted a tow in second after a sharp getaway in this black-type bow. Sent forward to dispute the lead from halfway, the 7-4 second choice was shaken up in front passing the quarter-mile marker and kept on powerfully under mild coaxing on the climb to the line to easily tame Listed Chesham S. winner and G2 Vintage S. second Holloway Boy (GB) (Ulysses {Ire}) by 1 1/4 lengths. Godolphin's G2 Superlative S. runner-up and Listed Denford S. scorer Victory Dance (Ire) (Dubawi {Ire}) was unable to land a telling bow from off the pace and finished three lengths further back in third. Rank outsider Abravaggio (Ire) (Caravaggio) made a bold attempt from the front and was outclassed, but not disgraced, once headed and finished 15 lengths adrift of third.

“I thought it was a very warm race, but he did it very nicely first time and was entitled to come and run in a race like that,” said Stoute after notching an overall fourth winner of the race. “We expected a very big run, but for a horse racing for the first time like he was it is always difficult to fathom. It is so far so good and you could only be pleased. I don't know if we will see him again this season. We will take him home and chill him out and relax him and put him back in fast work. It is a difficult time of year, especially for 2-year-olds when the weather turns, so we don't know. I would like to give him one more run [this year].”

Holloway Boy's trainer Karl Burke was not downcast in defeat and commented, “We're delighted with that as he missed eight to 10 days with a dirty scope and missed the [G2] Champagne S. [at Doncaster]. Danny Tudhope said he would be suited by a mile, so we could look at the [Oct. 22 G1] Vertem Futurity Trophy or, beyond that, the Breeders' Cup.”