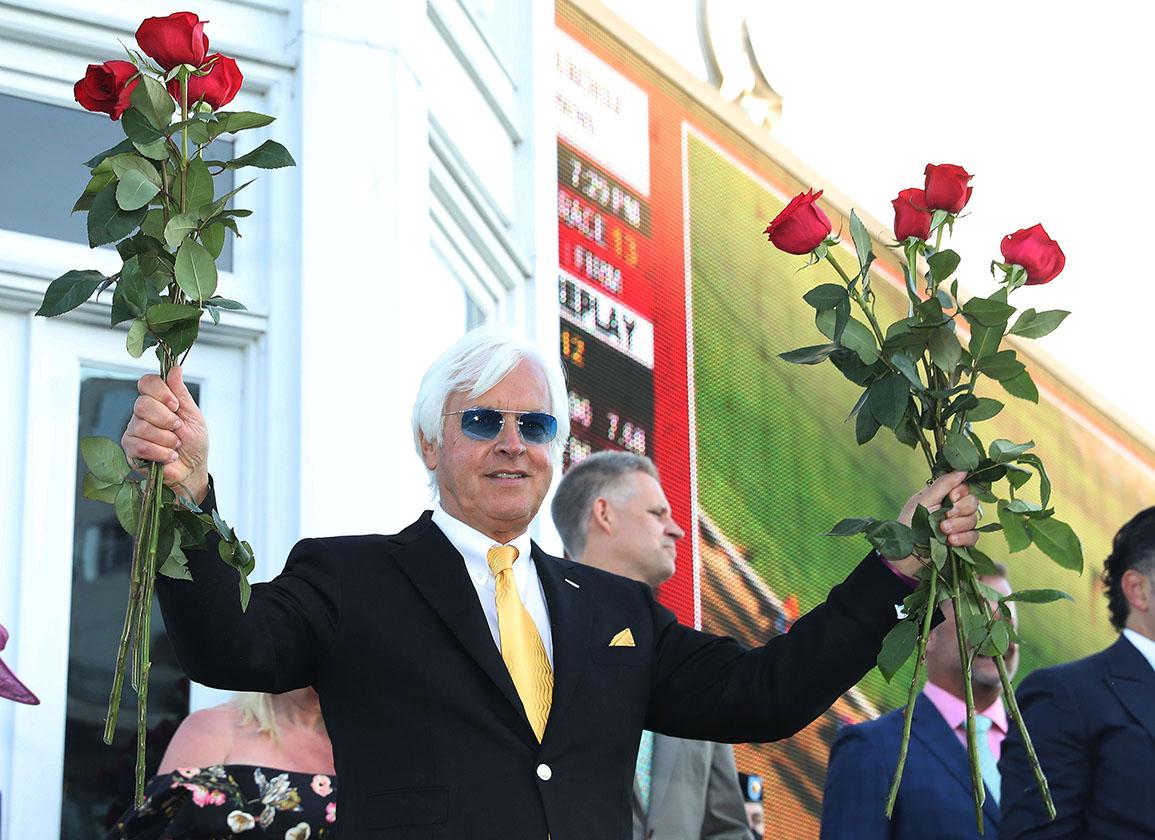 The federal judge presiding over the Bob Baffert versus the New York Racing Association ban case ruled Thursday that Baffert's affidavit, filed Wednesday as part of a 434-page “reply memorandum of law in further support of motion for preliminary injunction” of NYRA's ban, would not be stricken or disregarded, as NYRA had requested.

NYRA's attorney, Henry Greenberg, argued that the reply included new information that the NYRA did not have time to investigate and that the entire filing or the affidavit should be stricken or disregarded.

NYRA informed Baffert on May 17 after Medina Spirit's Derby positive for Betamethasone became public that he was temporarily not welcome to stable or race at Aqueduct, Belmont or Saratoga.

On June 30, NYRA filed a 236-page memorandum in opposition to granting Baffert an injunction. Baffert's attorneys filed their 434-page reply on Wednesday.

On a conference call at 2:30 p.m. Thursday, Judge Carol Bagley Amon ruled that all of the arguments and exhibits in Baffert's July 7 filing were admissible.

On the call, Greenberg told the judge that the filing of the paper was a “classic sandbag” on the part of Baffert's attorneys.

Greenberg argued that many of the claims made in the filing were not in reply to NYRA's response, nor were they substantiated. As an example, he cited the well-documented loss by Baffert of several top WinStar horses.

The Baffert filing details how WinStar had moved its horses to other trainers as a result of the NYRA ban.

“As for harms that have already occurred as a result of NYRA's ban, one of Baffert's major clients, WinStar Farm (“WinStar”) has moved all of its horses to other trainers. This included significant thoroughbreds LIFE IS GOOD (this year's Kentucky Derby favorite before he suffered a minor injury) and COUNTRY GRAMMER (Grade I winner of the Hollywood Cup and an early favorite for this year's Breeders' Cup Classic). This loss is substantial to Baffert, not only be because of the quality of the horses he lost, but because he has successfully trained many horses owned by WinStar, including recent Triple Crown winner JUSTIFY. WinStar's CEO, Elliott Walden, has publicly stated that he pulled these horse from Baffert partially due to NYRA's suspension because Baffert's current ability to enter horses in prestigious races is `limited.'”

The filing includes a copy of several stories from industry press detailing the incident and quoting Walden.

But Greenberg argued, “First of all, we have no idea if that's true or not. Second of all, WinStar is a corporation, not a person. Third of all, it's hearsay. Fourth of all, it's conclusive.”

“Who said these things?” Greenberg asked.

But Baffert's attorney Craig Robertson pointed out that Walden was indeed named in the filing, but was quoted in press clippings that were also provided. The TDN covered the story on June 24.

In the story, it quotes a text to the media from Walden which says, “The plan is to ship to Todd Pletcher in the coming weeks with a possibility of running in New York later this year. With the ban on Bob in Kentucky and New York right now, our opportunities are limited. We will continue to evaluate the situation with Bob and appreciate everything he has done with Life is Good.”

“They said Mr. Baffert has not given any specifics about horses who have been removed from his care, and that that was an important component,” Robertson said. “And so, in response to that, we drafted our reply and we addressed those specific points. They allege that we hadn't met our burden in response, which is exactly what we're allowed to do. We address the importance of New York racing to Mr. Baffert, and we address the specifics that they were claiming that were missing.”

Judge Amon said that while she hadn't expected to rule on any motions in the conference call, she was now being called upon to do so.

She also recommended that Baffert be in court Monday in case he were called upon to testify to settle any disputes. She asked Robertson if Baffert were asked to testify that it was Walden who had talked to Baffert, would he be able to say that Walden had told him that?

Robertson said that he would also provide the judge with other owners' names for whom Baffert had lost horses due to the NYRA ban by noon tomorrow.