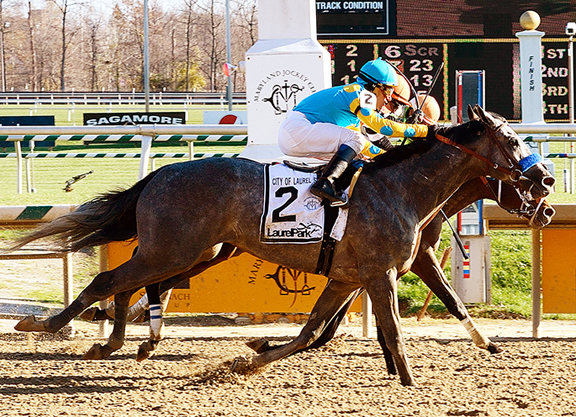 Judge Kim Bunnell ruled to dismiss the claims brought by the MGG Investment Group against Yeomanstown Stud in which they sought the return of the stallion El Kabeir in Fayette County (Ky.) Circuit Court Friday morning.

Yeomanstown purchased the stallion from Ahmed Zayat’s Zayat Stables Sept. 20, 2017, for $500,000. MGG was attempting to acquire the horse as part of its suits seeking the return of horses and breeding shares sold by the Zayats which had been pledged as collateral for $30 million in loans.

Yeomanstown had moved to discuss MGG’s claim on two bases: first, that a party possessing a security interest cannot take action against a buyer until it has pursued a remedy or received a judgment against the seller; in this case, Zayat Stables. The judge granted that motion, and dismissed the claim, leaving open the possibility that MGG could again pursue the claim if it obtains a judgment against Zayat.

Yeomanstown had also moved to dismiss the claim on a second basis centered on the statute of limitations. While the Kentucky statue allows for a claim to made within five years, the statute of limitations for retrieval of “specific personal property” must take place within two years. The judge ruled that horses were specific personal property, and therefore the two-year statute applied. However, MGG’s lawyer Craig Robertson argued that the tolling of the statute couldn’t begin until the claimant found out about the sale. Judge Bunnell said that while she was still inclined to dismiss, she didn’t have enough information about the case to make a ruling, but indicated that if the claim was brought again, she might dismiss it on the basis of the two-year statute.

The win for Yeomanstown is the second such victory among the 10 prominent industry members or organizations listed in MGG’s broadly expanded civil complaint filed Feb. 12. On Feb. 18, they dropped their complaint against Thomas Clark Bloodstock.

Last week from the bench, Judge Bunnell agreed to increase the powers of the court-appointed receiver, Elizabeth Woodward, per Woodward’s Feb. 18 motion.

“Over the course of her work, the Receiver and her agents have been contacted by many parties informing her of their claims and asserting first rights to sale proceeds and receivables,” her motion stated. “Based on the frequency of demands and the heightened interest spurred by the Receiver’s first sales at Fasig-Tipton Mixed Sale, the Receiver predicts these conflicting claim demands will only increase as more sales occur and proceeds are recovered.

“The Receiver submits that determining lien validity, priority and payment entitlement beyond payment of statutory liens for agisters and veterinary service is beyond the Receiver’s duties set forth in the Order. Not only are questions and claims against the proceeds of sales increasing, the Receiver is in receipt of notice that some parties intend to keep possession of assets unless paid, seemingly in contradiction of the terms of this Court’s Order,” the motion said.