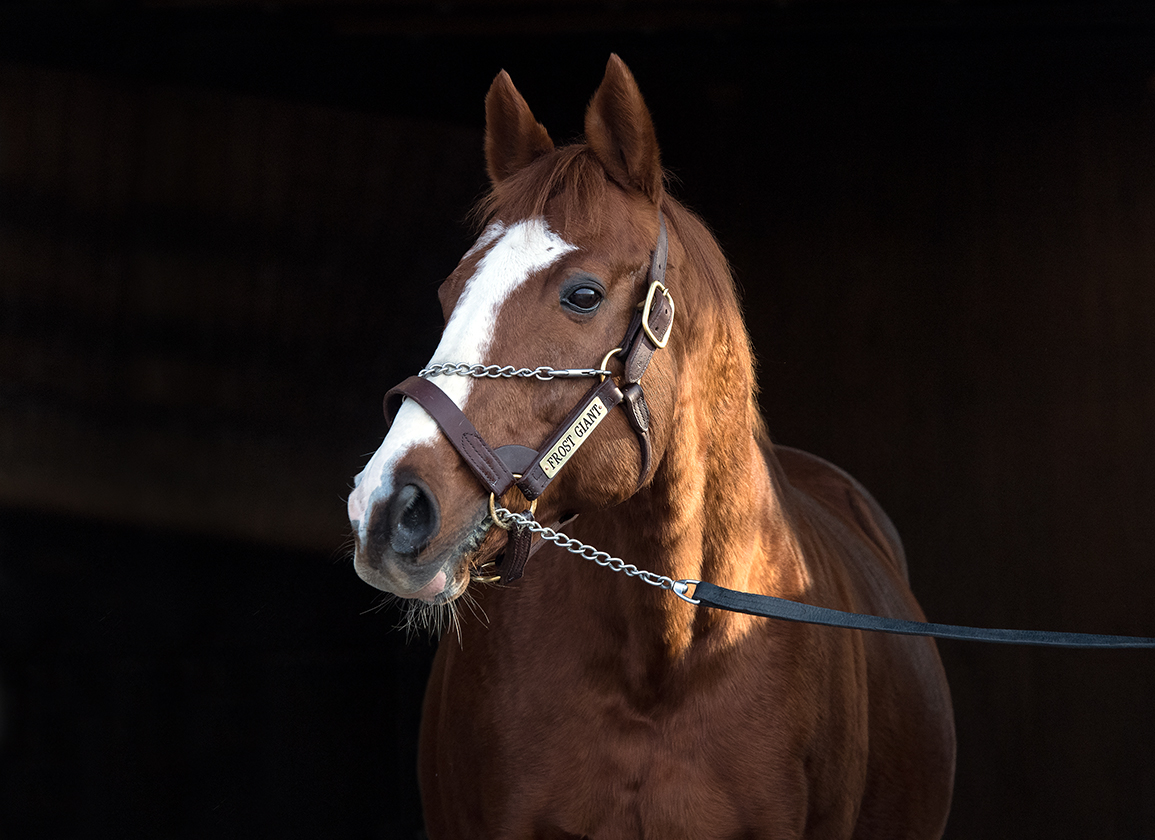 Grade I winner and longtime New York sire Frost Giant (Giant's Causeway–Takesmybreathaway, by Gone West) was euthanized from complications of laminitis Monday and buried not far from his paddock and barn at ReRun, Inc., a Thoroughbred retraining and adoption organization in East Greenbush, NY. He was 19 years old.

Bought by Coolmore for $600,000 at Keeneland September in 2004, the chestnut started his career in Europe with Aidan O'Brien, winning the G3 Killavullan S. as a juvenile and the G3 Kilternan S. the following year. He eventually was moved to the U.S., where he raced for various partnerships that included IEAH Stables, Andrew Cohen, Sanford Robbins, Pegasus Holdings Group. He reached his career pinnacle in 2008, pulling a 40-1 shocker in the GI Suburban S. for trainer Rick Dutrow and jockey Rudy Rodriguez. He entered stud in 2009 at Empire Stud in New York and later stood at Vinery, Keane Stud and Irish Hill Century Farms before being pensioned last January.

“If I was in the barn and shouted at him, he would always call back,” said Lisa Molloy, executive director of ReRun. “He would give you a run for his money, always want to jack with everybody. But not a mean bone in him though. He just liked to kind of spice life up a bit. He was a rock star. I'm pleased he came into our lives. I really, really enjoyed having him. It just sucks. I was hoping we'd have a little longer with Frosty, but once the spark had gone out you know that it was it.”

Frost Giant has sired 244 winners, 19 stakes winners and the earners of $22,537,016 in 12 crops. His most successful progeny is Giant Expectations, a multiple graded stakes winner who banked over $1.3 million in his racing career. He also sired Australian Group 2 winner and millionaire Valour Road.