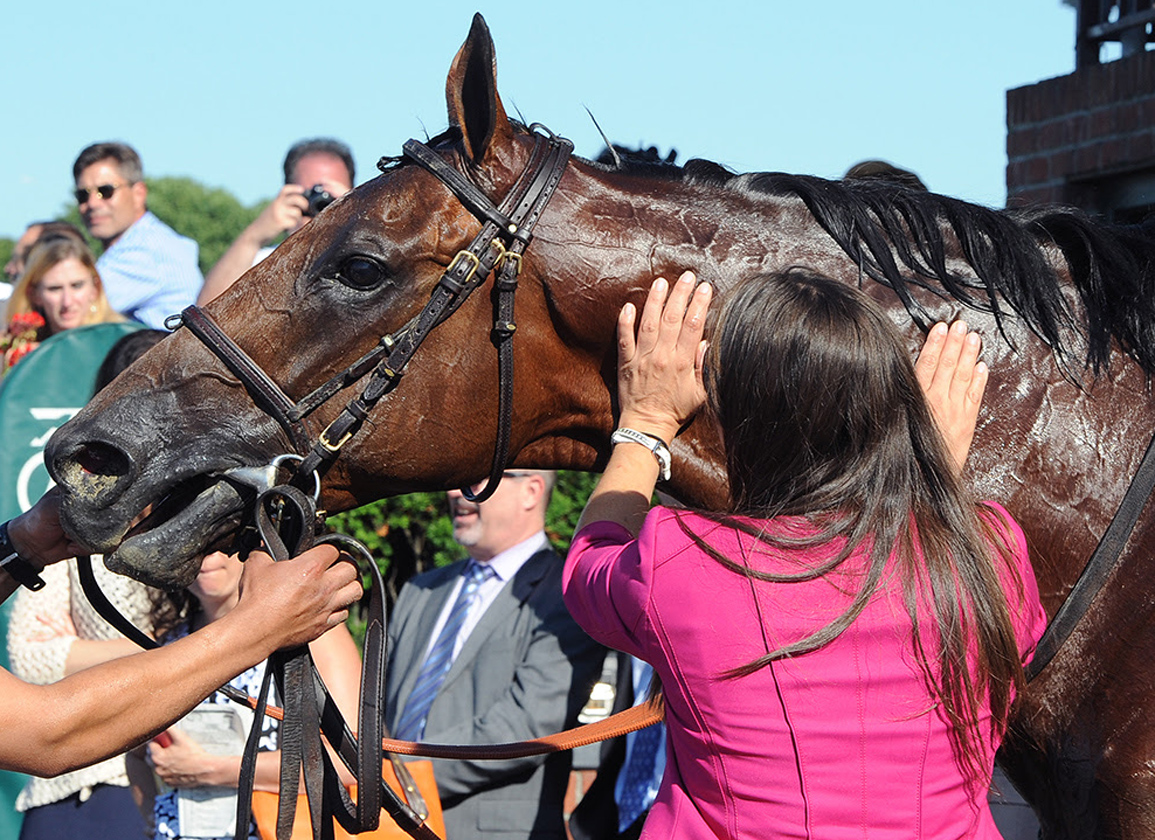 Zivo will lead the post parade for the day's featured event at the Spa, the $100,000 Rick Violette S. Now 12, Zivo serves as the stable pony for trainer Cherie DeVaux, who was assistant to Chad Brown when Zivo was under his care. He was originally retired to stud Irish Hill Century Farm before being pensioned.

“When I found out he was being pensioned there was no other option as to where he was going,” DeVaux said. “It was just a matter of what capacity with me and my family. I'm really excited the fans will get to see him once again.”

Uncle Sigh's lone race beyond the borders of the Empire State came in the 2014 Derby. He retired through New York's TAKE THE LEAD Retirement Program to ReRun in upstate New York in January 2020.

“He acted like he had lived here his entire life,” said ReRun Executive Director Lisa Molloy. “He never missed a beat–he usually takes most things in his stride.”

More than 800 of New York's racehorses have been retired to TAA-accredited facilities through the TAKE THE LEAD Program. In addition to Zivo and Uncle Sigh, there will be demonstrations by TAKE THE LEAD graduates on the Saratoga main track before the first race Wednesday, with ReRun and New Vocations Racehorse Adoption Program putting five horses through their second career paces. The demonstrations will take place between the eighth pole and the finish line from 11:45 a.m. to 12:20 p.m.