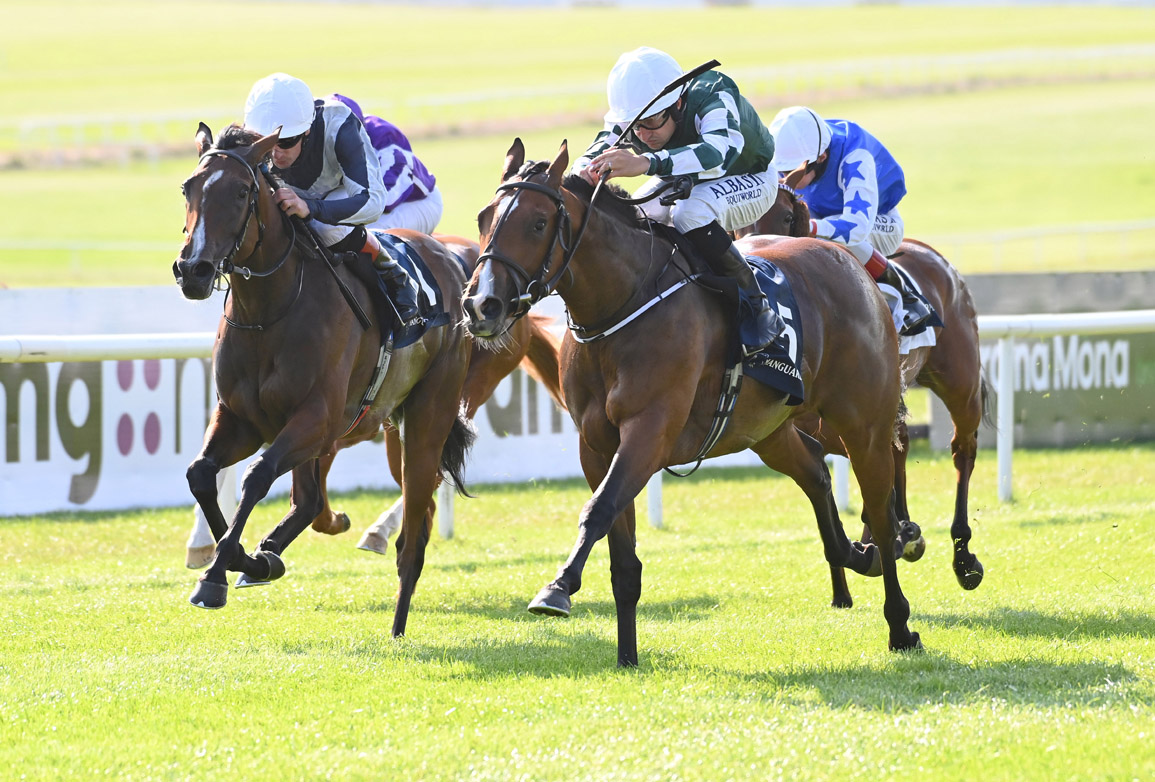 Zhang Yuesheng's 2-year-old filly Magical Lagoon (Ire) (Galileo {Ire}), who crossed the line first in a June 28 Dundalk barrier trial, shaped with promise on the front end when fourth to Albula (Ire) (Galileo {Ire}) contesting an Aug. 2 one-mile maiden at Naas in her only official start and the Jessica Harrington trainee exacted revenge on that reopposing rival by swooping late for a career high in Friday's G3 Manguard Plus Irish EBF Flame of Tara S. over the same trip at The Curragh. The 9-2 chance made an alert exit from the inside stall and raced in a handy fourth through modest early fractions set by Kiss You Later (Ire) (Galileo {Ire}). Shuffled back to fifth and under pressure with three furlongs remaining, she regained fourth spot entering the final furlong and kept on relentlessly under a continued drive to deny 4-5 favourite Albula by 3/4-of-a-length in the dying strides. Curragh maiden winner She's Trouble (Ire) (Fracas {Ire}) kept on well to finish best of the remainder, two lengths further adrift in third.

“She was just a bit clueless the last day [at Naas], she needed the mile and stayed on very strongly,” said Jessica Harrington. “She was good today and will probably have just one more run this year. She's in the [Oct. 8 G1] Fillies' Mile [at Newmarket] and might just go for that. She's a lovely filly, she's going to be a mile-and-a-half filly next year and I'm delighted for Mr Zhang, who now has a Group-winning 2-year-old this year.”