From Camp Hope to Hollywood Derby 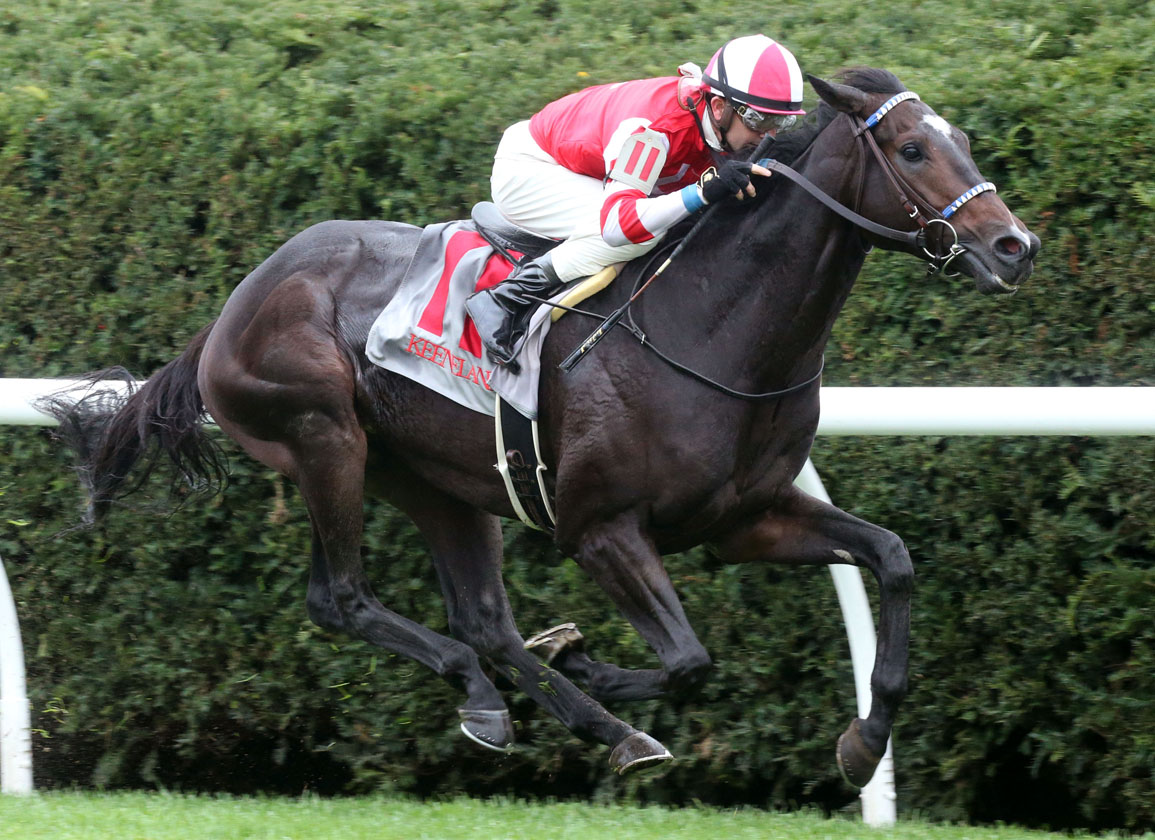 Camp Hope, a 3-year-old son of Summer Front who made it to the winner's circle on both opening day and closing day of Keeneland's fall meet, will take on Grade I company in Saturday's Hollywood Derby at Del Mar. The Kenny McPeek trainee carries the silks of owner Walking L Thoroughbreds, but his earnings go toward the important facility he was named after.

An intensive residential program in Houston, Texas, Camp Hope provides treatment for combat veterans suffering from trauma and PTSD. The facility opened its doors in 2012 and has since brought in over 1,600 veterans.

“Camp Hope is the residential program of the PTSD Foundation of America,” the program's Executive Director David Maulsby explained. “We bring in combat veterans from every era of war and every military branch. It is a peer-to-peer based program and is about six to eight months in length, although it can be up to a little over a year on occasion. Everything we do is absolutely free for our veterans and their family members. It's all about changing the trajectory of their life and trying to stop the ever-increasing suicide rate in our military.”

Scott Leeds, the founder of Walking L Thoroughbreds, was drawn to support Camp Hope through his racing stable when he learned of their goal of decreasing the average of 22 veterans who are lost every day to suicide.

“The simple mission of Camp Hope is for that number to become 21 or 20 or any number closer to zero than to 22 every day,” Leeds said. “Their goal is to let these guys live a life that isn't about whatever problems they might have. It's about being able to go to the grocery store without worrying about if there's something in a trash can that's going to blow up. You listen to these guys tell their stories and it just makes you want to do more.”

Residents of Camp Hope facility celebrated as the equine Camp Hope won on debut last October and brought attention to his namesake when he made it to the 2020 GI Breeders' Cup Juvenile, but they waited until nearly a year later for him to claim his next win. 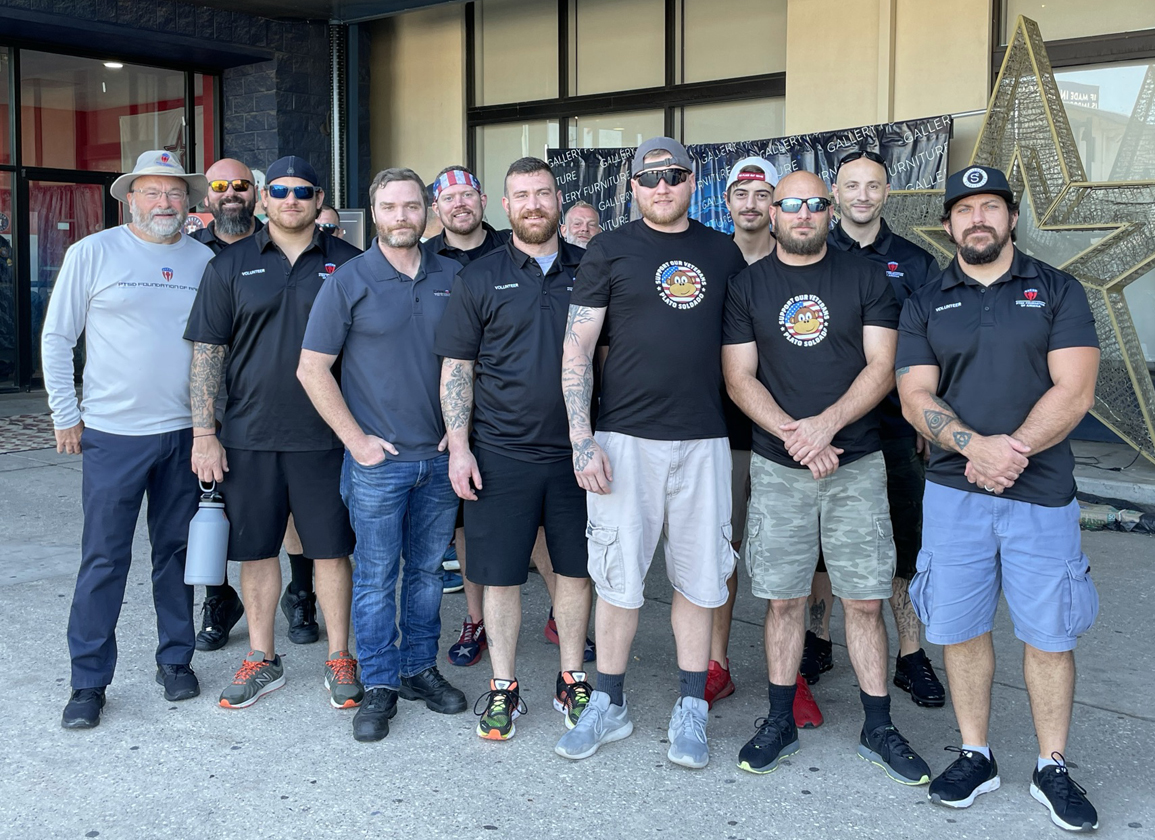 The tables turned this summer when the colt switched over to the turf. After a pair of third-place finishes at Saratoga and Kentucky Downs, Camp Hope defeated allowance company by over five lengths on Keeneland's opening day and then took his second straight victory three weeks later in the Bryan Station S.

The next morning, residents of Camp Hope gathered for their weekly Sunday morning meeting. As the group sat down, Maulsby began playing the video of Camp Hope's win from the day before.

“I didn't tell them what to expect,” Maulsby recalled. “I just said, 'Hey guys, here are some great friends who are helping share our story and they named their horse in honor of what happens here.' As Camp Hope pulled away, it got pretty rowdy inside the multipurpose building. It was very exciting for them to see somebody recognize what's going on here and want to tell the story to the rest of the world.”

Camp Hope's residential program has seen a dramatic increase in intake since the onset of the pandemic. Early in 2020, their capacity averaged 65 residents. Today, that number has increased to 95.

“Many veterans who were going to the VA were told not to come back because they closed the doors to anything other than physical emergencies,” Maulsby said. “So our numbers increased not only with our intake here, but with our outreach programs as well.”

Maulsby shared the story of one recent graduate  who came to the facility during the height of the pandemic. The Vietnam veteran had been struggling with addiction and self-medication for five decades and was receiving help from the VA in his home city until they closed their doors.

“When they told him not to come back, he converted back. It was the only coping mechanism he had. About three weeks later, he ended up having to be taken back into the hospital because of the addiction and because he was suicidal.”

A case worker at the hospital told the veteran about Camp Hope. After participating in the program for over a year, he was able to return home.

Despite an increased number of residents, the facility felt the impacts of the pandemic when they were forced to cancel their annual funding events last year.

“Camp Hope is operated primarily through fundraising events more so than a lot of nonprofits that might have endowments that could keep up with the lack of events,” Leeds explained. “These folks had to scramble to look for other ways to raise funds. Everyone who works here puts in seven days a week and it's not all success stories. One veteran just graduated and it was his fourth time being there. But they kept opening the door and saying, 'Yes, we're going to try this again.' The fourth time around, he spent eight months there and finally had his success story.”

Leeds and his wife Dana first became involved with Camp Hope and the PTSD Foundation through their colt Fighting Seabee (Summer Front), winner of the 2019 GIII With Anticipation S. 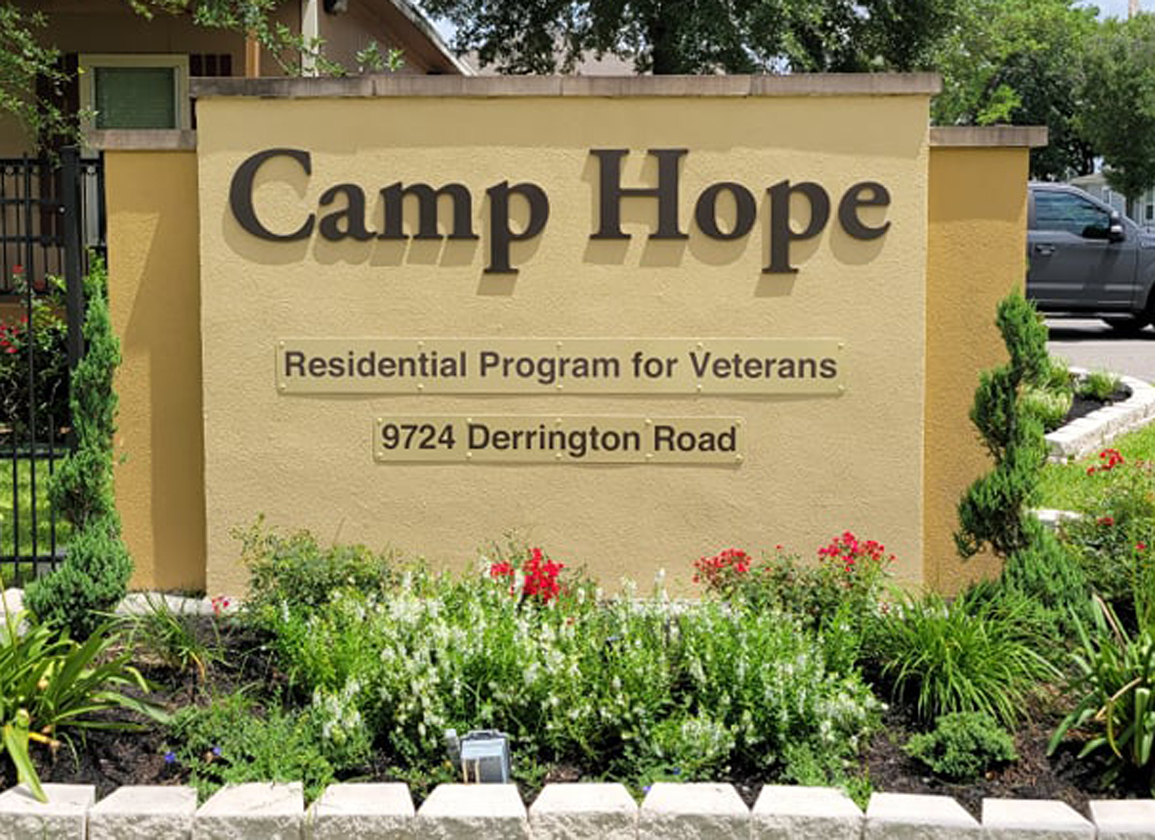 “For both Camp Hope and Fighting Seabee to be stakes winners, we know this business and know there's a very small percent chance for that to happen, so there's karma at work when we picked those two horses [to race for a cause],” Leeds said. “The funds they have earned are great and add to what we already would have been giving to Camp Hope anyways, but the ability to use their success to get the message out is what, to me, has been the greatest benefit.  Now that Camp Hope is in a graded stake, there's an opportunity to get broader media exposure to share that this horse has a cool name for a reason.”

Leeds said that between Camp Hope and Fighting Seabee, over $40,000 has been sent to Camp Hope and the PTSD Foundation, including $13,000 from Camp Hope's back-to-back wins at Keeneland last month.

“Going into the allowance at Keeneland, we expected him to win, but we didn't expect him to win by five lengths,” he said. “The timing worked out well to put him in the stakes race on closing day. The horse has matured significantly as the year has gone on and our biggest concern coming out of the Bryan Station was that there were no turf races at Churchill Downs and we didn't want to slow down on a horse that was in such a groove. We thought the Hollywood Derby was a really good spot. It's a step up, but we feel good about how he matches up.”

Leeds added that trainer-jockey connections Kenny McPeek and Brian Hernandez, Jr. share his confidence going into the Grade I.

“Kenny's feedback has been that this is the best shape this horse has ever been in,” Leeds said.” After the last race, Brian said he had plenty of horse under him, which you can see with how he finished the race. The mile and an eighth is not a concern because he won the allowance at the same distance. I think it all lines up to be a good way to finish the year off . The way this horse has matured and with the surface change, there are a lot of opportunities as we look ahead to his 4-year-old campaign.”

Walking L Thoroughbreds has been in the Thoroughbred business for less than a decade, but Leeds shared that they have recently ventured into the breeding side of the game with an ownership share in Lane's End first-crop stallion Unified. 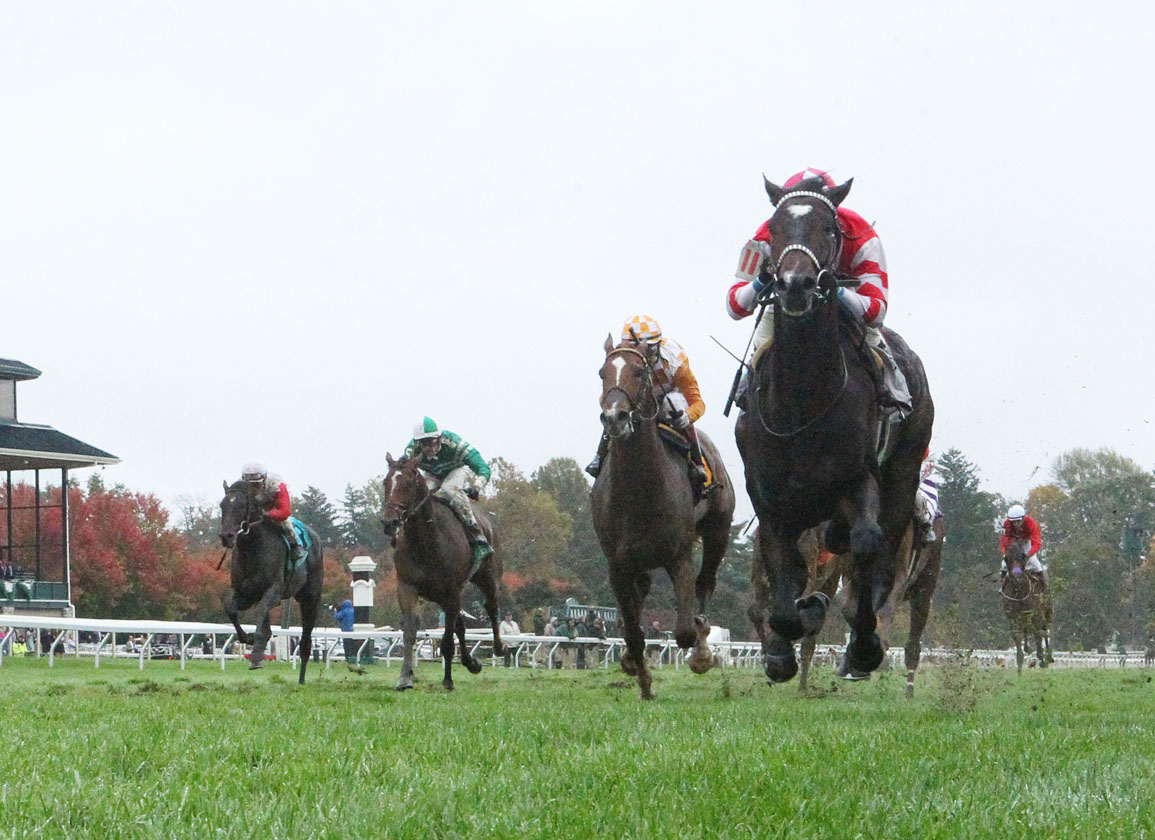 Camp Hope gets his first stakes win in the Bryan Station S. | Coady

“We made the decision that for anything we own that is related to Unified-the horses we breed to race, any yearlings or weanlings we sell-the proceeds are going to be shared with the PTSD Foundation. We like that because it's something that will keep on giving without us having to choose a specific horse. Now it's going to be any horse that comes through our Unified connection.”

For Leeds, the draw to support these organizations came through his grandfathers, who were both WWII veterans. Through his exposure to the work done at Camp Hope, he said the programs have become even more meaningful.

“Until the day my grandfather died, the thing he was most proud of besides his family was the time that he served our country,” Leeds shared. “The WWII veterans didn't even know what PTSD was, but I know for a fact that it was something that affected my grandfather for the rest of his life. I know if he knew what we were doing and what was happening at Camp Hope, he would want to be talking about it to everyone he knew. It's this little spot of land nestled in the suburbs of Houston, but to know what happens there, if we can tell one person every time we get a chance, I want to do that. These guys touch your heart, knowing what's going on there. It's just a really special feeling.”

The holiday season is a busy time at Camp Hope. Volunteers come in with dozens of smoked turkeys and twice as many freshly-baked pies. Hundreds of presents are wrapped and shipped out to the veterans' families back home.

And yet, it's almost inevitable that a veteran will show up on their doorstep on Thanksgiving or Christmas Day.

“It's heartbreaking to watch,” Maulsby said. “You think, 'How dark does your life have to be that this is the day you step away from your family and into a program where you're going to be gone from them for six months to a year?' But on the brighter side of that, they are starting on that day the work that needs to be done to change the trajectory of their lives.”

“Some pretty amazing things happen on these five acres of land,” he continued. “We have a great community that supports us and they understand that it takes more than a bumper sticker on the back of your car to support our troops.”

For more information on Camp Hope and the PTSD Foundation of America, click here.