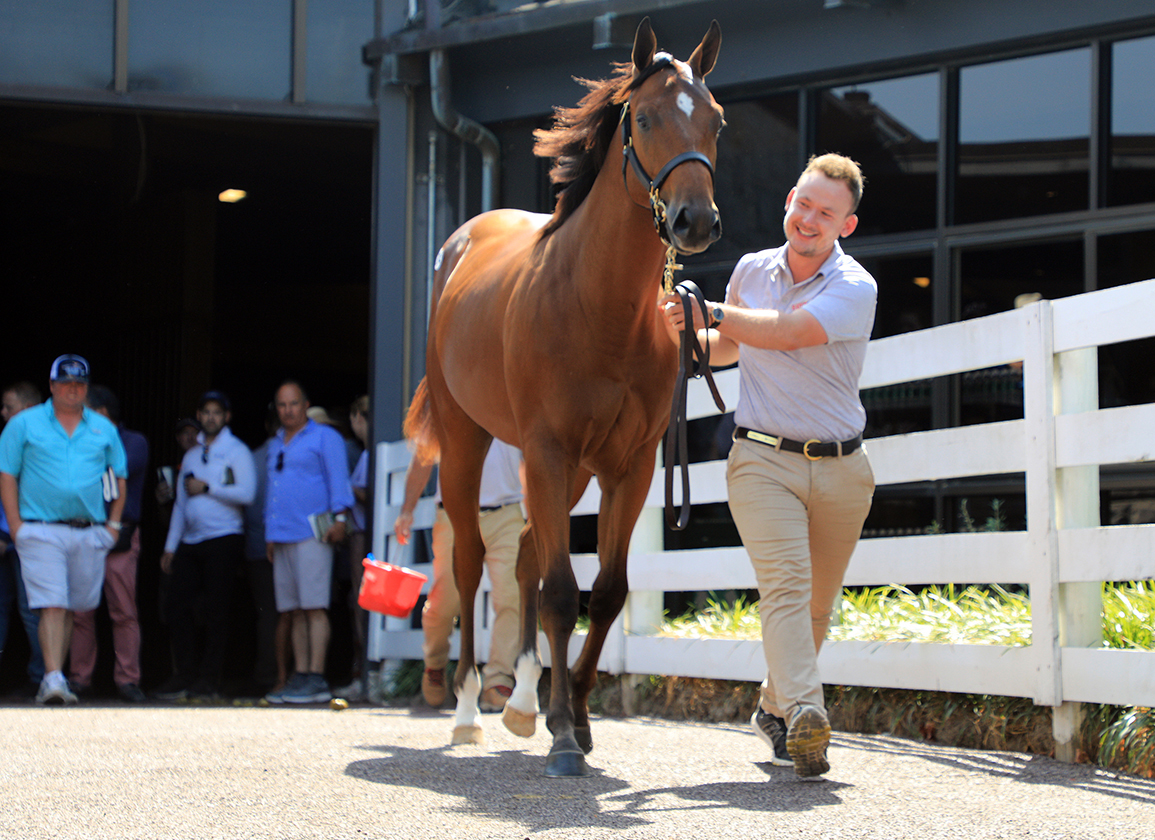 2nd-TAM, $26.5K, Msw, 3yo/up, 1m40yds, 1:08 p.m. ET
While their other four competitors are a combined 0-for-37, late-debuting newcomers Aussie Pride (Curlin) and Mint (Bodemeister) sport huge pedigrees and in one case, a massive price tag. The former, who carries the Godolphin blue for trainer Bill Mott, was the second topper at the 2019 Keeneland September sale at a gaudy $4.1 million. He's out of New Zealand champion sprinter Bounding (Aus) (Lonhro {Aus}), who is a half to G1 Investec Derby hero Anthony Van Dyck (Ire) (Galileo {Ire}). Mint's dam Flawless (Mr. Greeley), meanwhile, was a $4.1-million FTKNOV buyback last year one day after her son Authentic (Into Mischief) completed his Horse of the Year campaign with a GI Breeders' Cup Classic score. Arnaud Delacour trains Mint for breeder Peter Blum. TJCIS PPs

7th-GP, $54K, Alw, (S), 2yo, 7f, 3:29 p.m. ET
Repole Stable and St Elias Stable's So Determined (Into Mischief) takes on a couple of stakes-placed runners in his first try against winners. The $875,000 Keeneland September yearling is out of a full-sister to SW Summer House (Tiznow) from the family of MGSW and successful Louisiana-based sire Custom for Carlos (More Than Ready). Second in his local unveiling Oct. 2, he broke through by 4 1/2 lengths going 5 1/2 panels Nov. 14. TJCIS PPs

6th-SA, $67K, Msw, 2yo, 6 1/2f, 6:00 p.m. ET
West Point Thoroughbreds and Talla Racing LLC's Got Thunder (Arrogate) will look to go one better here after finishing second at 19-10 to Newgrange (Violence), whose high-profile connections, nicknamed The Avengers, will be represented this time around by Wharton (Candy Ride {Arg}) and Armagnac (Quality Road). Got Thunder was a $155,000 Keeneland September yearling turned $750,000 OBSAPR grad off a :10 flat bullet breeze. He's half to MGISW turfer Heart to Heart (English Channel) and MGSP Lady Traveler (Quality Road). Click for Steve Sherack's 'Second Chances' feature on Got Thunder after his Nov. 28 unveiling at Del Mar.

Wharton was a $475,000 September buy and is out of GISW sprinter Her Smile (Include), making him half to MGSW Pink Sands (Tapit). Armagnac, who cost $210,000 at the same auction, is out of turf stakes winner Kitty Wine (Lemon Drop Kid), who also set a track record on the Keeneland Polytrack over the Beard Course. TJCIS PPs