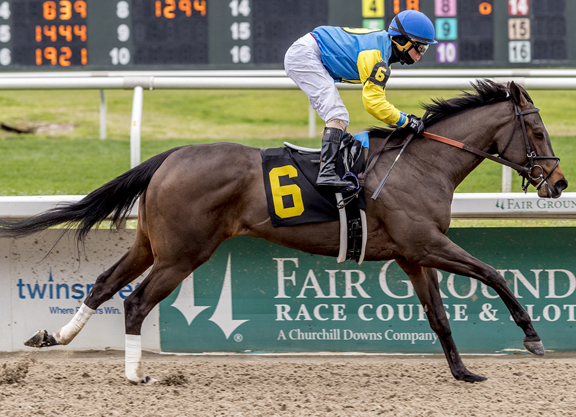 “She's very smart and does everything right,” trainer Al Stall, Jr. said in a recent column in TDN. “First, we'll just get a little bit more of a foundation underneath her, with hopefully another sprint with a gradual stretchout. Then, we'll see where things land after that.”

The four-time winner and stakes-placed Checkupfromzneckup (Dixie Union) was purchased by breeder WinStar Farm for $825,000 carrying Carribean Caper in utero at the 2017 KEENOV Sale. This is the extended female family of Broodmare of the Year Weekend Surprise, dam of the legendary A.P. Indy and Classic winner Summer Squall. TJCIS PPs