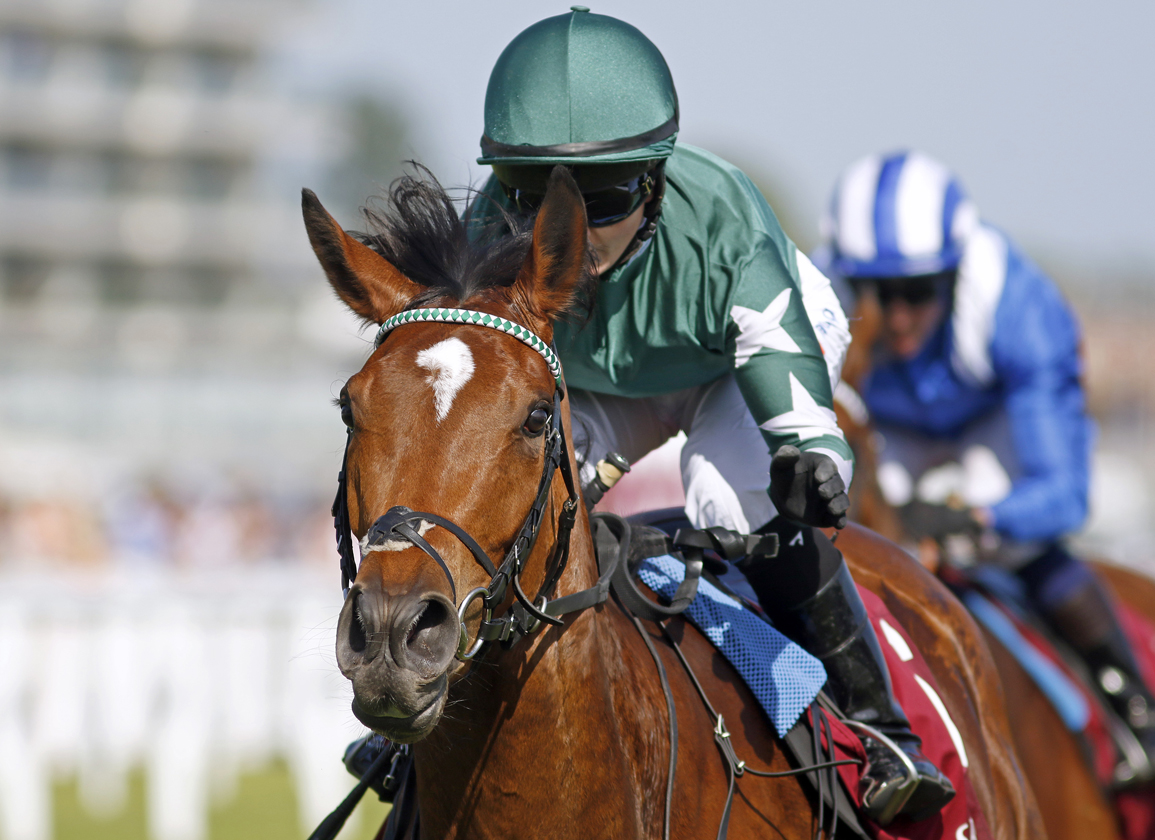 Suddenly, it looks like the Gosdens have a quandary regarding the Oaks after Imad Al Sagar's TDN Rising Star Nashwa (GB) (Frankel {GB}) threw her hat into the ring with a sparkling display in Newbury's Listed Haras De Bouquetot Fillies' Trial S. on Saturday. With much of the space available for the Epsom Classic already taken up with the stable's Emily Upjohn (GB) (Sea the Stars {Ire}), it may be to Chantilly that this talented individual heads for the June 19 G1 Prix de Diane so as to avoid a clash between the star fillies for now.

The latter 10 1/2-furlong test may be the way to go regardless, as she showed so much speed when breaking her maiden by 6 1/2 lengths over a mile at Haydock Apr. 23 and again here that the sharper trip will come more naturally at present. Anchored in last early by Hollie Doyle, the 5-6 favourite was finally given the command to take her rivals three out and a furlong later was in firm control at the head of affairs without a serious question being posed. Despite the sterling effort of Stay Alert (GB) (Fastnet Rock {Aus}) in the run to the line, there was a sense that Nashwa was idling as she recorded a 1 3/4-length verdict with Mukaddamah (GB) (New Approach {Ire}) 1 1/4 lengths further behind, 11 lengths clear of the remainder.

Top-class horses seem to follow Teddy Grimthorpe around and the owner-breeder's racing manager had a new one to reflect on here. “She settled well, quickened well and galloped to the line. She has taken it in her stride in every way,” he said. “She has got options of the Oaks and the Prix de Diane, which is a very nice conundrum. I think the great thing is the way she took herself into the race and lengthened–she is a lovely-striding filly from that point of view and Hollie gets on with her well.”

Thady Gosden hinted that the Diane could be at the forefront of plans. “She posted very smart sectionals at Haydock and she is a filly we have always liked a lot,” he said. “She shows a great attitude. Obviously we were drawn wide today which was not ideal, but Hollie dropped her in and settled her very well at the back and she was very well switched off there. She picked up well in the straight and found a good turn of foot. Obviously, she will have learned from the experience today. They are two different types of horses. Emily Upjohn is a big, rangy girl, where Nashwa is a little more compact. There is Epsom or France for the Prix de Diane and she has plenty of toe, so that will be a possibility.”