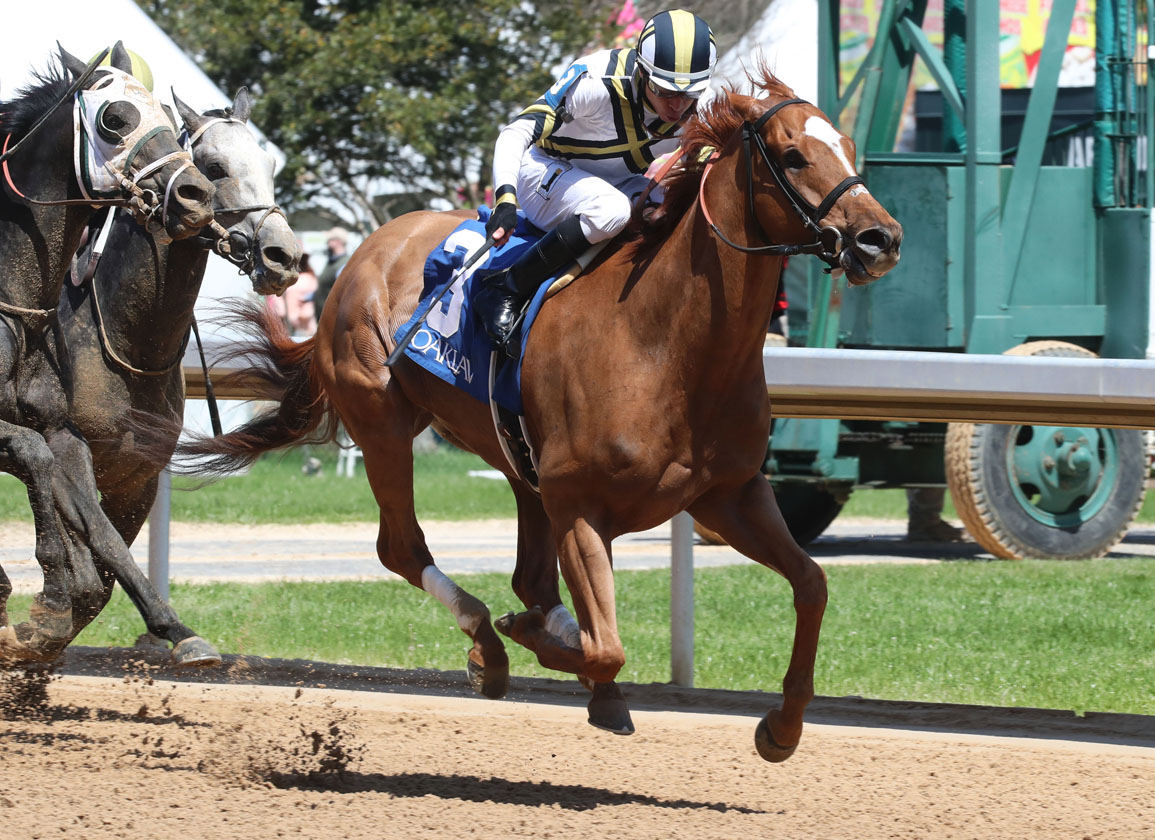 The riders of both the winner and the fourth-place horse in a $108,0000 allowance race on last Saturday's GI Arkansas Derby undercard both were fined for apparently forgetting that mile races at Oaklawn Park end at the sixteenth pole and not the traditional finish wire.

Geovanni Franco and John Velazquez each were assessed $200 fines from the Oaklawn stewards on Thursday for “misjudging the wire and striking his horse after the finish of the fourth race at Oaklawn Park on April 2, 2022.”

Franco was on the lead for most of the race aboard Background (Khozan) while Velazquez rallied from the back aboard Title Ready (More Than Ready). Background opened up late under urging to win by 1 1/4 lengths, while Title Ready was involved in a blanket finish whose 2-3-4 horses were separated by margins of a nose and two necks.

Although Oaklawn's pan shot of the replay doesn't show the immediate aftermath of the finish, the head-on shot reveals Franco whipping right-handed several times and riding hard almost to the traditional finish line while Velazquez delivers a single right-handed crack while also hustling his mount. Other riders shown in the frame are already easing up their horses.

Franco has ridden regularly at Oaklawn this meet while Velazquez has shipped in for stakes engagements. It was not immediately clear if either rider would be appealing.

Although this sort of misjudgment penalty has sporadically been imposed at Oaklawn over the years, it's always a bit more noticeable when it occurs on a big race day with a leading national jockey involved.

On the undercard of the 2021 Arkansas Derby, jockey Joel Rosario was fined $200 for misjudging the short-stretch finish aboard the 9-5 favorite Rushie (Liam's Map), who lost the $400,000 Oaklawn Mile S. by a nose.