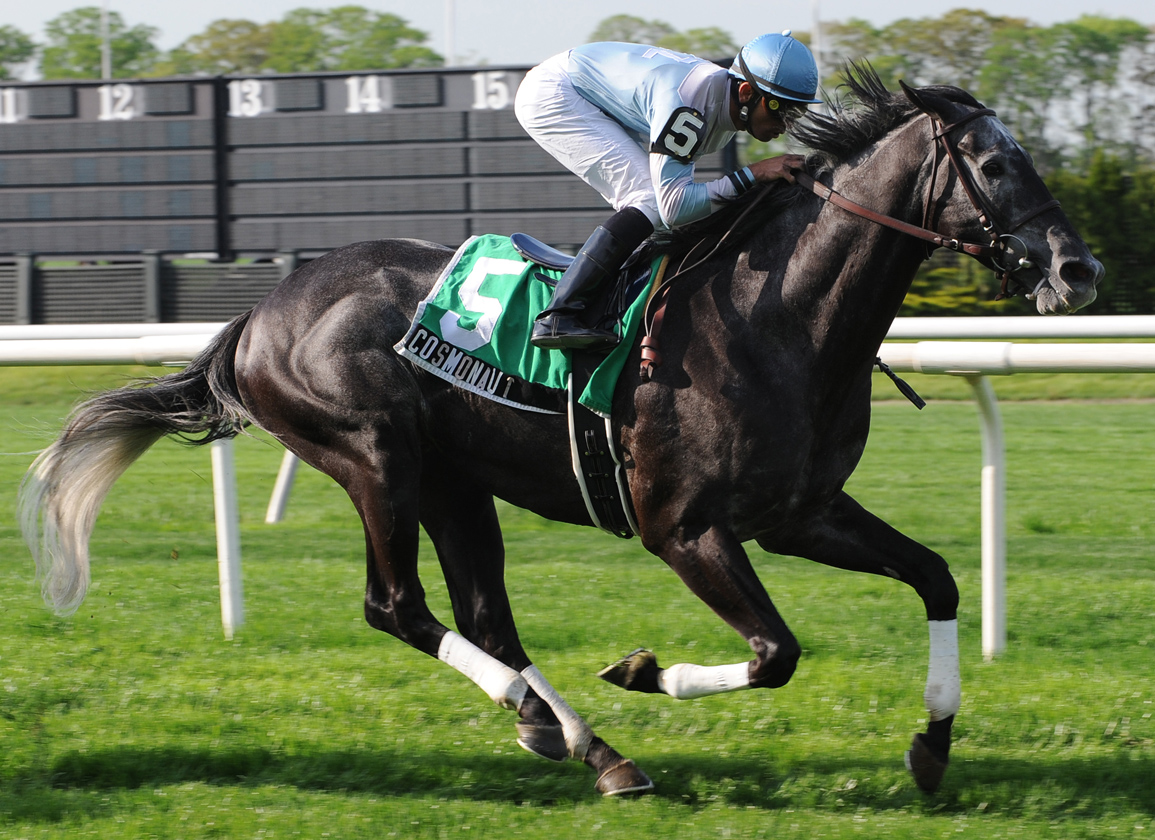 Cosmonaut (Lemon Drop Kid–Cosmic Fire, by Capote), a four-time Grade III winner and third in the 2007 GI Breeders' Cup Mile, was euthanized Oct. 29 at Cornell Equine Hospital due to complications from surgery. He was 19 years of age.

Bred in Kentucky by Patricia Pavlish, Cosmonaut was purchased by trainer Carlos Martin on behalf of Carl Lizza's Flying Zee Stable for $105,000 at the 2003 Keeneland September Sale and was a two-time winner and runner-up in the 2005 Commonwealth Turf. Turned over to Patrick Biancone the following season, the gray won the GIII Golden Gate Fields H. and GIII Arlington H. He successfully defended his title in the latter event as a 5-year-old in 2007 and was runner-up in the GI Shadwell Turf Mile ahead of a third to Kip Deville (Kipling) in that year's waterlogged Mile at Monmouth Park. He remained in training through 2009, winning that year's GIII Fort Marcy S. for trainer Phil Serpe.

He retired with a record of eight wins from 36 starts and earnings of nearly $1.4 million, earning the right to stand in New York at Lynwood and Susie O'Cain's Highcliff Farm, and he later covered mares at Mill Creek Farm, Saratoga Stud and Keane Stud. Cosmonaut is the sire of 46 winners, four of which are black-type winners, including GIII Bourbonette Oaks heroine Wonderment. He was retired to Old Friends at Cabin Creek in 2018.

“Cosmonaut was a wonderful old guy and loved his peaceful life being an ambassador for aftercare, but mainly loved his alfalfa,” Old Friends at Cabin Creek owner and manager JoAnn Pepper said in a tweet October 29. “We miss him so much already. They never get to stay long enough.”

So sad to share with you that our beautiful Cosmonaut passed away today. He was a wonderful ole guy and loved his peaceful life being an ambassador for aftercare, but mainly loved his alfalfa. Miss him so much already. They never get to stay long enough 💔 pic.twitter.com/gV8hhCE4V9