Eclipse Awards Ceremony to be Virtual in 2021 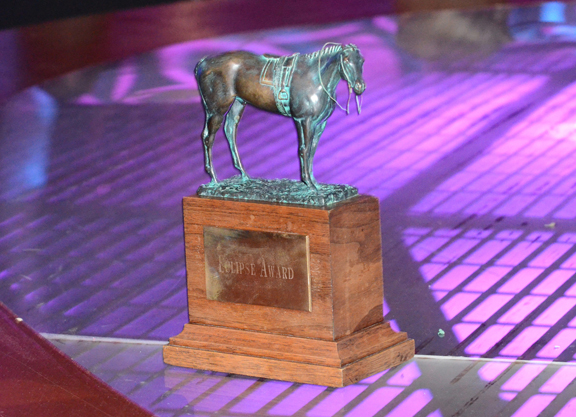 The Eclipse Awards Ceremony honoring champions of 2020 will be held Jan. 28 as a virtual event with portions hosted from Spendthrift Farm in Lexington. Winners in 17 human and equine categories will be announced in a virtual ceremony streamed live on multiple outlets, including TVG and Racetrack Television Network, beginning at 7:30 p.m. ET. The finalists for the 2020 Eclipse Awards will be announced Jan. 16.

“Aligning the 50th Eclipse Awards with a historic property like Spendthrift Farm serving as the backdrop for the broadcast is a natural,” said Keith Chamblin, National Thoroughbred Racing Association Chief Operating Officer. “Earlier this summer when it became clear that the 2020 Eclipse Awards ceremony would need to be a virtual event, we began discussions with Spendthrift about hosting portions of the event. Not only is Spendthrift one of the leading stallion farms in the world, steeped in a great tradition of champions, under the leadership of B. Wayne Hughes it has led the way in introducing innovations to the industry like Safe Bet, Share the Upside and MyRaceHorse.com.”