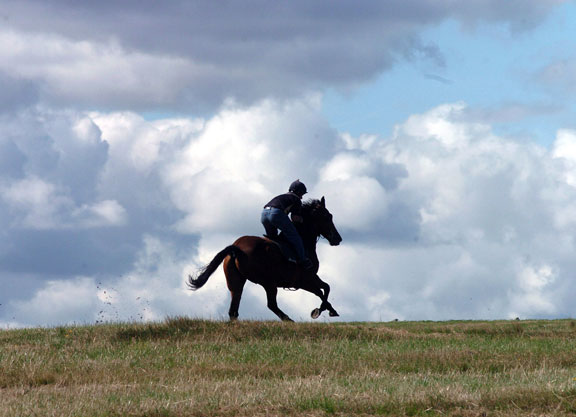 The European Breeders' Fund has pledged £1.8-million of its earnings from British-based stallions to prizemoney enhancements in 2021 between flat and National Hunt races, focused between Class 4 and listed level races. The £1.68-million pledged to flat racing covers more than 600 races, and is the EBF's joint-highest contribution equal to 2019.

In 2020, 595 flat races were run in 2020 under EBF conditions, receiving £1,430,250 of funding. British EBF financial contributions made up 22.5% of the £6,358,360 total prize money of these races, making them the second-largest sponsor in the sport. When racing was halted in the early part of 2020, the EBF re-strategised its initial allocations to release as much EBF money as possible when racing resumed. It also asked racecourses to reflect 100% of EBF money above the BHA minimum prize funds.

“2020 was a tough year for everyone but we were delighted to be able to get more than £1.5-million in to prize money, even with a truncated race programme,” said British EBF Chairman Simon Sweeting. “The relative strength of the stallion market means that we have been able to maintain our commitment to racing's prize money in 2021, when we know the effects of the last year will be felt keenly. We hope by the careful budgeting and strategy of the British EBF team, that we will be able to provide a certain amount of continuity and continue to elevate prize money wherever we can.”

British EBF Race Planning Committee Member Sam Bullard added, “We are constantly assessing our portfolio of races and how we support them; we work closely with the BHA and racecourses to identify new funding opportunities and are happy to support a much-needed new conditions race for 3-year-olds to be debuted at Goodwood's May fixture. We are also keen to back projects that provide specific developmental opportunities. A great example of this are the hugely successful British EBF Future Stayers' races. Designed to give juvenile maiden and novice opportunities for horses with middle and staying distance pedigrees, they have produced a runners to subsequent black-type winners ratio of 9%.”

The British EBF welcomes Jono Mills as a trustee for 2021. Mills replaces Sam Bullard as the Darley representative, but will remain on both the Flat and National Hunt Race Planning Committees.