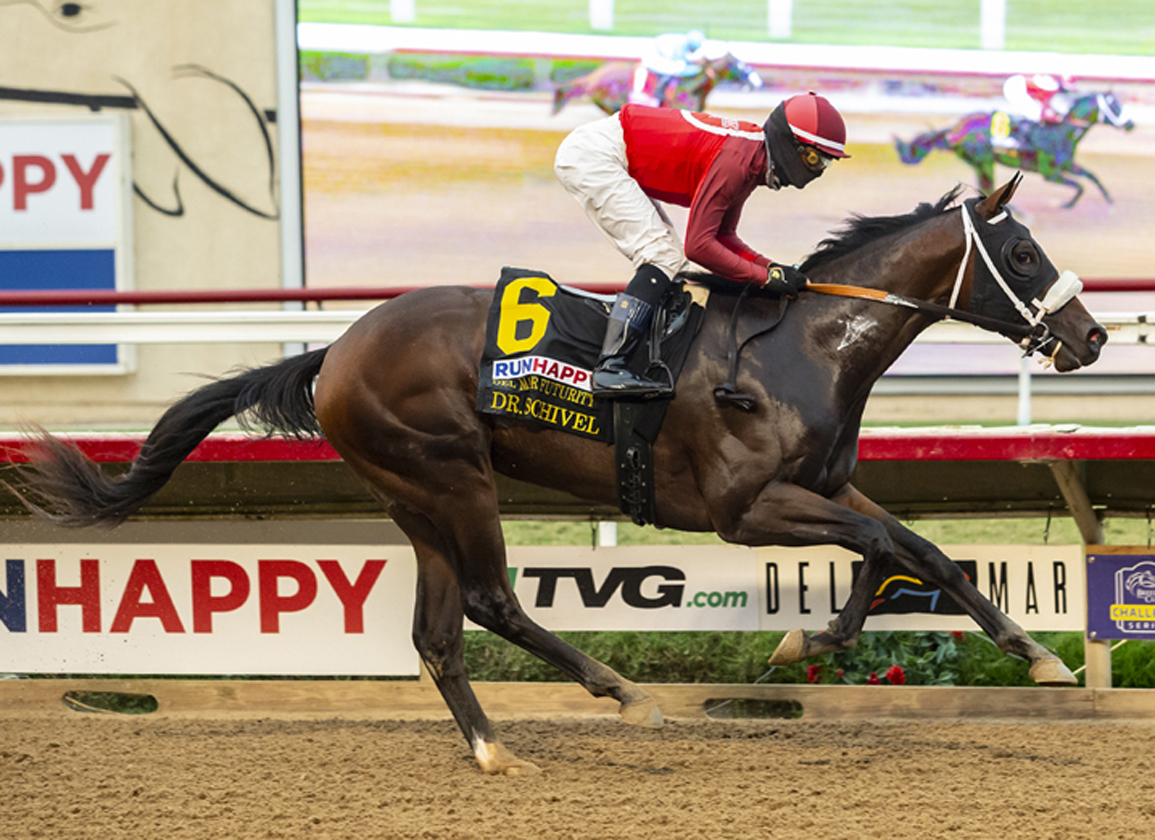 The streaking Dr. Schivel (Violence) will take a four-race winning streak into Saturday's 'Win and You're In' GII Santa Anita Sprint Championship S.

C Z Rocket, second in last year's GI Breeders' Cup Sprint, has held his form during his 7-year-old campaign, posting a record of 5-2-2-1, led by a win in the GIII Count Fleet Sprint H. at Oaklawn. A late-running third, beaten just a neck in the Bing Crosby, C Z Rocket enters off a second-place finish as the favorite in the GII Pat O'Brien S. Aug. 28.

Flagstaff tested positive for Clodronic Acid, a bisphosphonate otherwise known as Osphos, and was disqualified from purse money in last year's Santa Anita Sprint Championship. A narrow winner of the GI Churchill Downs S. May 1, he followed a second-place finish in Belmont's GII True North S. June 4 with a third-place finish in the Pat O'Brien.