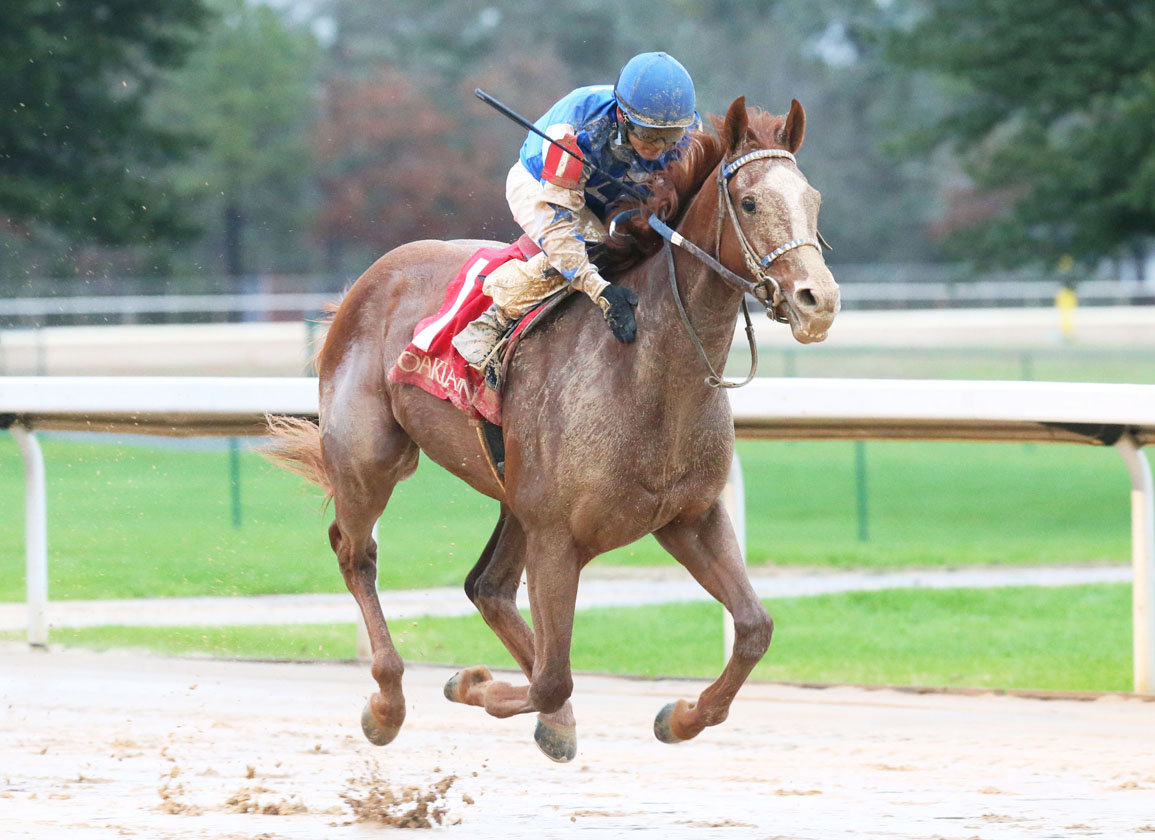 On the day Coolmore America sire Munnings got a new 'TDN Rising Star' in Dubai with Shahama, he also added a new stakes winner on the Derby trail with Dash Attack in Oaklawn's Smarty Jones S. Earning 10 points on the 'Road to the Kentucky Derby' in this one-mile event, Dash Attack broke from the rail, took a little hop out of the gate, and settled midpack behind fractions of :23.03 and :46.38. The chestnut edged closer in earnest on the turn, but was still saving ground in eighth as six panels were clocked in 1:12.34. Tipped out about six wide coming off the turn to find running room, he flew down the lane with his ears pricked to win with authority.

“I'm just really pleased with the job [rider] David [Cohen] and my team did over there,” said winning trainer Kenny McPeek from Florida. “Just an impressive run by that colt. Look, he's still just figuring it out, this horse. I knew he would come from off the pace. I saw that he got off a little awkward. I just didn't want David to rush things and it looked to me like he started to, but then as the race unfolded, he kind of ended up in a pocket for a while. But good horses overcome things and he's done that, for sure.”

Dash Attack had made one previous start, a Dec. 5 victory over track and trip that resulted in a 74 debut Beyer Speed Figure. McPeek's family is part of both the ownership group and the breeding partnership that resulted in the Smarty Jones winner. With his wide blaze, chestnut coat, and consecutive trips to the winner's circle, Dash Attack calls to mind another sophomore colt by Munnings, GI Champagne S. winner and 'TDN Rising Star' Jack Christopher, who was scratched the day prior to the GI TVG Breeders' Cup Juvenile as the likely favorite due to a stress fracture.

Dam Cerce Cay is a half to MSW & MGSP Song of Navarone (Sultry Song). She has a freshly minted 2-year-old colt by Noble Mission (GB) and a yearling full-sister to the winner.