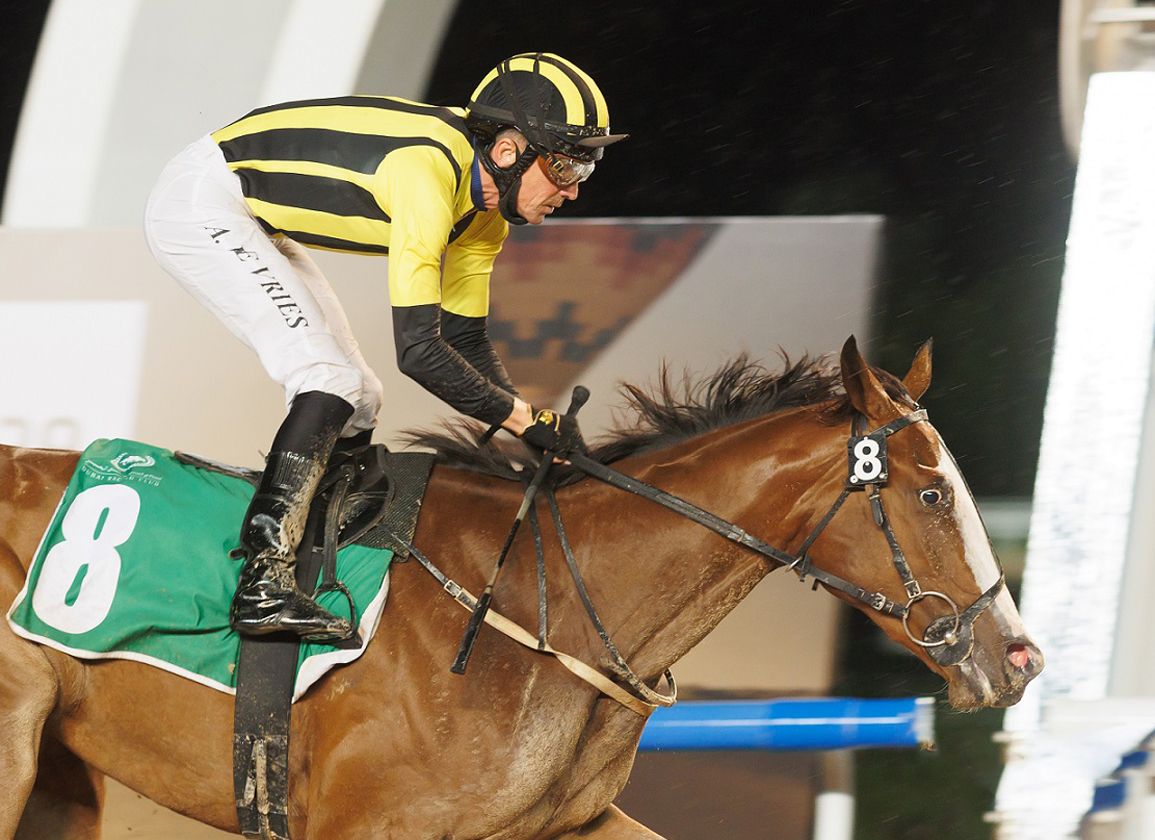 Shahama (Munnings), who bolted up by nine lengths on her 1400-metre debut at Meydan Dec. 9, endured a much more troubled passage in Saturday's UAE 1000 Guineas Trial, a conditions event over the same course and distance, but exhibited her considerable class in the final stages to score by 2 1/2 lengths en route to 'TDN Rising Star'-dom. She is the eighth 'Rising Star' for her sire.

Off slowly and ridden along from gate five racing over a rare sloppy main track in this jurisdiction, the $425,000 OBS April graduate (:21 flat) was forced to sit in behind the contested pace, but traveled well a handful of lengths behind. Shaken up with a bit more than a quarter-mile to travel, the half-sister to multiple champion Lookin At Lucky (Smart Strike), Ch. 2yo & 3yo Colt, MGISW, $3,307,278, hit the gap hard one off the fence at the 300-metre marker and galloped home a much-the-best winner.

“Seven furlongs is the minimum for her, she's got a big stride,” said winning rider Adrie de Vries. “I was never in trouble, I was following William Buick's horse, I was in a pocket, but she learned a lot today. Today she did it the hard way. I thought today when she hit the front, she was waiting. I was a bit afraid for the conditions, as the ground gets firm with the rain. A mile and even further will be better for her.”