Champ and BC Winner Meet Again at Churchill 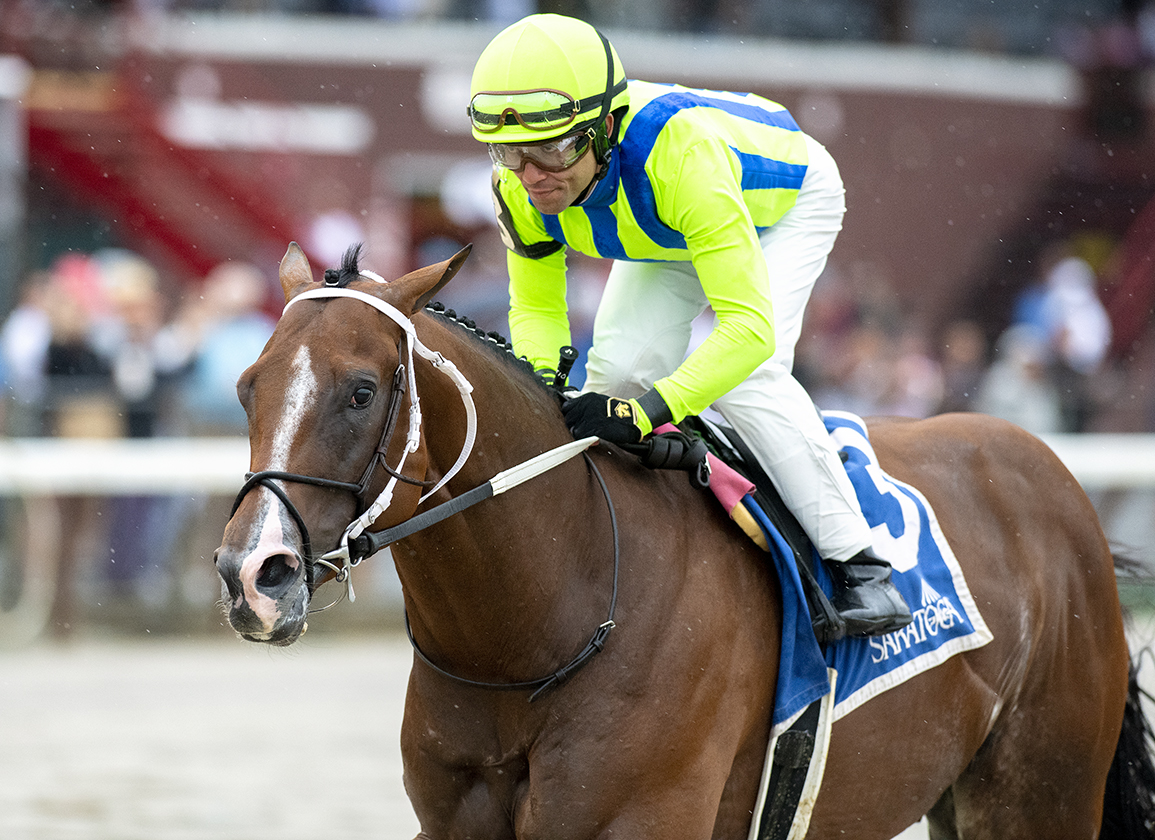 Champion Jackie's Warrior (Maclean's Music) and GI Breeders' Cup Sprint upsetter Aloha West (Hard Spun) face off once again Saturday in the GI Churchill Downs S. Winner of the GII Pat Day Mile on this card last year, Jackie's Warrior came up a neck short in Belmont's GI Woody Stephens S. in June and romped in Saratoga's GII Amsterdam S. next out Aug. 1. Defeating MGISW Life is Good (Into Mischief) by a neck after a gritty duel in the Spa's GI H. Allen Jerkens Memorial S. 27 days later, the bay demolished his competition in the GII Gallant Bob S. at Parx Sept. 25. Favored in the BC Sprint, Jackie's Warrior did the heavy lifting early, but came up empty in the stretch, fading to sixth. He had done enough to earn the Eclipse Award as top male sprinter and kicked off this term with a front-running score in a sloppy renewal of Oaklawn's GIII Count Fleet Sprint H. Apr. 16. Jackie's Warrior's Amsterdam win was also in the slop and he may face a similar conditions Saturday given the current weather predictions.

Aloha West captured a pair of optional claimers at Saratoga last summer and rallied to be a neck second in Keeneland's GII Phoenix S. Oct. 8. Dispatched at 11-1 in the Breeders' Cup Sprint, the dark bay closed strongly to spring the upset by a nose at Del Mar Nov. 6.

Godolphin's 'TDN Rising Star' Prevalence (Medaglia d'Oro) enters this of a good-looking score in a sloppy renewal of Keeneland's GIII Commonwealth S. Apr. 9. Fifth afer a bad start and wide trip in his seasonal bow at Gulfstream Feb. 5, he romped in a one-mile event there exactly one month later.