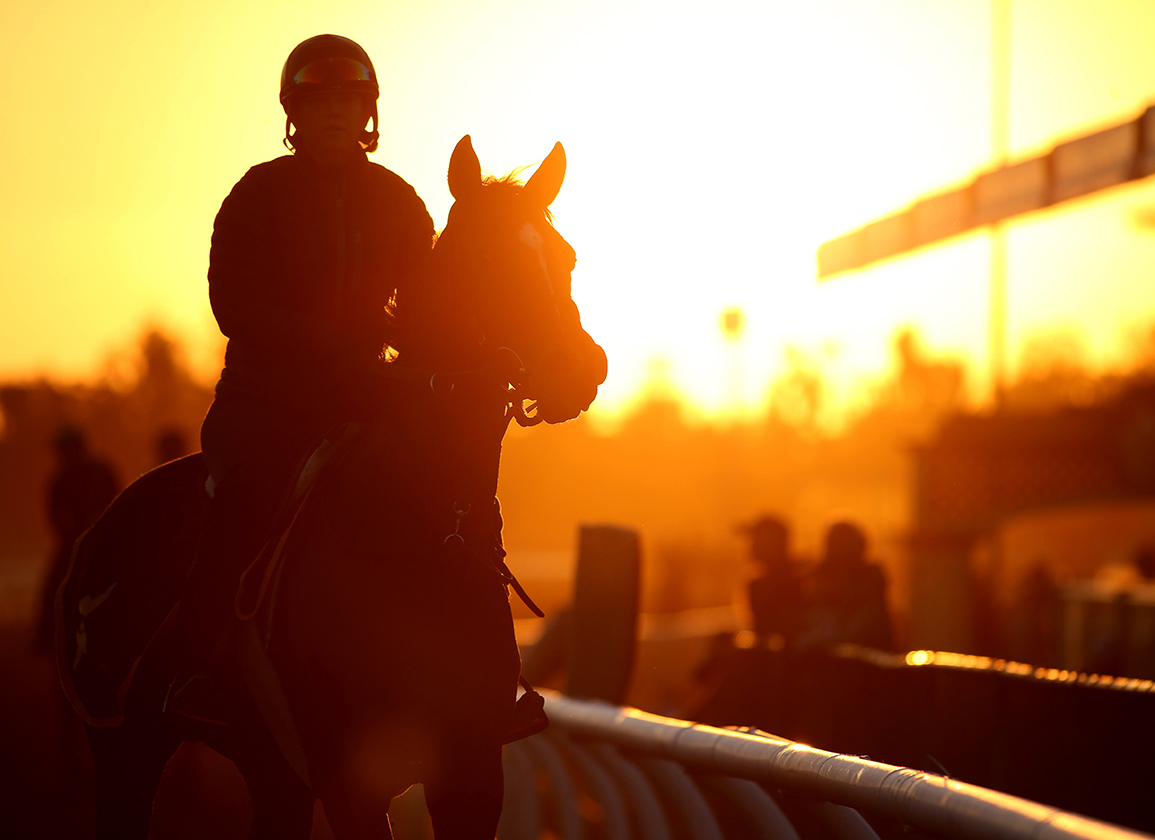 In what is believed a first such program in the country, California's exercise riders will soon be required to pass an “Exercise Rider Certification” course to remain eligible for coverage under the state racing industry's Post Time self-insured workers' compensation program.

After that date, “Post Time members will only be able to employ Post Time certified Exercise Riders without putting their Post Time membership and their workers' compensation insurance in jeopardy for not following policy,” stated a letter by Post Time to California trainers last week.

Exercise riders “account for 40% of our claims but 70% of our costs,” said Lyon

Further explaining the rationale, Lyon said that there has been one “catastrophic” rider injury every year for the past three years that have resulted in “policy limit claims”–two exercise riders and one jockey (the latter of whom is covered by a companion state insurance program called Finish Line).

Policy limit claims are those higher than $1 million, with Post Time covering the first million, while an excess coverage provider funds the remaining costs.

The seven certification exam components include exercises like the wobble cushion squats, whereby the rider must balance for a period of time in the “pushing” position on a couple of wobble cushions. A more detailed picture of the seven requirements can be viewed here.

Though each component has a time constraint, California exercise riders aren't required to meet the full standards set forth in the British jockey exam to attain a “passing” grade.

According to the letter distributed earlier this month, California exercise riders will be given a 30-day membership to train at a 24-Hour Fitness gym, courtesy of Post Time.

“Training for the test is not a requirement but is recommended to increase the rider's odds of passing the test. If a rider fails the test on the first attempt, they will have until March 31, 2022, to pass a re-test and become certified,” the letter states.

“This was going to be implemented pre-pandemic, but then the pandemic hit and all the gyms closed,” Lyon told the TDN, explaining that Post Time had “vetted” the test with exercise riders. “They said, 'no problem.'”

This new requirement, however, arrives at a time when trainers nationally are struggling to find and hold on to qualified exercise riders.

The TDN recently dug down into the underpinnings of the problem, finding that a dearth of qualified riding talent is due to a combination of issues like hard-line immigration policies, a shrinking pool of farms and training centers where young riders can be nurtured, as well as shifting societal trends, where the average American is now three generations removed from an agrarian lifestyle.

“Two of my best riders are old,” said G1 Dubai World Cup-winning trainer Mike Stidham at the time of that earlier investigation. “They're not going to be doing this forever, and when they go, I'm going to have to find two more to replace them. That's going to be hard.”

Several Southern California-based trainers and exercise riders spoke to TDN on background about their concerns over the new certification program, which they fear might cull a certain portion of California's exercise rider community.

Older exercise riders appear the cornerstone of these concerns–riders whose deficit in overall fitness, they argue, is compensated through experience in the saddle and learned horsemanship.

There exists, too, differing fitness levels within the exercise rider colony. Work riders, for example, typically attain a level of fitness more comparable to jockeys than those exercise riders charged with slower conditioning work, like jogging and cantering.

Lyon acknowledged these factors, saying that, “our goal is not to reduce exercise riders, it's to do with reducing the injuries that are a part of their occupation.”

Describing the initial implementation of the certification program as a “first-go-round,” Lyon said that, in the event the standards prove too onerous, the criteria could be altered once the results have been analyzed.

“There's always the ability for the board to take into consideration the results of the testing,” said Lyon, before reiterating that, “once again, it's not our intent to get rid of exercise riders. It's our intent to have them work in a safer environment.”

This latest development taps into the issue of the Post Time self-insurance group's financial stability, which relies on three funding mechanisms: a stall-per-day fee of $5.10, per-start fee of $162, and a slice of wagering revenue, which works out to 0.5% of money placed on exotic wagers.

In May of 2020, for example, the Thoroughbred Owners of California (TOC) announced that the California Thoroughbred Business League (CTBL) board had “unanimously approved” a $2-million subsidy from its reserves to be paid to Post Time.

Earlier that year, Post Time proposed a controversial plan to invoice trainers $1,233 per horse retroactively for the first quarter of 2020, to help fill financial shortfalls. That proposal was subsequently dropped after stakeholders agreed to the creation of a new “Director of Safety” position, to help establish and regulate uniform safety standards and implement them across all California training and racing facilities.

The new workers' compensation safety standards have already had a “significant difference in the frequency of claims,” said Lyon. “When comparing the just ended 24-month period to the previous 24 months, there was a reduction in claims of 30%,” he said.

Several important details of the exercise rider certification program have still to be thrashed out. It's unclear who will conduct the tests, for example. It's also currently unclear whether exercise riders will need to re-take the test after a period of time, and if so, how frequently.

“It's our first blush at it,” said Lyon, “so, there's going to be hiccups and bumps in the road, but we'll handle those as they come. We just want to make the work exercise riders do safer for them.”