Brown Vs. O'Brien in QEII 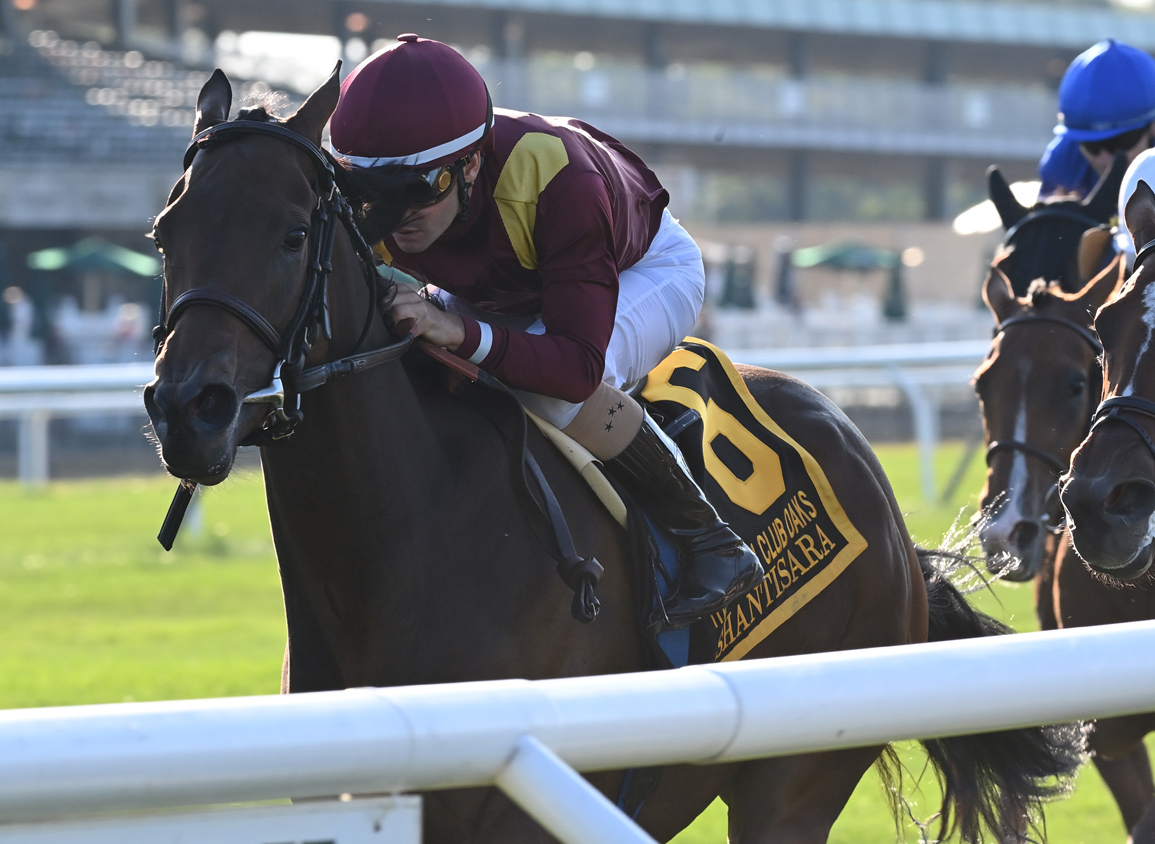 O'Brien saddles a representative of the Coolmore contingent in Empress Josephine (Ire) (Galileo {Ire}), who adds blinkers for her second start at Keeneland. Winner of the G1 Irish 1000 Guineas May 23, the bay could only manage eighth next out in Royal Ascot's G1 Coronation S. June 18 and was a well-beaten sixth in the G1 Nassau S. July 29. Fourth in the G1 Matron S. Sept. 11, she was shipped Stateside to take on her elders in last weekend's GI First Lady S. in Lexington, where she finished third to the Brown-trained Blowout (GB) (Dansili {GB}). The connections' Together (Ire) (Galileo {Ire}) wheeled back off a second in the 2011 First Lady to take that year's QE II.

Technical Analysis kicked off this season with a Belmont optional claimer score Apr. 29 and was sixth in that venue's GIII Wonder Again S. June 3. The bay enters off of back-to-back victories at Saratoga in the July 23 GIII Lake George S. and Aug. 21 GII Lake Placid S.

Undefeated 'TDN Rising Star' Lady Speightspeare (Speightstown) faces her toughest competition yet in this first start outside of Canada. A good-looking debut winner at Woodbine in August of 2020, the Chuck Fipke homebred won the GI Natalma S. last September and was subsequently shelved. She made a victorious return 50 weeks later, wiring a Woodbine optional claimer Sept. 6.