Bramlage & Farish Elected to The Jockey Club Board of Directors 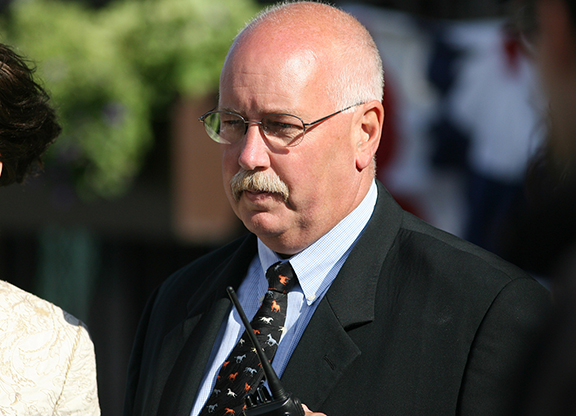 Dr. Larry Bramlage and William S. Farish, Jr. have been elected to the board of stewards of The Jockey Club, filling the expired positions of Barbara Banke and Michael O'Farrell, Jr.

Bramlage is an internationally recognized equine orthopedic surgeon and a shareholder in Rood & Riddle Equine Hospital in Lexington, Ky. Additionally, he is a member of the Thoroughbred Safety Committee. Bramlage was awarded The Jockey Club Medal in 1994 in recognition of his contributions to Thoroughbred racing. He has been a member of The Jockey Club since 2002

Farish previously served as a steward of The Jockey Club from 2015-2019 and has been a member of The Jockey Club since 1996. He is on the board of directors for Breeders' Cup and served two terms as chairman of the board. He is currently chairman of the Horse PAC and is a member of the board of directors of Keeneland Association and the Grayson-Jockey Club Research Foundation. His family owns Lane's End Farm in Versailles, Ky.

This story was posted in Top News and tagged Board of Stewards, Dr. Larry Bramlage, Lane's End, Rood and Riddle, The Jockey Club, William Farish Jr..