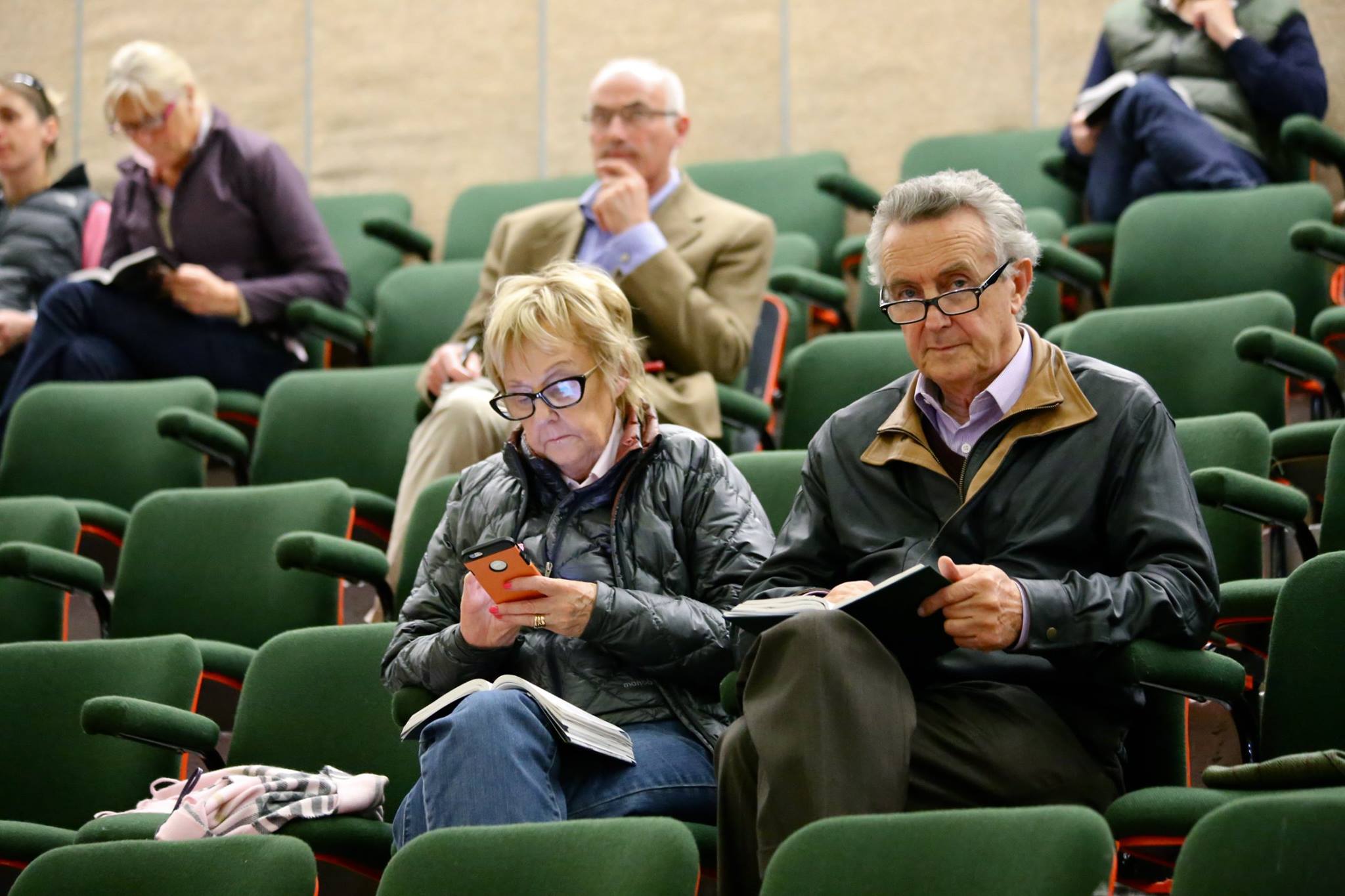 Two legends of Irish racing will join forces for the first time this season after Jim Bolger revealed that he has a 2-year-old filly by Holy Roman Emperor (Ire) in training with Kevin Prendergast.

Bolger gave €31,000 for the recently named Roman Moon (Ire) after Prendergast recommended the filly at the Goffs Orby Sale last September and she is set to break new ground by becoming his first runner with the Friarstown operator.

Speaking about the reasoning in sending the filly to the 89-year-old handler, Bolger told TDN Europe, “It was Kevin who suggested that we buy the filly and, when we did, we said that we would leave her with him knowing that she would be in safe hands.

“If I remember correctly, I was sitting beside Kevin when she walked into the ring and he told me that he was thinking of buying her on spec. Clare Manning [Bolger's granddaughter] also liked her and, when what she told me was confirmed by Kevin, I told her to go ahead and buy the filly.

“I decided there and then that, if Kevin was interested in training her for me, he could have her. She cost €35,000 so is qualified for all of those auction races and will carry Jackie's colours.”

Bolger added: “Kevin is very happy with her. You could say that Kevin is a victim of his age, and I suppose myself to a lesser extent, as not too many people want to send a man in his late 80s a racehorse. But, as far as Kevin is concerned, there are few better than him at his craft.”

Prendergast outlined his ambition to continue training “until the man upstairs calls it all to a halt” to the TDN Europe last week and Bolger's Roman Moon will form part of a 15-horse string.

Bolger's numbers are understood to be closer to 100 or more, the majority of which are owned by himself, with the wheels of his famous Coolcullen-based training establishment kept turning by the trainer's breeding arm of the operation.

It is a truly unique way of running things, with Bolger deriving just as much interest from breeding winners as he does in training them.

“One is dependent on the other but, as far as enjoyment is concerned, I suppose it would be 50-50. I have 80 broodmares and I would need 60-70 of those to go in foal every year in order to keep the wheel turning as I own 95% of the horses I train,” he explained.

“The majority of my mares will go to my own stallions but we use outside stallions as well. We could send up to 20 mares to outside stallions every year and the dam [Halla Na Saoire (Ire) (Teofilo {Ire})] of Mac Swiney (Ire) (New Approach {Ire}) has been covered by Mehmas (Ire). She also has a yearling by Make Believe (GB).”

Mac Swiney (Ire) (New Approach {Ire}), best known for getting the better of his stablemate Poetic Flare in a gripping Irish 2,000 Guineas last May, has been kept in training as a 4-year-old.

Just under 12 months on from that heroic display at the Curragh, Bolger recalls of how he wasn't best pleased to see his better-fancied Poetic Flare beaten but, any pain felt in the defeat soon disappeared when he realised he had the dam (Halla Na Saoire) standing out in the field.

“I was disappointed initially when Mac Swiney beat Poetic Flare in the Irish 2,000 Guineas last year but, when I realised that I had the dam of the winner standing out in a paddock, it made it a bit easier,” he said, before sharing details on some of stallions he supported this year.

“Along with Make Believe and Mehmas, we sent mares to Profitable (Ire), Blue Point (Ire) and Belardo (Ire). I sent 25 mares to Teofilo, about a dozen to New Approach and we supported Dawn Approach as well.”

Mac Swiney may be the best older horse Bolger has in training and is firmly on course to kick-start his 4-year-old campaign in the Tattersalls Gold Cup at the Curragh later this month but the trainer has Classic aspirations for TDN Rising Star Wexford Native and Boundless Ocean.

He said, “Good ground will make a huge difference to Wexford Native (Ire) (Teofilo {Ire}) and if we get good ground in the Irish 2,000 Guineas, he could go there. His proper trip will end up being 10f or 1m4f–he could stay the Irish Derby trip.”

Bolger added, “Boundless Ocean (Ire) (Teofilo {Ire}) was too keen [when 13th in the 2,000 Guineas] at Newmarket but we think we've got him settled at home now and will pick a race for him soon. He could go for the Irish 2000 Guineas but I would be in no rush to run the two of them against each other.”