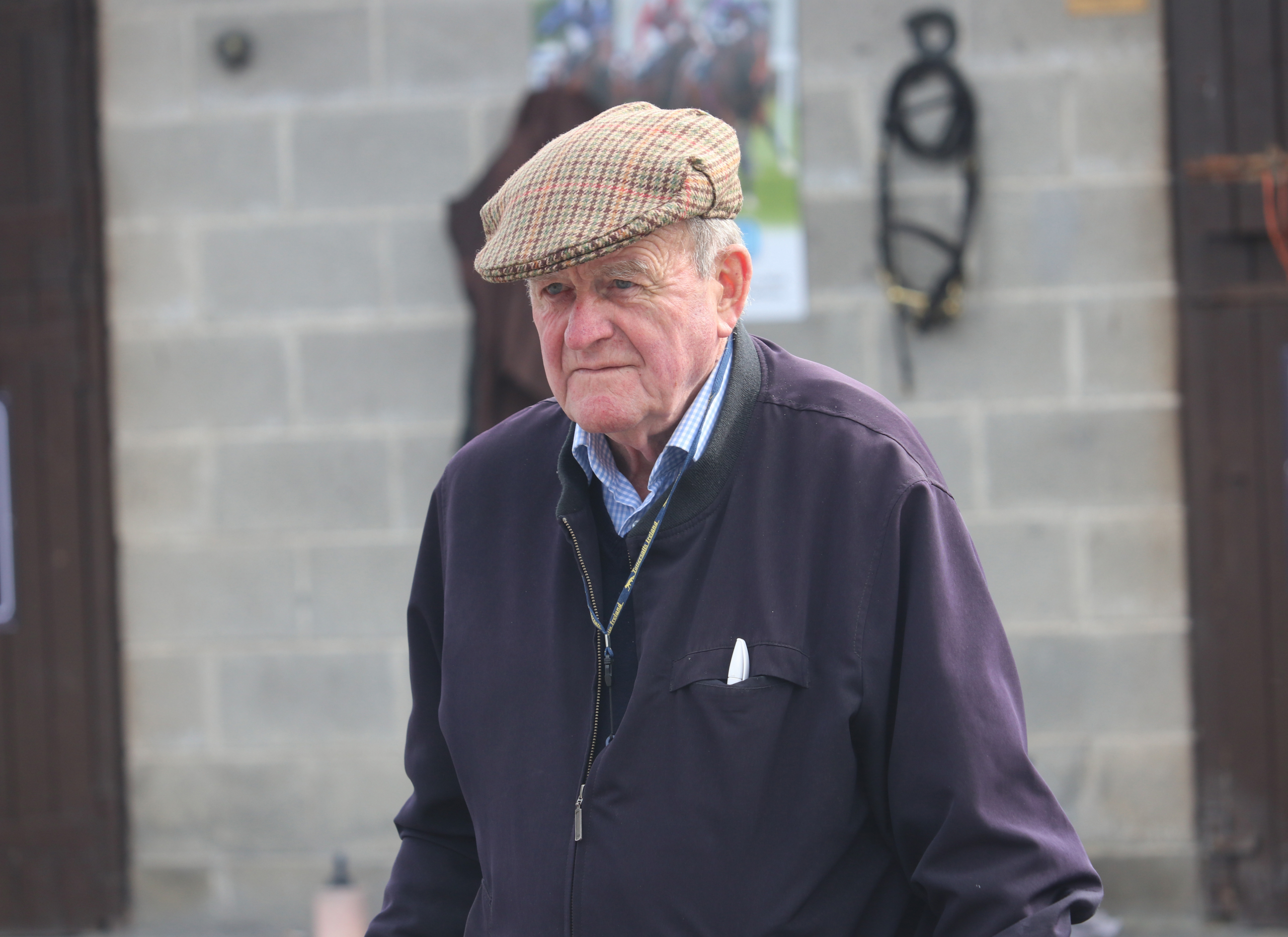 Less than a fortnight after it was announced that legendary trainer Kevin Prendergast would remain on the Shadwell roster, the 89-year-old operator confirmed that he was not the retiring kind and spoke for the first time since Hamdan Al Maktoum's passing about his long and successful relationship with the hugely influential owner.

The Shadwell operation has been winding down gradually since Hamdan Al Maktoum passed away just over a year ago and, while major operators like Dermot Weld and Sir Michael Stoute will no longer train any of the horses on what has now become a much-reduced string, Prendergast has spoken of what it means to him to have been left on the training roster. Mark and Charlie Johnston, Ed Dunlop, Brian Meehan and Freddy Head were also axed during the restructuring process.

While Prendergast did not receive any Shadwell 2-year-olds this year, he will train up to five older horses for the team, along with roughly ten others for different owners, which according to the multiple Classic-winning trainer, is just enough to keep things ticking over.

“We only have 15 horses for the season, that's all, but we've enough,” Prendergast said. “We have had a good innings and we'll keep going until the man upstairs calls it all to a halt.”

Awtaad (Ire) (Cape Cross {Ire}) sent the Curragh into a tizzy when carrying the famous blue and white silks of Shadwell to victory in that memorable Irish 2,000 Guineas of 2016 and that, along with the gallant effort of Madhmoon (Ire) (Dawn Approach {Ire}) to finish second in the 2019 Derby, were put forward as the highlights by Prendergast in a relationship that spanned over three decades.

“We were together for over 30 years,” Prendergast said. “We had some great days. We won an Irish Guineas together with Awtaad and were probably a bit unlucky not to win the Derby with Madhmoon. They were the highlights but we had a long and successful relationship together-a lot of great days.

“It was disappointing that Madhmoon got a little setback after finishing second in the Derby. I had a lot of Group and Listed winners for him but, to be second in a Derby and to win an Irish Guineas, they were the highlights.

Prendergast added, “He was a proper gentleman. He was extremely modest, very easy to work for and he took the good news and the bad news just the same. If something went wrong, he just moved on from it and was very forgiving and appreciative of all the work everyone did.

Prendergast has yet to send out a winner from just 12 runners this season but has a number of entries over the coming days, including the 103-rated and Shadwell-owned Monaasib (GB) (Bobby's Kitten). Regardless of how this season goes, the trainer, who will be forever remembered for managing the career of the 1977 Guineas winner Nebbiolo (GB) (Yellow Gold {GB}) and many others, believes the last of his Shadwell string will leave his Friarstown base by the end of the campaign.

“I was the first trainer in Ireland to train for Hamdan Al Maktoum,” he reflected. “Dermot Weld got some horses more recently and, when they didn't have enough horses to go around, I was left with the horses that I had, which was very good.

“Most of them were sold off, but we were left with four or five and, by the end of this season I would imagine that they will be weeded out as well. We didn't get any 2-year-olds.”