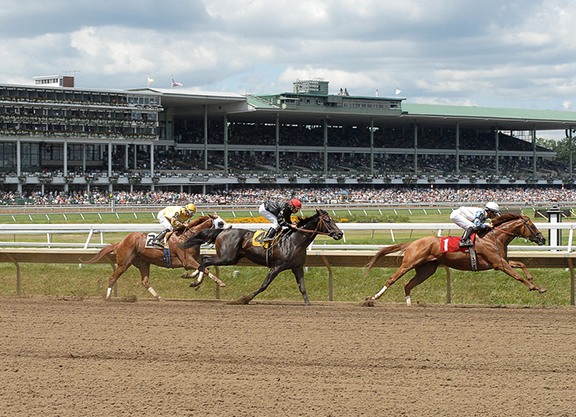 A stand-alone bill that would specifically authorize New Jersey's horse tracks to conduct poker games for the first time was filed in the state's legislature July 2.

According the explanatory statement included in the one-page Assembly Bill No. 4365, “This bill authorizes poker to be played in poker rooms at horse racetracks in this State. The bill states that the Legislature finds and declares that the card game poker is a game of bluff and skill and is not restricted by the gambling provisions of the State Constitution.”

The poker news site Cardschat reported July 9 that poker rooms are a “monopoly” currently limited to Atlantic City casinos, and that the inclusion of the phrase “poker, as conducted under the bill, will not violate any criminal law of this State,” would allow poker rooms to open in existing gaming facilities without a referendum by voters.

Cardschat also noted another key distinction of the bill: The Division of Gaming Enforcement, and not the New Jersey Racing Commission, would have jurisdiction over poker rooms at racetracks.

The bill, filed by Republican Assemblyman Ronald Dancer, was referred to the Assembly's Tourism, Gaming and the Arts Committee.

“Dancer has tried to expand poker in the state before, first introducing similar legislation in 2016,” Cardschat reported. “None of his bills made it past legislative committee discussion. His new bill doesn't offer a provision for the state's tracks to offer online poker,” which is noteworthy considering current COVID-19 protocols restricting on-site casino gaming.