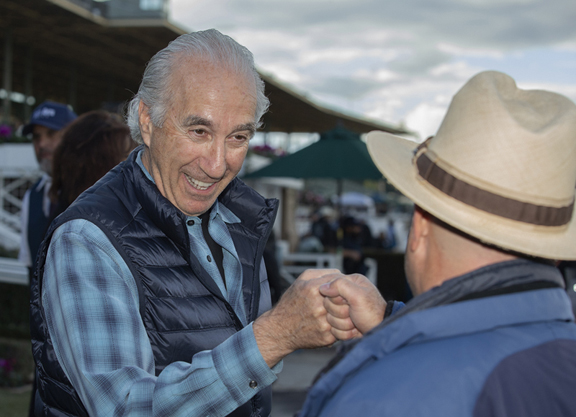 Beyond the Waves (Ocean Crest), dam of 2019 Horse of the Year Bricks and Mortar (Giant's Causeway), GSW Emerald Beech (Maria's Mon), and additional MSW Beyond Smart (Smart Strike), was honored with the Broodmare of the Year title.

Chaplain Humberto Chavez received the Industry Service Award, given to a person or entity who has made exceptional contributions to the industry. Madaket Stables and partners received the Cot Campbell Racing Partnership of the Year award. The National HBPA Claiming Crown Horse of the Year was Royal Squeeze (Wildcat Heir). The Rood & Riddle Sport Horse of the Year went to Lila Sessums's “Jet,” the Thoroughbred that accumulated the most points in competition as tracked by the United States Equestrian Federation.

Horse Farms Forever received the Robert N. Clay Award, which, in partnership with the Equine Land Conservation Resource, recognizes a member of the Thoroughbred community who has made an outstanding contribution to preserving land for equine use.

The TOBA Awards also honored the achievements of Thoroughbred owners and breeders in 22 states and Canada.