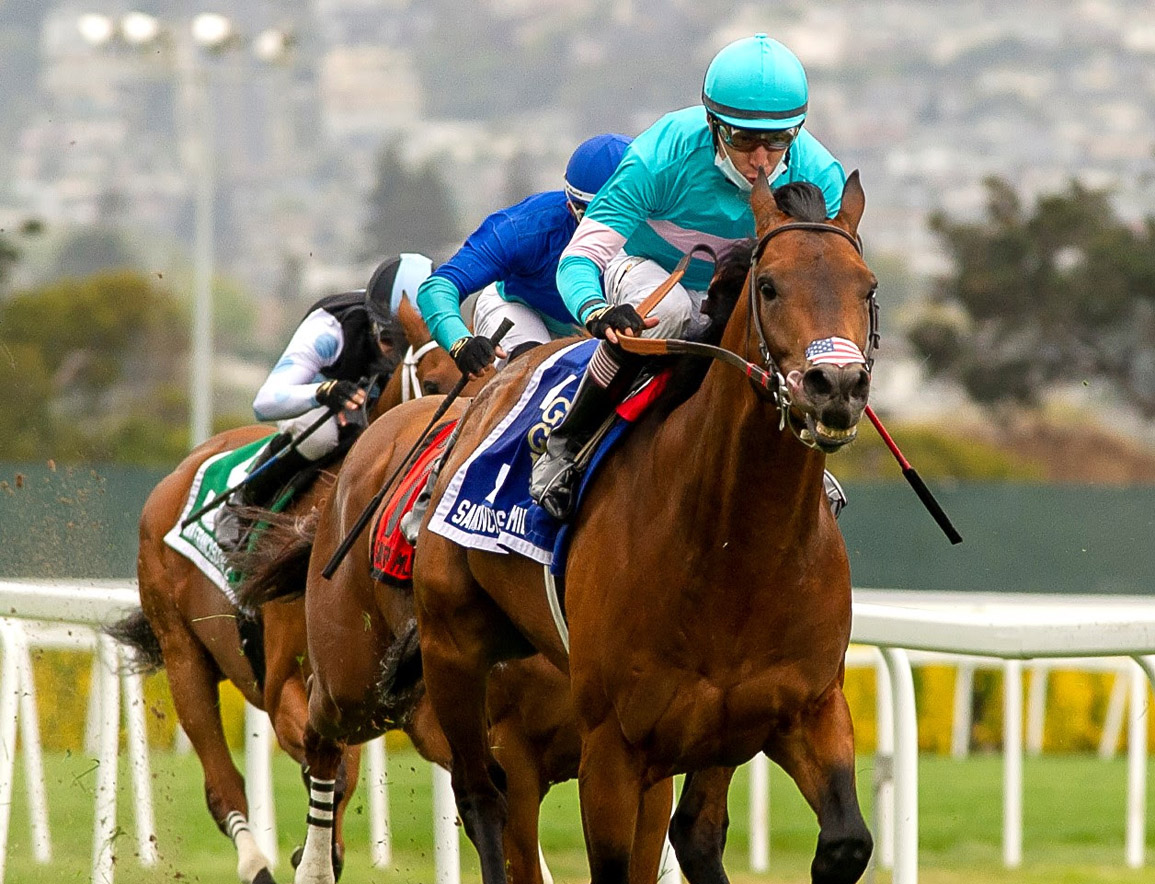 The Tattersalls August Sale was last year borne out of necessity-a three-month gap in the calendar lasting until early June making it difficult to assess the merits of stock for a horses-in-training sale only a month later, and Covid restrictions complicating sales logistics-but the fixture that was instituted last summer as a back-up plan for vendors and buyers proved an inspired concept. Demand for horses was high and figures wound up not far off the popular and well-established Tattersalls July and Autumn Horses-In-Training Sales. The August Sale saw 510 sold from 561 offered (91%), with an average of 16,530gns and a median of 9,000gns.

The Tattersalls August Sale is back for a second renewal at Park Paddocks this week, though the return to normalcy of the July Sale means this catalogue is slightly smaller and is therefore down to two days on Tuesday and Wednesday. The 458 offerings comprise horses in and out of training, fillies and broodmares.

Like its July and Autumn counterparts, last year's August Sale proved extremely popular among buyers from the Middle East-four of the top five lots were purchased by Saudi connections, and another for Bahrain with the potential to run in Riyadh-as well as America and the National Hunt sector. There will be plenty for those markets, and indeed many others, to sift through this week. Among the headliners of the catalogue are wildcards Trais Fluors (GB) (Dansili {GB}) (lot 190C) and Pablo Escobarr (Ire) (Galileo {Ire}) (lot 421A). The latter, a 5-year-old gelding from the William Haggas yard, finished eighth in the recent Ebor H., having previously run third behind Hukum (GB) (Sea The Stars {Ire}) in the G3 Geoffrey Freer S.

Juddmonte brings a boutique draft of four here, and those are headed by Fabilis (GB) (Frankel {GB}) (lot 380), who won twice last year at two and again over 2400 metres on the Newmarket July course on Friday. Jockey Rossa Ryan said after Friday's race, “A mile and a half is fine but he would stay a mile six I'd say as he settles and relaxes well. When he gets a good strong gallop he is really happy. He is in the sales and he will do well for whoever gets him as he is a good little horse.”

As part of an ongoing culling process, Shadwell Estate Company brings 44 to Park Paddocks. Those include Afkaar (Kitten's Joy) (lot 330), a 3-year-old full-brother to Breeders' Cup winner and sire Bobby's Kitten and multiple Grade II winner Camelot Kitten who broke his maiden on Apr. 5 at Marseille Borely for trainer Jean-Claude Rouget; Maraakiz (Ire) (Muhaarar {GB}) (lot 332), a gelded 3-year-old son of South African champion filly Entisaar (Aus) (More Than Ready) who won at two; 3-year-old colt Mothill (Ire) (Golden Horn {GB}) (lot 371), who has a win and a second from four starts between 2000 and 2400 metres for trainer Jean-Claude Rouget; Taskheer (Ire) (Golden Horn {GB}) (lot 373), a winner in his third start in May at three for trainer Francois Rohaut; and Taqareer (Ire) (Frankel {GB}) (lot 369), a winner at three last year and placed in four of six runs this season at the handicap level for John and Thady Gosden.

Other highlights of the catalogue include wildcard Inigo Jones (GB) (New Approach {Ire}) (lot 404A), a Cheveley Park homebred 3-year-old colt who was third in the 2000 metre Listed Newmarket S. in May; Zagato (GB) (Frankel {GB}) (lot 424), a 3-year-old colt out of Izzi Top (GB) who won over a mile at Thirsk in June and is rated 85; and French listed-placed 2-year-old Bunglejungleparty (Ire) (Bungle Inthejungle {GB}) (lot 169).

The Tattersalls August Sale begins at 11 a.m. at Park Paddocks on Tuesday and Wednesday.

This story was posted in Shared News Europe and tagged Tattersalls, Tattersalls August Sale, Whisper Not.