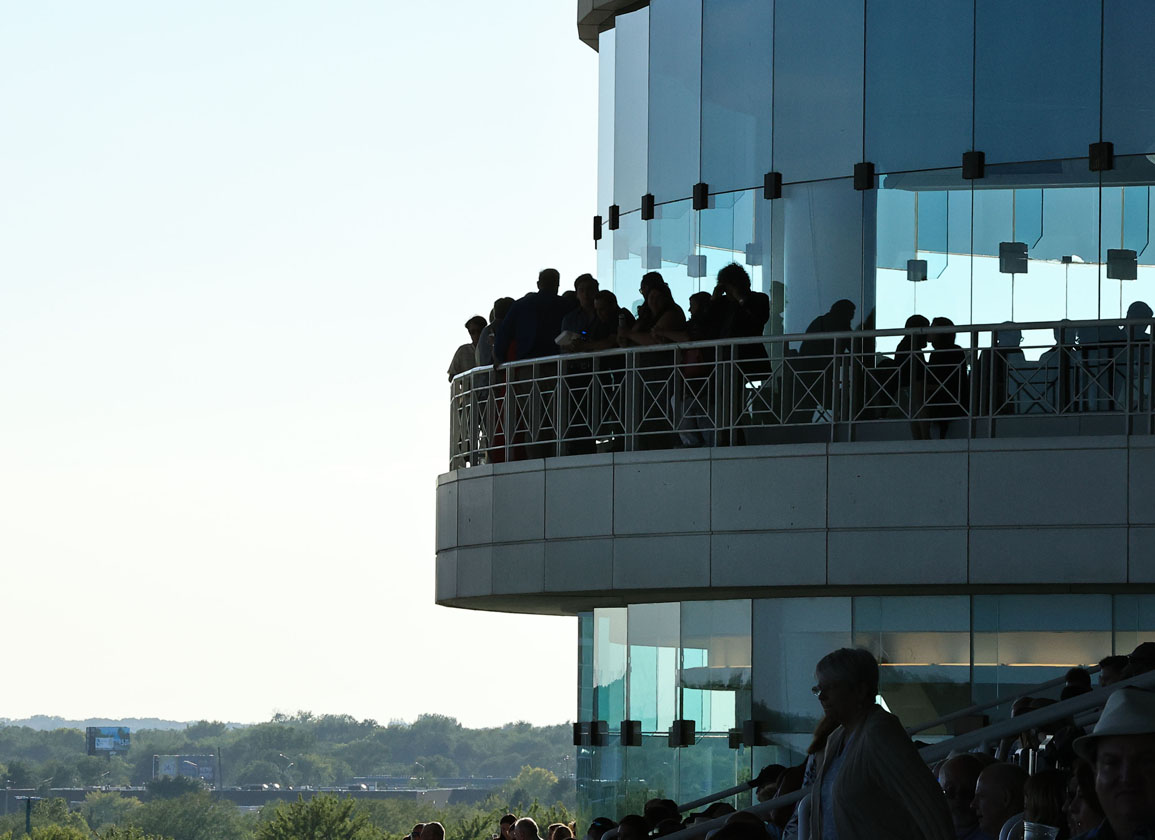 For the fourth consecutive meeting of the Illinois Racing Board in the six months since Churchill Downs, Inc. (CDI), announced its industry-devastating intention to sell Arlington International Racecourse for “non-horse racing” purposes, the 10-member board on Tuesday remained stunningly silent on the prospect of suburban Chicago's premier Thoroughbred venue going dark forever after Sept. 25.

How pronounced was the “elephant in the room” syndrome during the IRB's one-hour Aug. 17 teleconference?

After listening to impassioned pleas from the Illinois Thoroughbred Horsemen's Association (ITHA) and members of Arlington's backstretch community for the IRB to undertake some form of action that might stave off closure or at least ensure a fair bidding process that could help a different operator gain control of the iconic track, commission members said absolutely nothing in response.

After the IRB heard the desperate pleas of the horse people, the board quickly and mutely moved on to a non-critical voting exercise that was the figurative equivalent of rearranging deck chairs while the Titanic swiftly sank.

Among the far-flung items that the IRB devoted time to advancing unanimously by voice vote on Tuesday were a series of rulemaking initiatives pertaining to a 15-cent tax on racetrack admissions, the outdated practice of tracks issuing admission tickets to patrons, and giving permission for tracks to allow patrons in tax-free after the sixth race instead of the seventh.

Left abjectly unaddressed was the fact that as of next season, it appears more and more of a reality that the IRB won't have to worry about collecting that 15-cent admissions tax at Arlington, because the iconic Thoroughbred venue could be bulldozed for development by then.

“We find ourselves in the most difficult place of losing Arlington altogether,” ITHA president Michael Campbell said during the public commentary portion that started the meeting. “And even though there's another consortium out there that wants to buy Arlington Park for the purpose of racing, it's my belief, because of intel that I'm receiving, that the highest bid won't [save the track from redevelopment].

“Now that's inconceivable to me, because in any business situation I've been involved in, it's the highest bid that counts. But not in this one. Because the worst-kept secret in Illinois–and we all know it–is that Churchill Downs and [that corporation's business entity at] Rivers Casino is attempting to eliminate horse racing at Arlington Park because they're afraid that it will turn into a [competing] gaming location,” Campbell continued.

Campbell labeled CDI's stated attempt to make sure that Arlington gets sold to a non-racing entity as “obstructionist,” and he said such behavior by the gaming corporation is “unconscionable from my standpoint.”

Although CDI has stated it has received multiple bids on the 326-acre Arlington property, only four have been publicly disclosed by the bidding parties.

Just one, submitted by the track's former president, Roy Arnold, in partnership with developers and investors, calls for the track to remain in place, while a mid-size arena for a minor-league hockey team is constructed as part of a 60-acre entertainment district alongside a 300-unit housing development and 60 acres of industrial space. Racing would continue under that new ownership.

A public announcement on CDI's selection of the winning bid is expected to come by early fall, and the local regulatory approval process could start before the end of the year.

“I would implore this commission: Use your authority. Look into this. Create transparency in this bidding process. There's no reason that bad actors should be rewarded in this state,” Campbell said. “Please help us out here. We have to save Arlington Park.”

After the rulemaking voting took place, to close out the meeting, each of the commissioners were called upon to make comments on any topic that they felt was important for the board to address.

Most commissioners opted to remain silent. Several took the opportunity to welcome a new commissioner or to say they'd like to read a series of scholarship essays written by children from the backstretch community that had been referenced earlier. Only one of the 10, Alan Henry, brought up Arlington at all.

As he has for four consecutive meetings now, Henry read into the record prepared statements underscoring the dire nature of Arlington's pending closure.

But Henry offered no plan of action in which the IRB would step up and take an active role in trying to help the state's Thoroughbred racing survive. Hawthorne Race Course is the only Chicago-area track to have applied for 2022 dates, and its annual calendar will have to be split between Thoroughbred and Standardbred dates next season.

“From what I can gather, as of [Aug. 16], at least one group that wants to keep [Arlington] alive remains actively in the running, most realistically in 2023, and is seeking ways to make a deal work,' Henry said. “The industry is facing a totally avoidable tragedy and drifting an dangerous waters.”