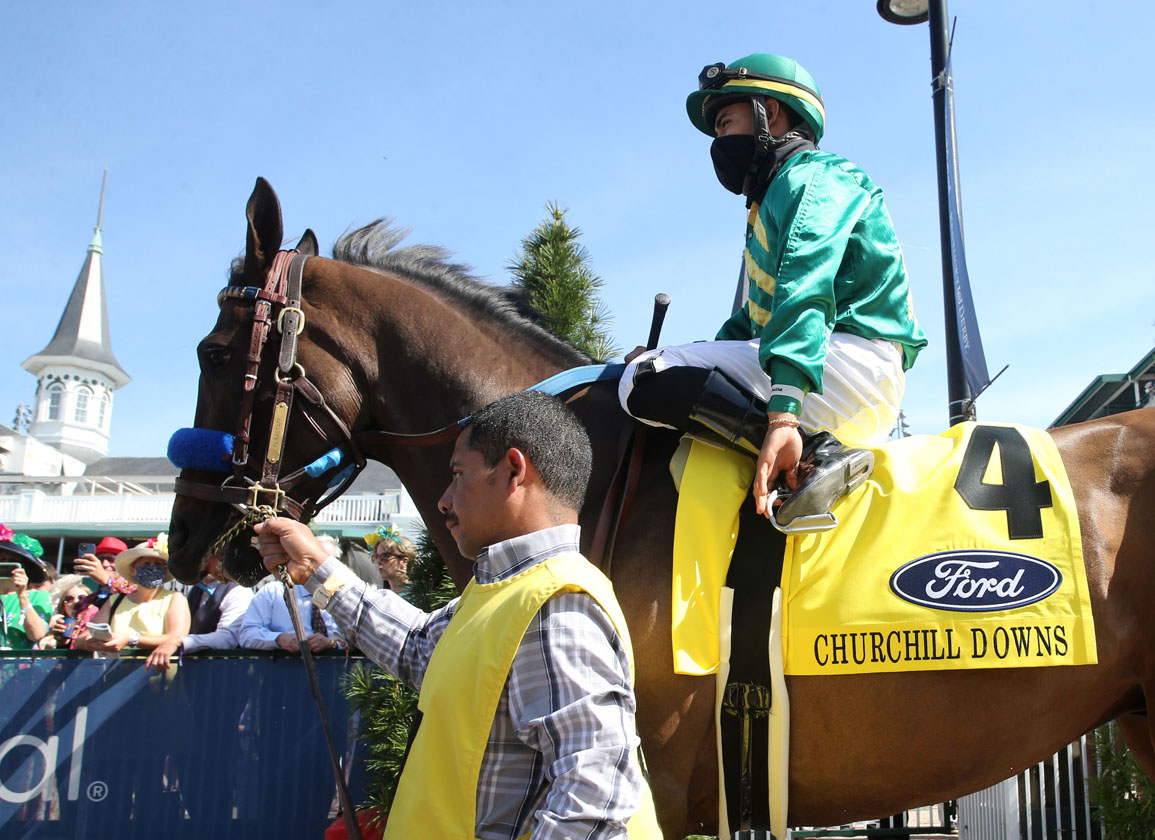 Trainer John Sadler has been fined $5,000 by the Del Mar stewards, and has entered into a settlement agreement and mutual release with the California Horse Racing Board (CHRB), for “knowingly” bringing a horse into a CHRB enclosure “that had been administered bisphosphonates within previous six months,” according to a ruling Friday.

The horse in question–as first reported by the BloodHorse–was GISW sprinter Flagstaff (Speightstown), who was recently retired at the age of seven.

Flagstaff tested positive for the bisphosphonate “clodronate” after finishing second in the 2020 GII Santa Anita Sprint Championship. The Santa Anita stewards subsequently disqualified him, requiring $40,000 in purse monies to be returned, according to a ruling dated June 19 this year.

Bisphosphonates are Food and Drug Administration approved for use in horses 4-year-olds and up for things like osteoarthritis and navicular disease.

But many in the industry have been concerned about the off-label use of these drugs, especially in young horses being prepared for the sales. That's because, rather than strengthening bones as intended, misuse of these drugs could make them weaker, more susceptible to fractures.

These drugs, however, have been notoriously difficult to regulate. Part of the conundrum is that too little is currently known about how long they remain in the horse's system. Bisphosphonates potentially stay in the bone for years.

Too little is also currently known about exactly how they behave for that duration.

As of July 1 last year, the CHRB put into effect a rule broadly prohibiting administration of bisphosphonates to any horse within any CHRB regulated facility. It also prohibits any horse from entering the grounds that has been administered the drug within six months.

Sadler's attorney, Darrell Vienna, stressed that the ruling did not constitute a fine for a medication positive. “If you look at the wording of the actual rule,” he said, “this is not a medication violation.”