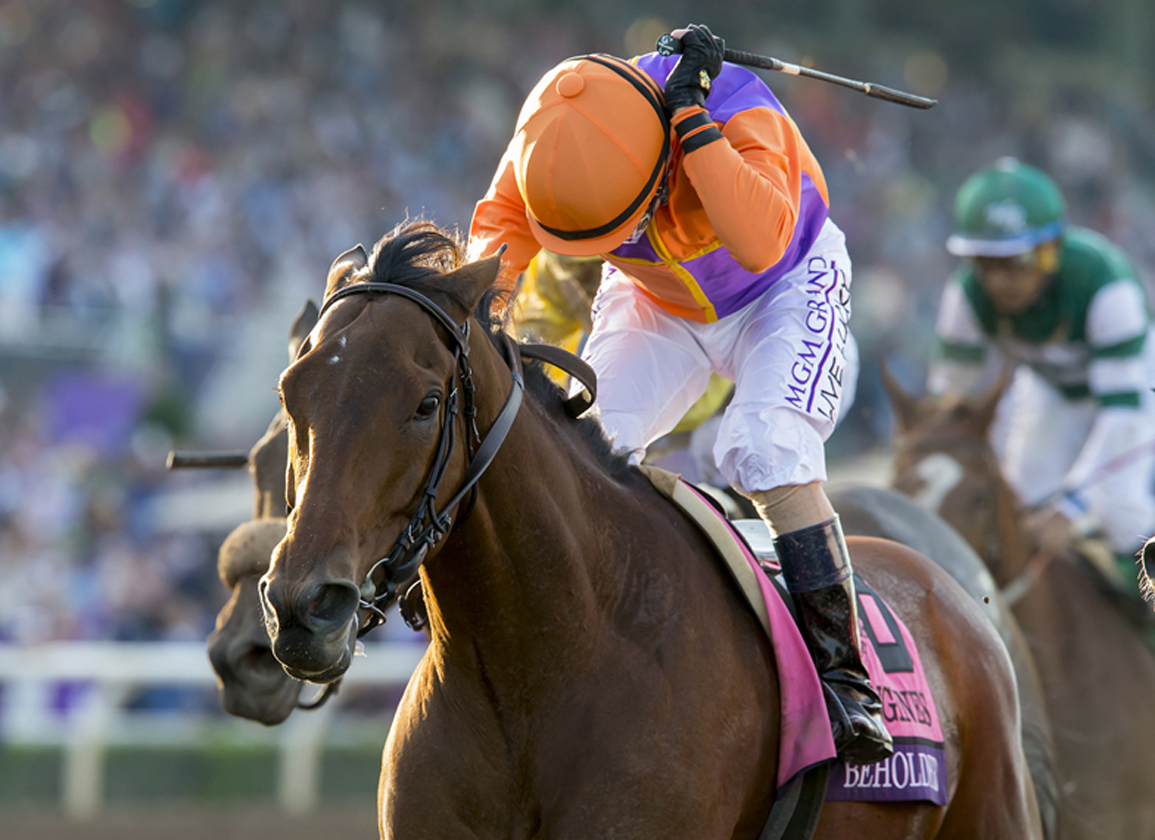 Eight new members have been elected to the National Museum of Racing and Hall of Fame, including Eclipse Award winners Beholder (Henny Hughes) and Tepin (Bernstein) in the contemporary category, both chosen in their first year of eligibility. The other members of the class of 2022 are divisional stalwarts Hillsdale (Take Away) and Royal Heroine (Ire) (Lypheor {GB}) and, via the Historic Review Committee, Classic-winning trainer Oscar White.

The new inductees will be honored 10:30a.m. Friday, Aug. 5 at the Fasig-Tipton sales pavilion in Saratoga Springs, NY.

The ceremony will be broadcast live on the Museum website at www.racingmuseum.org. The event is open to the public and free to attend.

The Eclipse earning turf mare in 2015 and 2016, Robert Masterson's Tepin won 11 graded/group races, including winning efforts facing males in the G1 Queen Anne S. at Royal Ascot and the GI Woodbine Mile. The winner of 13 races from 23 starts, the Mark Casse trainer retired with over $4.4 million in earnings.

Indiana-bred Hillsdale enjoyed his best season at four in 1959, winning 10 of 13 starts, including the San Carlos S., San Fernanado S., Californian, Hollywood Gold Cup and American H. A winner of 16 stakes at 11 different tracks, the Martin Fallon Jr. trainee retired with in excess of $600,000 in earnings (ranking him in 13th all-time at that time).

Campaigned by Robert Sangster in the U.S., England and France, Royal Heroine won 10 (eight stakes) of 21 career starts for earnings over $1.2 million. Among her chief victories in Europe for Sir Michael Stoute are the Prix de l'Opera at the Princess Margaret S. at Royal Ascot. In the U.S., she added wins in the GI Breeders' Cup Mile, GI Hollywood Derby, and GI Matriarch S. while under the care of John Gosden.

Representing the human inductees, Oliver White, who trained exclusively for the Jeffords family, won 706 races, including 104 stakes. Included among his top runners, Horse of the Year One Count, Ch. 2-year-old and Classic winner Pavot and Ch. 3-year-old Filly Kiss Me Kate.

Chairman of NYRA for eight years during the 60s, James Cox Brady also enjoyed success as an owner, campaigning the likes of champion War Plumage and graded stakes winners Casemate, Secret Meeting, Landlocked and Artismo. From 1938 through 1970, Brady's horses won 234 races with earnings on over $2 million. He also served as a steward and vice chairman of The Jockey Club and the Thoroughbred Racing Association. Additionally, he was one of the original directors of NYRA and a founding director of the Monmouth Park Jockey Club.

An exercise rider of flat and steeplechasers in his youth, Marshall Cassidy is credited with devising the modern stall-style starting gate, improving the photo-finish camera system, inventing the electric timer and introducing saliva testing and pre-race veterinary exams. He also served as director of racing for NYRA from 1963 through 1968 in addition to a position as executive secretary of The Jockey Club.

Attorney and rancher James Ben Ali Haggin made his fortune investing in mining, making him one of the wealthiest individuals in the country at the time. Establishing a breeding center on Rancho del Paso near Sacramento in 1873, he was responsible for Hall of Famers Firenze and Salvator. Establishing a stable in the east in the mid 1880s and later purchasing Elmendorf Farm in Kentucky in 1897, Haggin also campaigned Classic winners Ben Ali and Tyrant. He is also credited with the purchase of Hall of Famer Miss Woodford, in addition to having bred top horses including Africander, Sir Walter, Tournament, Waterboy and Tradition.