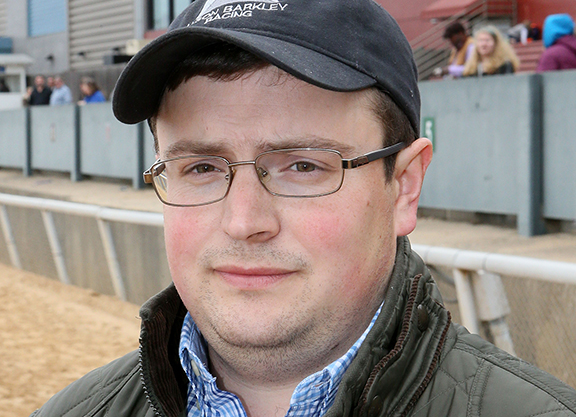 A trio of thirty-something trainers has been elected as newcomers to the Kentucky HBPA board with the addition of Jason Barkley, Norm Casse and Bentley Combs.

Hiles, who has been president for 21 years with another 16 spent serving on the board, said he welcomes getting the millennials involved. Barkley (32), Casse (37) and Combs (33) join 37-year-old Foley, who was elected to a third term.

“Everything we've got we fought for,” Hiles said. “Every purse, every benefit, every program back here, the HBPA has fought for. I'm glad to see some young guys getting involved. I'm getting old, and so is [executive director] Marty [Maline]. They need to learn, because they're going to have to take this over. It's good to see some new young people coming to get involved. I'm tickled. It will be good for the organization.”

“I was just trying to get my bearings, see how everybody goes about their business,” said Barkley, a fourth-generation horseman from the Evansville-Henderson area who began training full-time in 2017. “A lot of those guys have been there for a while. You try to take your cues from them. I want to be an advocate for the horsemen. Sometimes I feel like the big things get handled and maybe the smaller things can fall through the cracks–things we talk about on the rail, [I can] take those to the meetings.”

“I learned a ton of stuff I didn't even know existed, frankly,” said Combs, who grew up in Lexington and also has an MBA from Ole Miss. “Being on the HBPA board, you get to see the overall business side of it, as far as the money taken in, where it's going, the good causes. The health and welfare stuff they were talking about, I had no idea.”

Casse is a third-generation horseman from Louisville who began training in 2018 after 12 years as an assistant trainer for his father, Mark.

“I feel like I've got a finger on the pulse, so to speak, of what we need,” he said. “I owe horse racing everything. It's the right thing for me to do, to start giving my time and helping other people as well. It's not like I have any preconceived notions. I'm very green when it comes to this type of the thing. But I want to look out for the horsemen and the best interest of the trainer. I feel it's part of my obligation to give the time to do that.”