This Side Up: Young Guns Seek Juvenile Momentum 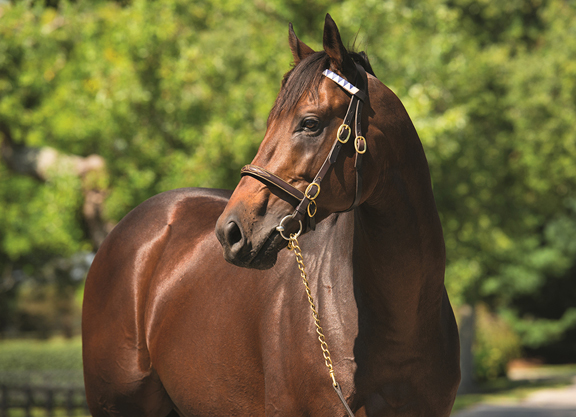 You can't really resent someone hoarding the ammunition, if he only needs it because he's being forced to play Russian roulette.

That's pretty much how things are for all those new, unproven stallions who corral such huge books of mares. Yes, I remain ever aggrieved on behalf of those quiet achievers who never get commercial traction, despite results that will almost invariably prove beyond their emerging rivals. But I do feel increasing sympathy for the young guns, because their margin for error is zero. They have to land running, or they can pack their bags.

Only rarely can a horse persuade the market to repent, like Daredevil. His export to Turkey last year, certainly, was a good deal more typical than his recent repatriation. After entertaining 376 mares across three seasons, he had found himself reduced to 21 as breeders moved on to the next parade of clean-cut cadets.

Such is the ruthlessly narrow window of opportunity. While allowances may be made for the two-turn type–whose clientele tend to be in less of a hurry and may even, glory be, include end-users–any of us can already look down the current freshmen's table and speculate which may be first to Louisiana, and which to Korea.

The juvenile program at the Breeders' Cup on Friday serves as a real “windsock” for those latest stallions trying to get airborne. Needless to say, we also have several established names defending their patriarchal status through the likes of Essential Quality (Tapit). But the annual distribution of the mare pool is such that the most precocious animals in any crop–typically out of more commercial dams–tend to represent the new blood.

Sure enough, Not This Time looks to seal his flying start with an unbeaten favorite, Princess Noor, in the GI Juvenile Fillies. In the same race, others near the top of the freshmen's league are represented by Simply Ravishing (Laoban) and Vequist (Nyquist).

Success for Vequist would show how tightly these cycles turn: Nyquist himself, in sealing his championship at the Breeders' Cup, belonged to the first crop of Uncle Mo–who duly gained an eponymous momentum he has maintained ever since.

Nyquist also fields Gretzky the Great in the GI Juvenile Turf (presented by Coolmore America), where Outwork has the chance to consolidate his own strong start through Outadore. And in the GI Juvenile (presented by Thoroughbred Aftercare Alliance) itself, a whole bunch of freshmen take a hand: Not This Time again, plus one apiece for Upstart, Frosted and Brody's Cause; and a couple of longshots for Laoban.

Even getting this far, mind, is only a start. Plenty of stallions have faltered after producing one or two headliners early in their careers. The challenge, then, is to consolidate after the same fashion as Maclean's Music, who gained his first-crop foothold through the GI Preakness success of Cloud Computing but has now, crucially, built on that with two Breeders' Cup favorites: Complexity, in the GI Big Ass Fans Dirt Mile; and Jackie's Warrior, here in the Juvenile.

Complexity has regrouped splendidly after bombing in the 2018 Juvenile, having pitched up (just like Jackie's Warrior) as a dazzling GI Champagne winner. Jackie's Warrior's forte, unsurprisingly in a barn full of speedballs, appears to be “pouring it on”. Whether he can stretch again remains to be seen: for the one-turn mile at Belmont, he tempered his opening fractions to 23.12 and 46.54, having blazed 22.56 and 44.83 in the GI Runhappy Hopeful S. and 22.06 and 44.85 over six on his previous start. The handicappers who think money grows on speed figure trees will seek no farther.

But if Maclean's Music is a model for the rookies–in his own freshman campaign, 20 winners from just 40 starters conceived at $6,500 earned him 181 mares (including the dam of Jackie's Warrior) at $25,000 the following spring–then he is still gazing upwards at venerable Classic influences like Tapit and the late Empire Maker. 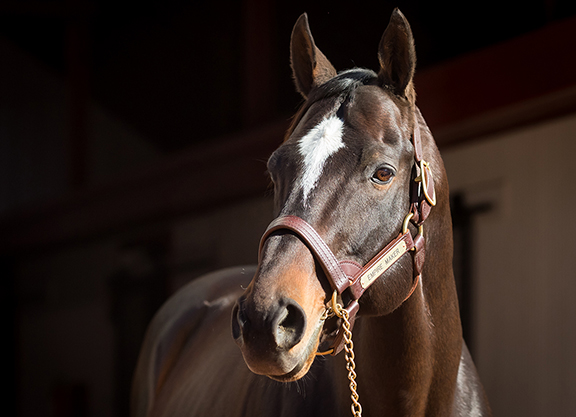 The late Empire Maker could add to his legacy | EquiSport Photos

The single consolation, when Empire Maker died at the start of the year, was that he had long secured his legacy, with grandsons at stud including American Pharoah, Cairo Prince, Classic Empire, Midnight Storm and Always Dreaming. True, their respective sires had left the stage: Pioneerof the Nile predeceased Empire Maker, while Bodemeister was one of those posted to Turkey after failing to build on his breakout. With another couple of crops in the pipeline, however, Empire Maker may yet add one or two direct heirs.

As a $775,000 Keeneland September yearling, Classier was certainly priced to be a stallion–and his powerful ownership group could not have asked for a better start. They will be making no assumptions, however, after what happened with another son of Empire Maker in this race last year.

The implosion of Eight Rings opened the door to Storm the Court (Court Vision), whose shock success was by no means an outlier in a race that has also given us the likes of Action This Day (Kris S.), Wilko (Awesome Again), Vale of York (Ire) (Invincible Spirit {Ire}) and Anees (Unbridled). In that tradition, I offer you Rombauer (Twirling Candy).

Certainly his sire sets an exemplary pattern to the young guns, having dropped from $15,000 to $10,000 when his first runners appeared before earning gradual increments to $40,000. In the present market, moreover, for Twirling Candy to hold that fee for 2021 in effect represents another hike. And the diversity of his best stock, from dirt dashers (like GI Breeders' Cup Sprint candidate Collusion Illusion) to turf routers, puts him in a strong position in the race eventually to succeed Candy Ride (Arg).

Actually his sire's flexibility almost put Rombauer off the scent, as he started his career on grass. But then the excellent Michael McCarthy switched John and Diane Fradkin's homebred to the main track for the GI American Pharoah S. The result was a really auspicious two-turn dirt reconnaissance. Detached early, while appearing perfectly at ease, he circled the field with a powerful move and closed to within a length of the winner, who had been handy throughout, clearing away all the while from Classier's odds-on barnmate Spielberg (Union Rags).

Rombauer has royal Californian blood: his second dam is Ultrafleet, who gave us not only Breeders' Cup Turf Sprint winner California Flag (Avenue of Flags) but also his sister Cambiocorsa, “queen of the hill” at Santa Anita and granddam of Roaring Lion (Kitten's Joy).

This winter brings us the poignant, fleeting opportunity to buy the only weanlings by Roaring Lion, whose story reminds us how unpredictable are the paths ahead of even the most wonderful young horses. Safe travels to all, then. All the rest is gravy.

This story was posted in Shared News and tagged Chris McGrath, freshman sires, juveniles, Not This Time, Nyquist, This Side Up, young sires.